South Korean shipyards remain the preferred option among Greek ship owners, especially when it comes to ordering their latest high-tech and niche-busting LNG carriers. According to data compiled by VesselsValue, exclusively for Hellenic Shipping News Worldwide (www.hellenicshippingnews.com), the current orderbook by Greek owners in South Korean yards stands at 60% of their total, with 118 ships, worth just over $14 billion USD. Out of this amount, $10.3 billion is invested towards building 55 LNG newbuildings, while an additional $3.4 billion has been contracted in South Korean yards for 58 tankers of all shapes and sizes, with a total capacity of 7.86 million tons dwt. It seems that Greek owners are valuing the technological edge and expertise among South Korean yards, when compared to other countries. 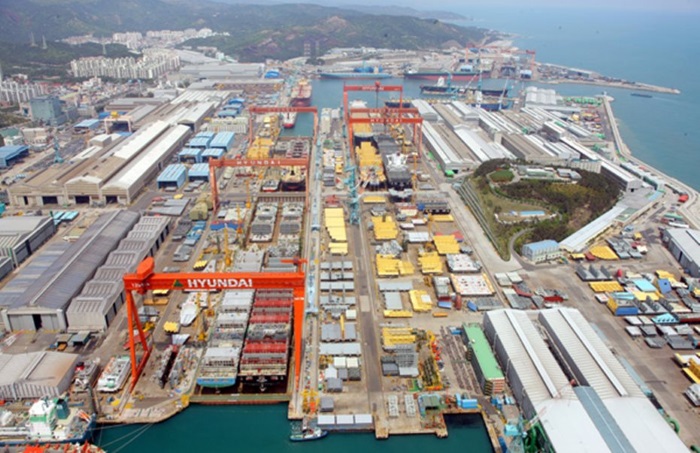 For instance, in China, Greek shipping interests are currently building 56 ships, worth $2.3 billion, which equates to a market share of 29% (among the Greek clientelle that is). According to VesselsValue, ship owners from Greece have placed orders for 33 dry bulk carriers, worth just over 1 billion USD. These ships will add 3,283,700 tons of carrying capacity to the Greek-owned dry bulk fleet, when they are delivered over the next few years. An additional 13 container ships are being built in China, worth over $710 million, together with 10 tankers, worth over $535 million. By contrast, Japanese yards, once-dominant in terms of market share among Greek owners, are now building just 21 ships, of about 1 billion USD in value, i.e. approximately 11% of the total Greek orderbook. 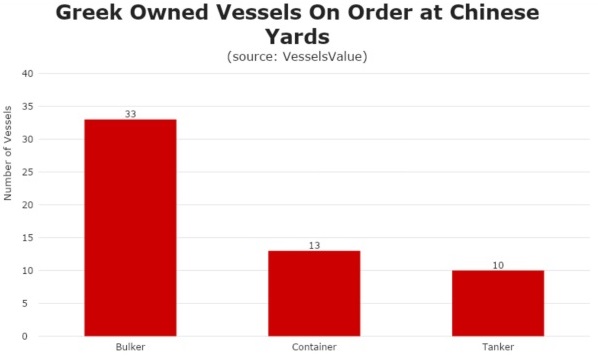 It’s worth pointing out that, over the course of the past couple of months, Chinese yards have managed to increase their orders from Greek ship owners, thanks to a more aggressive pricing policy, with discounts of 10%-15%. However, the consolidation trend in the shipypard segment, both in China and South Korea is destined to continue, given the fact that owners are reluctant to commit large amounts of capital during the current period of major uncertainties. For example, typically, the Greek orderbook easily surpassed the 300-ship mark at any given time, over the past couple of decades, which isn’t the case today. 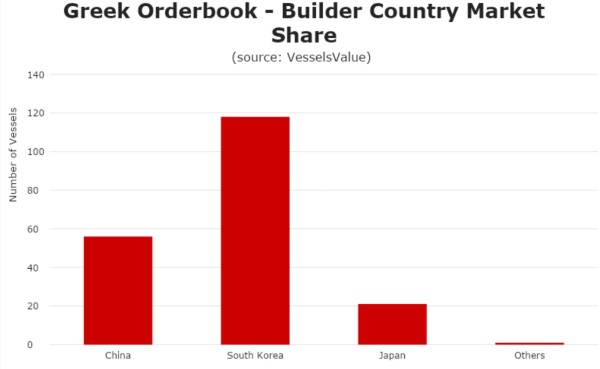 This is believed to be the result of heightened uncertainty among owners, because of the regulatory and environmental frameworks expected to be implemented during the next few years. With new and untested propulsion technologies emerging and a lack of clarity for many practical aspects of the day-to-day shipping business, most ship owners have chosen to adopt a wait-and-see stance, instead investing in retrofittings and conversions, until they have a better grasp of where things are headed in the next few years. After all, let’s not forget that when ordering a newbuilding, you must be able to have some sort of market understanding for the following 15-20 years, which – at the moment, is impossible.
Nikos Roussanoglou, Hellenic Shipping News Worldwide