Shipowners from Greece and China have exhibited a different approach in terms of their newbuilding “tastes”. In its latest weekly report, shipbroker, Banchero Costa said that “in the dry bulk market, major orders were recorded in China where U.S.-based Owner Pangaea Logistic Solutions signed for 2+2 optional Baby Capes (around 95,000 dwt) that will be delivered during 2021.Vessel to be ICE CLASS 1 A fitted and will be built at Guangzhou International Shipyard. Price reported is $38 mln each. All units will go on 10-year timecharter to Baffinland Iron Mines on delivery. Furthermore H Line Shipping has exercised an option for 3 three more Newcastlemax (around 208,000 dwt) bringing to five the total number of vessels under construction at New Times Shipyard. Vessel will be LNG fueled and Tier III. Total cost to be around $54 mln each. All units will have five year COA employment with Vale, Brazil. In the tanker market, Greek Owners moved for more orders. Chartworld Shipping signed 2+2 optional LR2 with delivery during 2nd half of 2021 at New Times. Price reported is $46.5 mln per unit. In South Korea, Enesel placed an order for 2+2 optional Suezmax units at Daehan Shipbuilding, South Korea to be delivered during second half of 2020”. 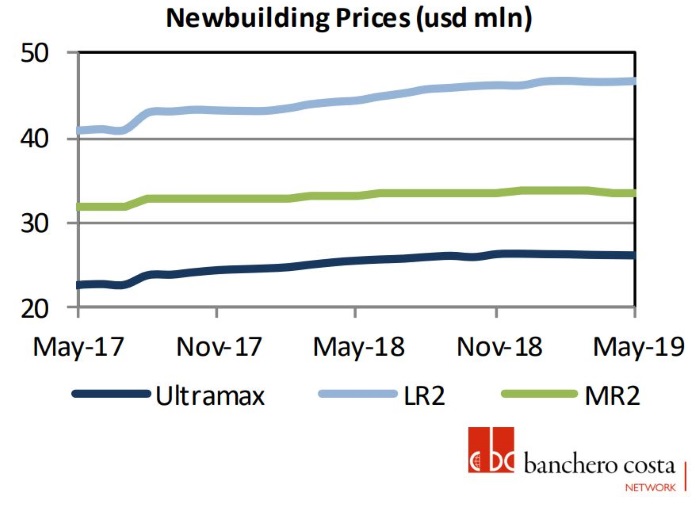 In a separate report, shipbroker Allied Shipbroking added that it was “a rather mediocre week for the newbuilding market, with overall activity holding soft for the time being. Notwithstanding this, some sort of gear up was to be noted in the dry bulk sector, with some fresh new orders, mostly for larger sized units, coming to light the past couple of days. Given the recent trends from the side of earnings, with the market, finally, showing some positive potential, we may well anticipate this active in new order to ramp up further. In the tanker sector things have gone silent for the time being, despite the overall better outlook than portray against that of the dry bulk sector. Given the hesitation of most to take up the new ordering option right now, we see buying focus to likely shift towards a rather more vivid Secondhand market, where most interested parties show eagerness to act right now. With all being said, things still remain shrouded in mystery as to what we will see next, with many ups and downs likely to be noted in the short run, while most players still hold a rather conservative attitude”, the shipbroker said. 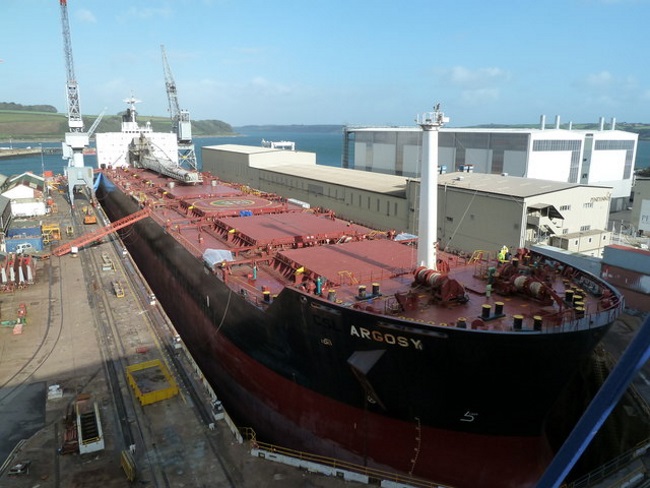 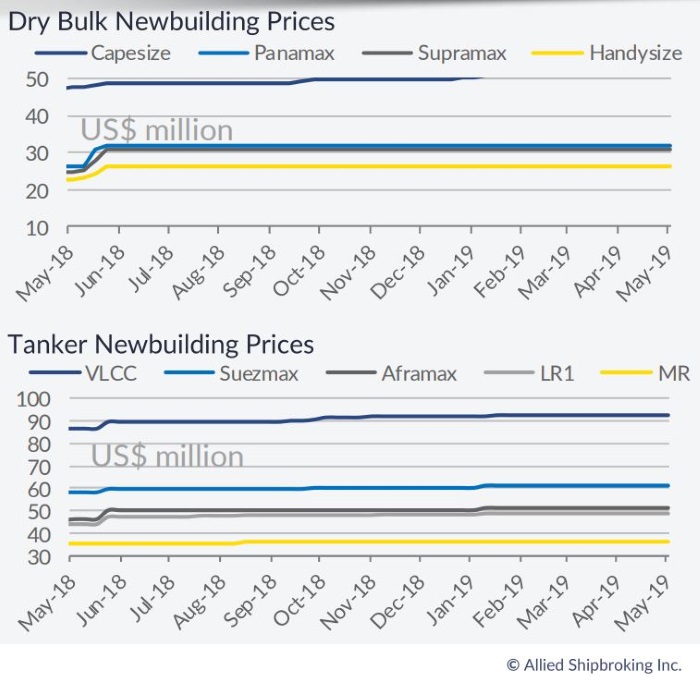 Meanwhile, in the S&P market, Banchero Costa commented that “in the dry bulk, the Ultramax “Loch Ness” around 61,200 dwt 2016 built Shin Kurushima, Japan was sold for $23 mln to Greek buyers Neptune Dry Management. She has failed about 2 months ago at more or less same level. A larger open-hatch Handysize “Cielo di Amalfi” around 37,300 dwt 2007 built Saiki, Japan was sold to Vietnamese buyers for $10.2 mln, whilst a smaller traditional Handysize “RHL Novare” around 31,750 dwt 2011 built Fujian Mawei, China achieved region $8 mln from Greek buyers, possibly Cosmoship, which name has been linked to several Handysize transactions over the last few weeks. In the tankers, a modern VLCC “Landbridge Prosperity” around 308,000 dwt 2016 built Dalian, China was sold to U.S.-based Buyers basis sale and leaseback agreement at an undisclosed price. The Suezmax “Eurospirit” of around 160,300 dwt 2000 built Daewoo was sold to undisclosed buyers for slightly excess $12 mln. Clients of Union Maritime are possibly behind the sale of Chinese built Aframax “Seaheritage” around 109,000 dwt 2005 built Hudong, at region $14 mln. Finally an unnamed Nigerian buyer is behind the purchase of 2 x Seaways MR2 tankers “Seaways Antigmar” and “Seaways Ariadmar” of around 46,100 dwt 2004 built STX, Korea at region $8.75 mln each, basis SS/DD promptly due”, the shipbroker concluded. 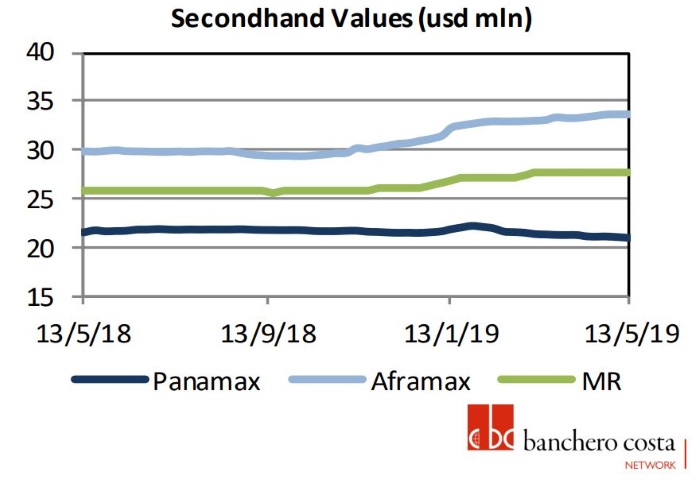 Allied added that “on the dry bulk side, another interesting week in terms of concluded volume. For the time being, we are witnessing a rather refreshed market, in sharp contrast to the extended sluggish mode that we had witnessed during the previous months. Whether this reflects a rather strong buying appetite, that will continue to nourish the market, or if its part of a plethora of sales candidates circulating the market, remains to be seen. For now, buying interest seems to be firm, while it has evenly shared between different size segments and age groups. On the tanker side, a very active week took place, continuing on from the rather upward boost noted during the previous couple of weeks. The main point here is that we finally saw interest shifting towards the larger crude oil carriers, building up at the same time a better overall sentiment for the near term. Notwithstanding this, things still seem to be in a stay of shift and could easily turn around”.
Nikos Roussanoglou, Hellenic Shipping News Worldwide