New shuttle tankers are being built with pump solutions from Hamworthy Pumps, which aims to regain its position among the leading suppliers of pump room systems. This will be done in a new powerful alliance with Hoyer Motors as supplier of electrical drive systems.

In Singapore, Hamworthy Pumps is back on its feet as an independent brand following a change of ownership. As part of an ambitious growth plan, the company has embarked on a comeback within pump room systems for tankers, where it was one of the leading suppliers to this market for decades.

Resently the new strategy has resulted in orders for pump room systems for three large tankers, with an option for a fourth. Two of the ships – both Aframax-size crude oil tankers – are being built by Hyundai Heavy Industries for the Finnish oil refiner Neste. The third – a 152,000 DWT DP2 shuttle tanker – is being built at COSCO Zhoushan Shipyard for Knutsen NYK Offshore Tankers of Norway. 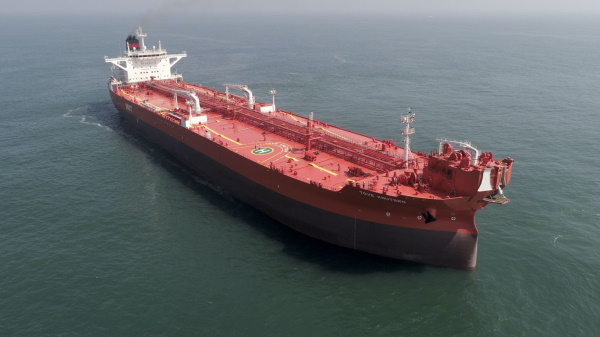 Norwegian Knutsen Group is a strong reference for Hamworthy Pumps within pump room systems. The relationship between the two companies dates back to the 1980s. The ship in the picture is shuttle tanker “Tove Knutsen” (H3114) which was delivered to Knutsen from HHI this week. Hamworthy Pumps has delivered pump room systems for both the H3114 and the sister ship H3115, which will be delivered in a few weeks.

“We have a strong ambition to gain market share in pump room systems. Neste and Knutsen are crucial references for us in that context. We continuously develop our solutions in close co-operation with end-users, ship designers and strategically selected vendors. With these orders, we send the message that we have the expertise and the setup to deliver the customized pumping solutions that the market demands”, says Terje Bjornemo, Director, Pump Room Systems at Hamworthy Pumps.

The orders for pump room systems for the three shuttle tankers have all been won in a new powerful alliance with Hoyer Motors as the subcontractor for electrical drive systems. The Danish electric motor specialist has many years of experience from the marine industry and will be a strategically important partner for Hamworthy Pumps’ re-entry to the tanker market.

“In recent years, we have strengthened our capability to serve the marine industry including expanded facilities in China and a new range of ATEX and IECEx certified, explosion proof marine motors. For these specific tankers we developed special water cooled motors to meet the PRS requirements and will continue to invest in R&D as we strongly believe in the tanker market potential,” says Henrik Sørensen, CEO, Hoyer Group.

The collaboration between Hamworthy Pumps and Hoyer Motors is further strengthened by the fact that both companies are in the process of significantly upgrading on service and aftersales. Last year, Hamworthy Pumps opened a large service centre in Singapore together with its sister company Svanehøj, and it is currently rolling out a new global service provider concept. Hoyer Motors has taken active steps into the aftermarket and is represented via selected partners in Houston, Rotterdam, Singapore and Shanghai, among others.
Source: Hamworthy Pumps