Maritime tech startup, Harbor Lab, has secured €6.1 million in funding to further develop its shipping disbursement analysis software program. Disbursements are all expenses that the Agent makes on behalf of the operator whilst the vessel is in port. Port expenses are the second largest cost behind bunkers for a shipping company and amount annually to more than $120 billion.

The Athens-based company is the first to offer SaaS (Software-as-a-Service) disbursement account analysis software that automatically calculates and evaluates port expenses against real-time port tariffs. It will use the capital injection to acquire talent to scale up its core products that are already bringing significant savings and greater transparency to the maritime industry.

The funding represents one of the largest amounts raised by a maritime technology company during a seed round. VentureFriends and Speedinvest led the funding round, with participation from a large number of additional investors including theDOCK, Signal Ocean, Motion Ventures, TecPier, Innoport, Charge VC and others. The company also received investment from notable tech founders including Alexandros Chatzielftheriou, founder of Blueground.

“Many digitalisation gaps have been closed across shipping in recent years, however the disbursements process in shipping companies is often inefficient and administration-heavy, with little visibility for the ship operator of the actual costs associated with port calls. Harbor Lab’s DA Tool addresses these issues and can save operators around $2000 per port call, when a vessel operates in the spot market, and $1500 when she is on time charter.” 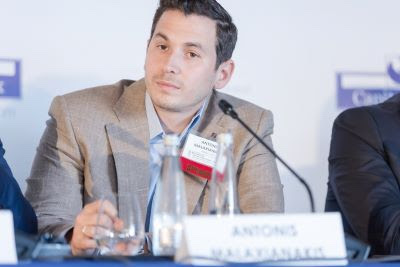 Costs paid on disbursements often include port dues, towage and pilotage fees, which combined represent the second-largest operating cost after fuel for a ship operator.

Through the Harbor Lab DA Tool, the ship operator can appoint a representative in port, confirm decisions and compare fees for items paid through their disbursements account, reducing administration by up to 500% – an operator can handle six to eight vessels manually but 40 through the platform. By leveraging the total volume of port calls processed through Harbor Lab’s platform, operators secure discounts on marine services and agency fees, producing savings that can reach on average seven times the amount spent on Harbor Lab’s services.

Since launching in March 2020, Habor Lab has received positive feedback from end users with more than 10,000 port calls processed using the software. Harbor Lab’s ship operating clients have reported a greater visibility of port costs, faster processes and savings of around 6% per call as cost discrepancies are identified.

“We are very excited to further support Harbor Lab in its quest to expand globally while establishing their footprint in major maritime hubs like Copenhagen and Singapore. We are also keen to see the product develop with the utilization of machine learning to digitalize ports around the world making shipping more efficient.” 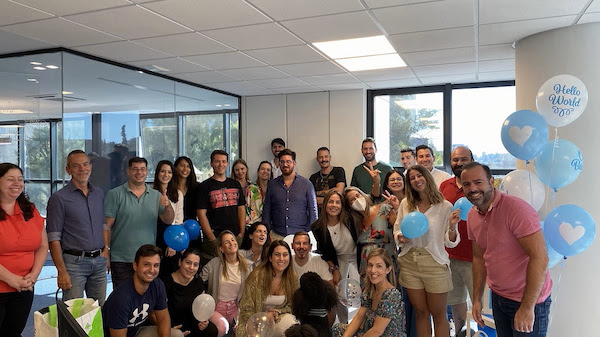 The Harbor Lab team in the Athens office

With a current client base centred in Europe, the recently secured capital will enable Harbor Lab to expand its footprint with offices throughout Asia and North America and further capitalize on the estimated $200 billion maritime disbursements industry.

“Harbor Lab is one of those rare companies that can fundamentally disrupt key operating principles of a gigantic industry. By streamlining port calls and port operations across the world, Harbor Lab unlocks massive value for shipping companies and stakeholders in ports. We couldn’t be happier to back the team on their exciting journey.”
Source: Harbor Lab

2022-12-09
hellenicshippingnews...
Previous: European house prices may be on the verge of falling, risk watchdog says
Next: Azerbaijan to see strong demand for its crude as EU oil price cap on Russia kicks in