“In the past few years, HELCOM has been keen on understanding how underwater noise impacts the different Baltic Sea animal species,” said Marta Ruiz, the HELCOM expert on underwater noise and co-author of the report. 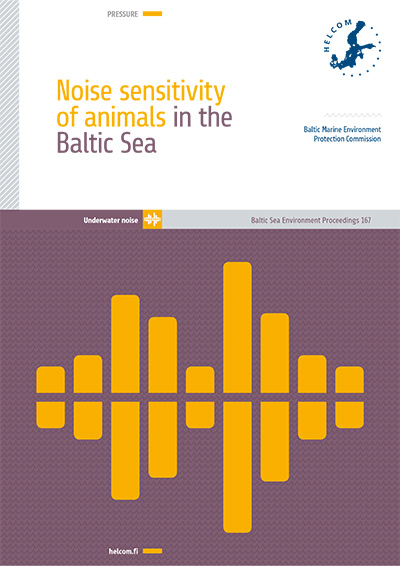 In 2013, the HELCOM members had agreed in Copenhagen that “the level of ambient and distribution of impulsive sounds in the Baltic Sea should not have negative impact on marine life.” The report is a direct response to that announcement.

A first at the Baltic Sea scale, the report identifies species which may be impacted by noise, based on the hearing sensitivity, threat status and commercial value of the animals as well as the impact of noise and the availability of data.

Seals and harbour porpoises are particularly affected by noise due to their high hearing sensitivity. These species rely heavily on hearing throughout their entire life such as for geolocation, communicating or mating, and excessive noise may lead to behavioural changes and physiological stress.

According to the report, “spatial distribution of a species is important when considering the potential risks of impacts from noise.” The report therefore provides a prioritized list of noise sensitive Baltic Sea species and highlights their distribution, to map biologically sensitive areas which also consider periods of biological significance for those species. These areas and the list of species are expected to be updated whenever more data becomes available.

Supported by the HELCOM coordinated and EU co-financed BalticBOOST project, the report is part of the flagship publication series of HELCOM, the Baltic Sea Environment Proceedings (BSEP) that have been running since the ratification of the first Helsinki Convention in 1980.

The HELCOM report “Noise sensitivity of animals in the Baltic Sea” is now publicly available as BSEP n° 167.
Source: HELCOM