Hill Dickinson solicitor and master mariner Helene Peter-Davies has been celebrated as a recipient of the Merchant Navy Medal for Meritorious Service by the International Maritime Organization (IMO) Secretary General Kitack Lim.

The Merchant Navy Medal for Meritorious Service is a state award within the British Honours System. Awarded annually on Merchant Navy Day, the medal is given for exemplary service and devotion to duty, rewarding those who have set an outstanding example to others.

Helene, who was awarded the medal 2020 in recognition of her services to women in maritime, is one of only 10 female recipients of the award since its formal inception as a state award in 2015.

During a recent event organised by WISTA UK entitled “Saluting the Seafarer: Celebrating the Female Merchant Navy Award Recipients”, Mr Lim presented her, alongside other female recipients, with an acknowledgment of this prestigious award.

Helene Peter-Davies has more than 30 years’ experience within the maritime industry, including 12 years’ sea-going experience on a variety of commercial vessels including tankers, container ships and LNG carriers.

Through her professional memberships and volunteer roles, Helene is a champion of diversity within shipping. She regularly mentors young people and, as a Liveryman of the Honourable Company of Master Mariners, she chairs the Sub-Committee for Cadet Training Standards Review, and is a Member of the Education and Training Committee. She is also a Board Member of WISTA UK, a Member of Maritime UK’s Women In Maritime Taskforce, and a member of The Maritime Professional Council of the UK. Helene has also received the Victoria Drummond Award from Nautilus International. 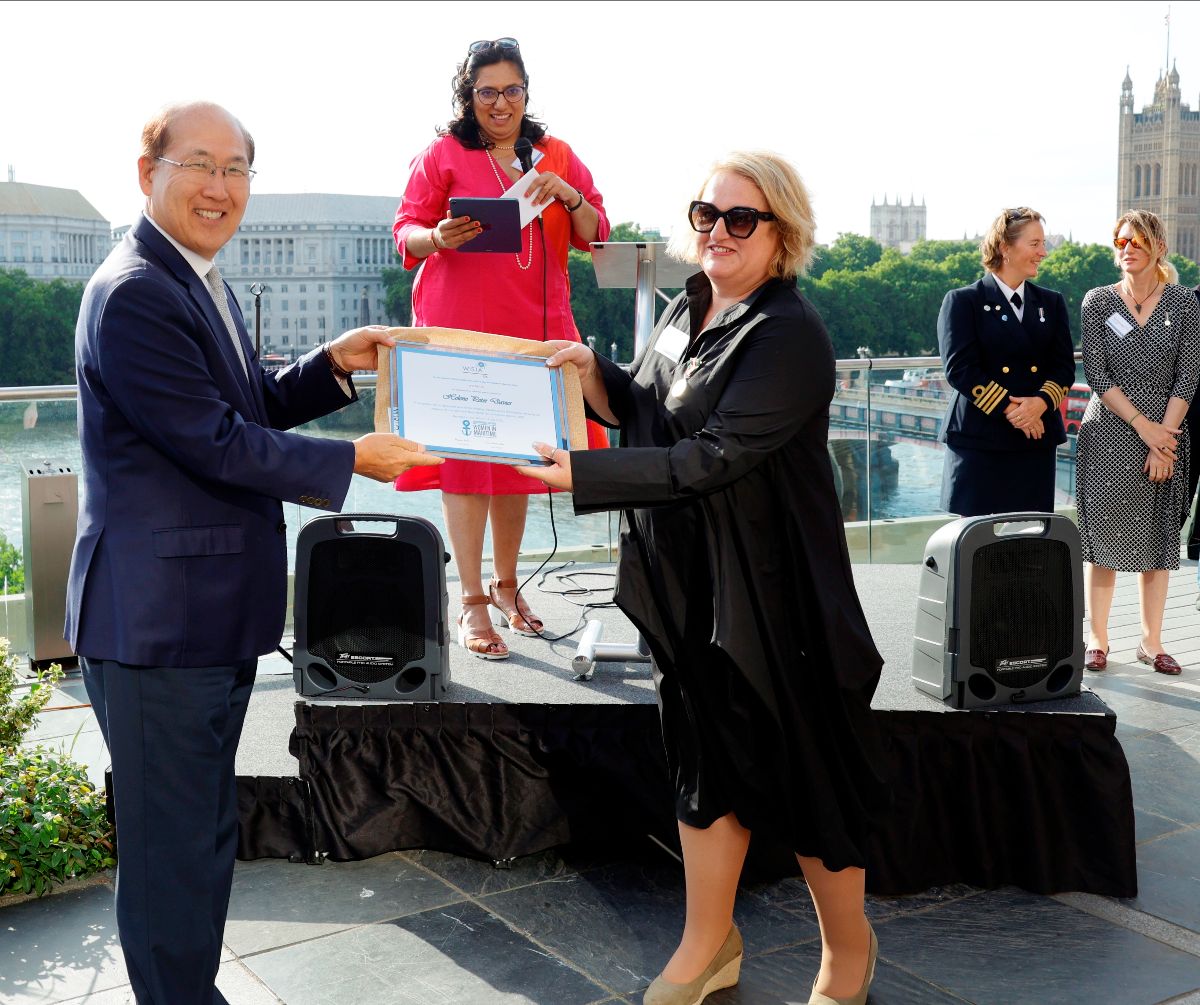 After receiving her award she said: “It is an honour to be part of such a deserving and talented cohort of women who have been formally recognised for their outstanding contributions to the maritime sector. For the ongoing work towards greater diversity, equality and equity in maritime to be recognised by the IMO during 2022, which saw the inaugural International Women in Maritime Day, is particularly special.”

Tony Goldsmith, Hill Dickinson Head of Marine & Trade, commented: “Helene joined Hill Dickinson earlier this year, bringing to the team her highly regarded expertise both as a lawyer and as a seafarer. Her significant seagoing experience and industry involvement whilst working ashore has quickly made her an integral part of our shipping team where she excels as a dry lawyer as well as a marine casualty specialist. In addition, she is also an excellent role model, using her position and experience to promote the advancement of women in the maritime industry. That her contribution to the promotion of equality and diversity in shipping has been formally recognised by the IMO with the acknowledgement of the award of the Merchant Navy Medal is undoubtedly a career highlight for Helene and it also makes us immensely proud as a firm. We congratulate Helene on this prestigious award.”
Source: Hill Dickinson