Four crew members remain missing despite comprehensive search efforts as a response to the fire that broke out aboard Maersk Honam on Tuesday, 6 March.

“While search operation continues the hope of finding our missing colleagues is fading. We are in contact with their families and they know that tragically, the time passed decreases the likelihood of finding their loved ones alive. Our thoughts and prayers go to them,” says Søren Toft, Chief Operating Officer of A.P. Moller – Maersk.

The nationalities of the four missing crew members are: two Filipinos, One South African and one Indian. All male.

23 crew members were evacuated by the vessel ALS Ceres after the fire broke out. One is reported dead due to injuries sustained in connection with the fire. Furthermore, two crew members, one Thai and one Filipino, were in urgent need of medical care as their conditions worsened. They have been evacuated by an Indian navy vessel and handed over to the Indian coast guard of Trivandrum and are now receiving medical treatment. They are accompanied by one of the evacuated Indian colleagues with local language skills.

The remaining 19 crew members onboard ALS Ceres are en route to Cochin, South West India, where medical professionals and crisis psychologists have been arranged for.

“We are doing our outmost to care for and closely follow the conditions of all evacuated colleagues. Also, we have an ongoing contact with their closest relatives”, Søren Toft says.

Maersk Line will continue to provide updates on the situation. 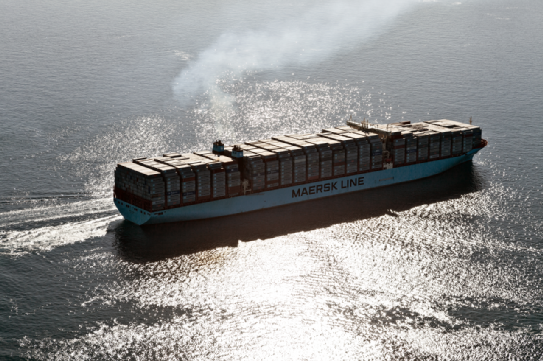 Tuesday 6 March 2018 at 15:20 GMT, the Maersk liner vessel Maersk Honam reported a serious fire in a cargo hold. Enroute from Singapore towards Suez, the vessel is currently positioned around 900 nautical miles southeast of Salalah, Oman. After being unsuccessful in their firefighting efforts, the crew sent out a distress signal and a total of 23 crew members were reported evacuated to the nearby vessel ALS Ceres, which arrived at the scene around 18:30 GMT.

Firefighting capabilities are approaching the area, which is 900 nautical miles southeast of Salalah, Oman.

A number of container vessels have diverted their route to assist in the search and rescue operation which continues. Currently five vessels are involved.

The vessel is carrying a total of 7860 containers, corresponding to 12416 TEU (twenty-foot equivalent). All impacted customers have been contacted directly.

The cause of the fire is currently unknown. Maersk Line will investigate the matter thoroughly in cooperation with all relevant authorities.

Maersk Honam was built in 2017, has a nominal capacity of 15262 TEU (twenty-foot equivalent unit), and sails under Singapore flag.
Source: Maersk Line