How the new fuel regulations change the entire shipping industry

LSF2020 refers to the new “Low Sulfur Fuel” regulations, which will come into effect on 1 January 2020. These regulations are the biggest of a series of steps by the International Maritime Organisation (IMO) to reduce marine pollution (MARPOL) in response to the threat of climate change. The LSF2020 emission regulations mean ships will have to significantly reduce emissions on the high seas as well as in coastal areas. This change does not only concern Hapag-Lloyd but it challenges the entire shipping industry. The good news is however: Thanks to the regulations, the industry will become much greener.

Now, the question is how to comply with the new regulations and how much it will cost. Ship owners are effectively having to decide whether to switch to burning the more expensive low sulfur fuel, or place investment bets on Exhaust Gas Cleaning Systems (EGCS) or Liquefied Natural Gas (LNG) powered ships. There are however only limited facts and experience upon which to base these decisions, which will continue to have an impact on the profitability and competitiveness of liner shipping companies, long after the facts have become clear in hindsight.

The simplest way to comply with the new regulations is just to switch to using new, compliant 0.5 percent “Low Sulfur Fuel”. The problem: The lower the sulfur content, the higher the cost of bunker fuel. Oil industry experts estimate 0.5 percent Sulfur “Low Sulfur Fuel” will be 150 to 250 US Dollar more expensive per ton than the current 3.5 percent Sulfur “Heavy Fuel Oil”. According to estimation this will increase global average prices per TEU by around 80 to 120 US Dollar, or about 10 percent. All alternative approaches to enable ships to burn cheaper fuels, require considerable additional capital investment.

One option is to install an Exhaust Gas Cleaning System (EGCS), to remove the excess pollution from the exhaust gases – and continue to burn the cheaper 3.5 percent Sulfur “Heavy Fuel Oil”. EGCS are desulphurization systems that remove unwanted particles from industrial exhaust flows. The systems are installed inside the ship’s funnel and can work in a number of different ways. The two main kinds are “open-loop” and “closed-loop” (and “hybrid”, able to switch between open-loop and closed-loop operation). Operating in open-loop mode removes the pollution from the exhaust gases and then flushes it into the sea, instead of into the atmosphere. Operating in closed-loop mode retains the pollution in tanks on board the ship – but this is not practical for long distance journeys. The challenge: So far, these systems have not yet been used with large container ships, only with cruise liners and short sea ferries. There is also the risk that regulations will change in the coming years and will prohibit flushing the pollution into the sea at all. 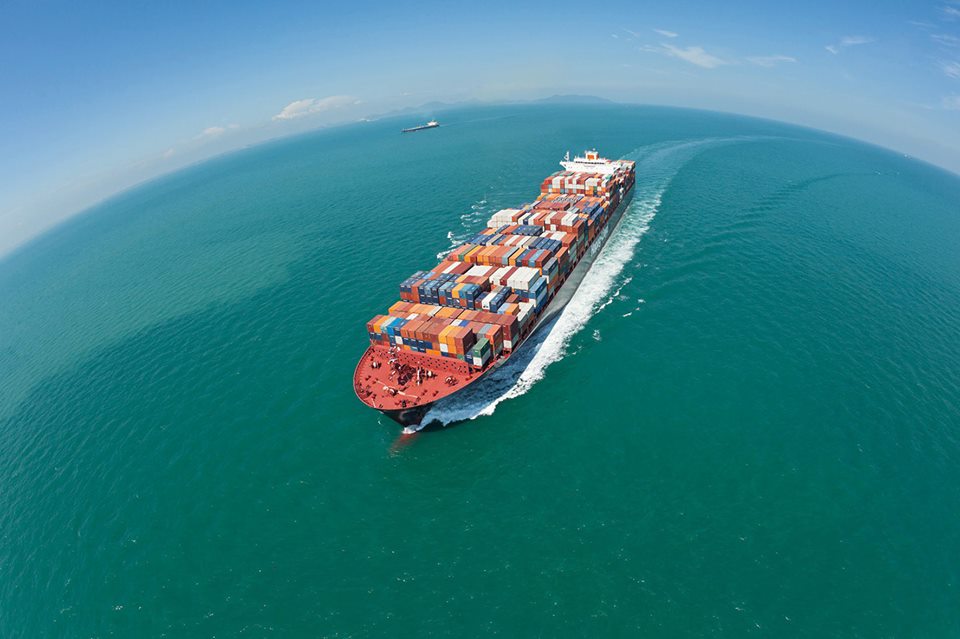 Another alternative is to switch to Liquefied Natural Gas (LNG). Hapag-Lloyd currently owns 17 so called “LNG-ready” ships – these are ships with engines that can burn LNG as well as fuel oil. They just need an additional LNG fuel tank to be installed in a cargo bay, together with some additional piping and machinery. Then they are able to switch between LNG and fuel oil. The other approach is to build new ships, designed from the beginning to only burn LNG. The challenge: The capital costs to convert ships or to build them from new to burn LNG, are quite high. Moreover, since there is as yet little demand for marine LNG – a resource that is otherwise freely available onshore – there are as yet still only a small number of LNG bunker vessels available in a few ports.

Lastly, there are many limitations to how many ships can be converted to LNG or retrofitted with EGCS. It also takes time to build new ships fitted with scrubbers or designed to burn LNG. The vast majority of the global container fleet will therefore have no other choice than to switch to the new, much more expensive compliant 0.5 percent Sulfur “Low Sulfur Fuel” – or to break the law.

That shows: Each solution comes with its challenges. That is why right now there is no one right way to go. Liners have to individually decide the mix which seems best for them. However, low sulfur oil bunkering will have to start in the fourth quarter of 2019 due to the long round voyage times – which will mean higher costs for customers already by the end of next year. All in all, industry experts guess that the new fuel regulations will cost the shipping industry about 60 billion US Dollar per year.
Source: Hapag-Lloyd

Previous: No Cross-undertakings in Damages for Ship Arrests
Next: Tanker Market Could Rebound on IMO 2020 Rule