Around 80% of global trade is transported by ships, and the maritime supply chain is supported by more than 1 million seafarers who are key in delivering the services needed to run our societies. Even as the world slowed down as a result of the pandemic, seafarers did not stop, but kept the supply chain running to ensure goods could reach their destination. This allowed world trade to continue, but it did so at great cost to the seafarers.

The COVID-19 pandemic has created an unprecedented crew change crisis which has led to hundreds of thousands of seafarers being impacted and, in many instances, left stranded on ships beyond the expiry of their contracts.

The crisis has now been ongoing for more than a year and a half, and the latest data shows the situation is getting worse – despite efforts by the maritime community, including over 800 organizations who have signed up to the Neptune Declaration. The Declaration was launched in January 2021 to respond to the crew change crisis, outlining key actions that need to be taken to resolve it by governments, companies and other stakeholders.

Our collective failure to properly address the crew change crisis puts the seafarers, who are key in supporting global trade, in an unacceptable situation. It prevents them from returning home to their loved ones and the extended periods at sea have significant consequences on their physical and mental wellbeing. If left unresolved, the difficulties in carrying out crew changes could expand as seafarers understandably start considering if they want to return to sea, which could pose a threat to the resilience of global supply chains.

There is an urgent need to address the further deteriorating crew change crisis. Data from the 10 largest ship managers, published through the Neptune Declaration Crew Change Indicator reported a more than 50% increase between May and July in the proportion of seafarers onboard vessels beyond their contract expiry.

With the fast-spreading delta variant, governments have tightened restrictions, closed borders and stopped crew changes, often imposing stricter requirements for seafarers than for citizens or other travellers despite the critical role seafarers play in global supply chains.

Protecting global supply chains and the wellbeing of seafarers will thus require governments to allow crew changes to take place in the safest manner possible. This can be done by implementing high-quality health protocols based on the highest practicable standards, such as The Recommended Framework of Protocols for ensuring safe ship crew changes and travel during the Coronavirus (COVID-19) pandemic, which has been recognized by the International Maritime Organization or the STAR Crew Change Protocols, which are based on existing best practice. 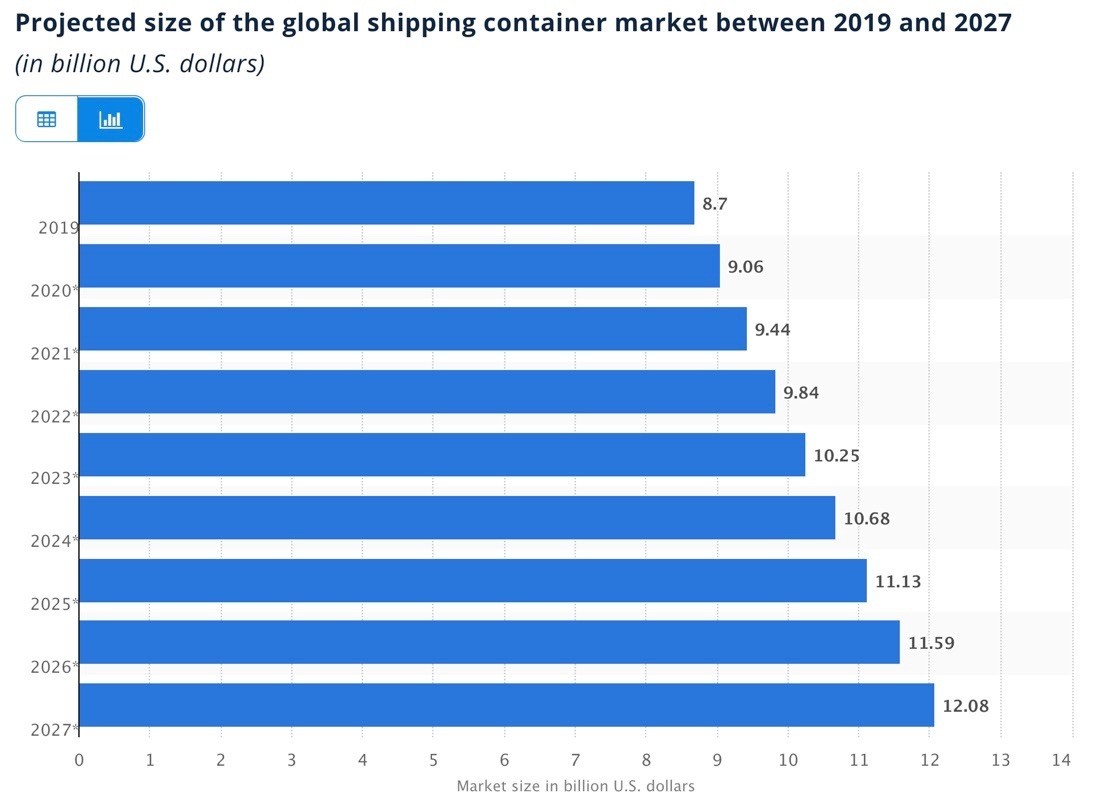 A ship-load of trade. Image: Statista

All stakeholders in the maritime logistics chain must also live up to their shared responsibility to ensure necessary crew changes can be carried out. No companies, including charterers, should use contracts prohibiting necessary changes, as has been frequently reported. Instead, ship owners and charterers should share relevant information transparently and collaborate to ensure that necessary crew changes can take place with the least impact possible in terms of cost and delays and high-quality health protocols should be implemented in line with the best practices developed by a group of leading charterers and described in the Neptune Declaration Best Practices for Charterers.

While allowing crew changes to take place in the current situation is necessary, it will only help alleviate the symptoms of the crisis. Resolving this crisis will require seafarers to have access to vaccines. There has been some progress as a limited number of international seafarers have started to get access to vaccines, for instance in the US where vaccination programmes are being rolled out for national and non-national seafarers. Nonetheless, the vast majority of seafarers, especially from developing countries, are still unable to be vaccinated.

Stakeholders from large seafaring nations, such as the Philippines, are reporting vaccine shortages and limited capacity. Meanwhile, some vaccinated seafarers also continue to face travel restrictions, constraining their ability to return home or travel to onboarding ports. It is therefore urgent that countries, who have spare doses of vaccines, prioritize international seafarers, whom close to 60 countries have designated as key workers, when allocating surplus vaccines.

Time for the global community to step up

Seafarers are the key workers supporting the more than 80% of global trade. In recent months we have seen the fragility of global supply chains with the temporary blockage of the Suez Canal and cessation of Yantian port operations. We have a responsibility as a global community to take action to protect the seafarers who play this crucial role in these very difficult circumstances, not just for the sake of the seafarers and their families, but also for the billions of people like us who are dependent on international shipping to bring the food, energy and manufactured goods that we all rely on in our daily lives.
Source: World Economic Forum