Change is the simple answer to the “environmental emergency” presented by marine biofouling and the transfer of invasive species. That’s the message HullWiper Ltd Managing Director Simon Doran has for the Mauritian maritime community.

Mauritius is one of 12 countries spearheading the International Marine Organisation (IMO) GloFouling Project, a collaboration with the Global Environment Facility (GEF), the United Nations Development Programme (UNDP) and IMO, created to implement guidelines for the control and management of the transfer of invasive marine species on vessel hulls.

Doran spoke at an event in partnership with Immersub to introduce the benefits of HullWiper’s underwater hull cleaning Remotely Operated Vehicle (ROV) to the Mauritian shipping community, ahead of its introduction in 2019. 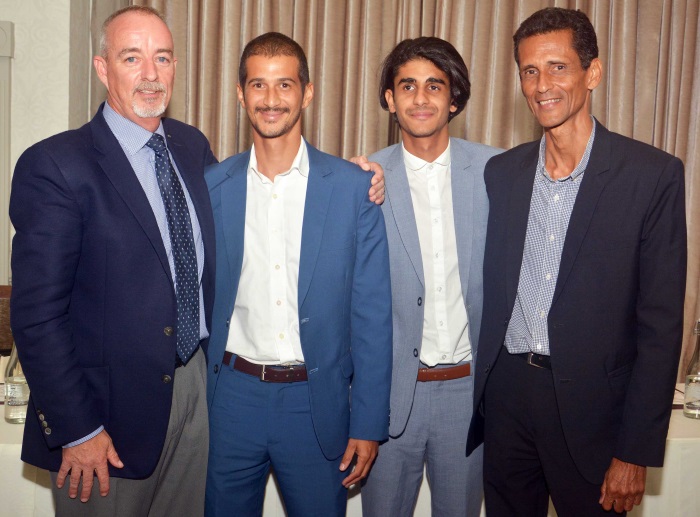 Invasive threat
The harmful effects of foreign aquatic organisms can no longer be ignored, Doran told the gathering: “These species hitch a ride by clinging to the submerged areas of ships hulls. Invasive species in its basic form means that an organism is being moved from its natural habitat to a new habitat where it may have no natural predators.”

The threat is real, as the stronger organisms can take over and wipe out indigenous marine life.

HullWiper’s patented ROV addresses the issue. The system uses adjustable pressure seawater jets to remove fouling, instead of brushes or abrasives, minimising the risk of damage to expensive anti-fouling coatings. No divers are used, so there is no risk to human life and cleaning can be conducted day or night, in most weather conditions, and whilst cargo operations are underway. Critically, an onboard filter collects removed residues for locally-approved environmental disposal ashore and reduces the risk of cross-pollination of waters with alien species.

“At HullWiper, we consider ourselves to be environmental activists,” Doran told the meeting. “We believe that this supports MPA and the implementation of its ‘Green Port Concept’.”

Key locations
Launched in Dubai in December 2013, HullWiper operates in ports around the world including Sweden, Norway, Denmark, Singapore, Spain, Egypt, Australia, Gibraltar, United Arab Emirates and – on an ad hoc basis – at key locations across the Middle East and is available for lease where HullWiper does not have its own base.
Source: HullWiper