The planned merger between Hyundai Heavy Industries and Daewoo Shipbuilding and Marine Engineering could consolidate a significant portion of the outstanding orderbook of LNG vessels. The importance of the merger goes well beyond this market segment, but the growing importance of the LNG market makes engineering expertise in this highly complex construction even more important. The merger would double the outstanding orderbook of HHI from USD 6 billion to over USD 12 billion.

The LNG segment has attracted a large amount of interest following a rate surge in 2018 and continued investment in midstream and downstream investment, which will expand usage. Natural gas will become an increasingly important part of the global energy mix for decades to come and maintaining a market leading position in the construction of these vessels will be important for the world’s largest yards. 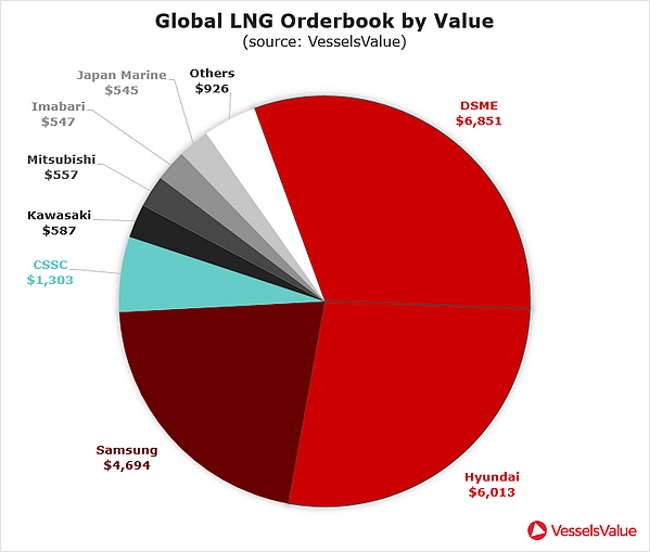 The HHI group is already the dominant shipyard in terms of value on order, but the addition of the DSME orders would further cement their position as the world’s leading builder. A combined Samsung remains a significant competitor in the LNG newbuild segment though, attracting orders from three of the largest buyers of newbuild tonnage.

The consolidation of yards in a soft market will help improve pricing power overall and should reduce loss making projects that the yards undertook in the past five years or so. There is rising competition from Chinese builders, who are becoming increasingly competitive on high spec ships that had previously been the domain of Korean and Japanese yards. It remains to be seen if the merger will occur, but if it does, it will have reverberations in the newbuild market. 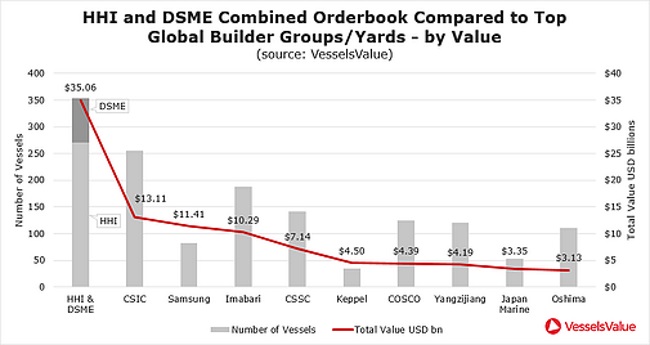