The latest IAPH-WPSP Port Economic Impact Barometer report by Professors Theo Notteboom and Thanos Pallis from the COVID19 Taskforce points towards momentary stabilisation in the four main areas of operations ports have been updating during the pandemic since early April.

“It is noticeable for the first time that delays for trucks at both gate and for cross border trade, inland barge operations and rail services have all fallen back to single digits” comments co-author Professor Theo Notteboom. He also added: “The number of ports reporting less container and cargo vessel calls compared to normal are, for the moment, holding steady at 35 and 40% respectively.”

The cruise and passenger remains the most impacted sector, with 51% of respondents in week 41 indicating that passenger vessel calls are down more than 50%, in many cases even down more than 90%. Since late August, only a few cruise operators have resumed some cruise activity, albeit on a very small scale compared to normal activity levels. For some ports, this implies that cruise ship calls will no longer remain at almost zero levels. 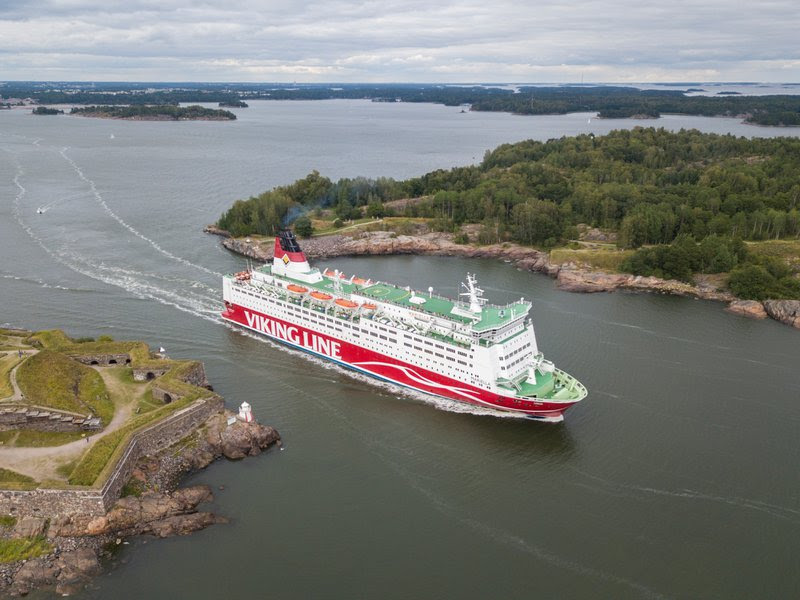 Viking Line passenger ferry “Mariella” cruises through Kustaanmiekka strait in Helsinki, Finland. Some ferries are back, but with lower passenger numbers
For passenger ferry services, co-author Professor Thanos Pallis commented : “The picture remains mixed with many ferry calls almost back to normal schedules but with fewer passengers onboard. Some ports testified that even though passenger vessel calls are at reasonably decent levels, the number of passengers is as low as minus seventy to minus eighty percent” 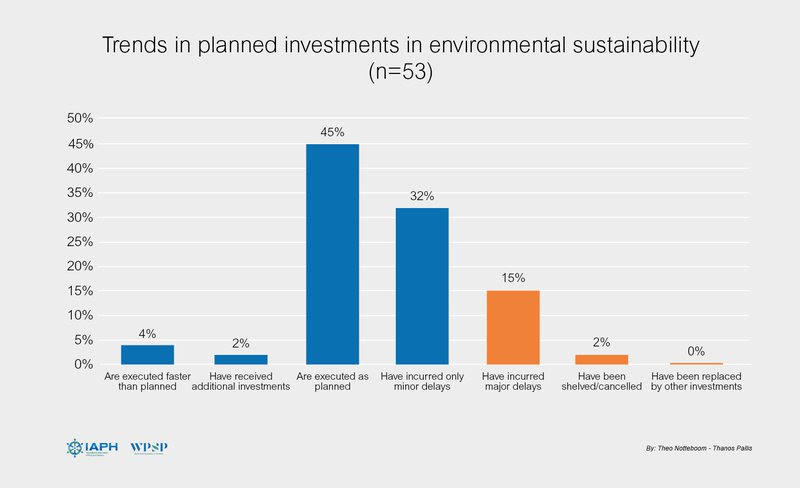 The current Barometer survey’s supplementary question asked ports on the status of their planned investments in environmental sustainability given the current situation with the pandemic. Answering ports responded with a majority (45%) executing investments as planned. Just under a third (32%) planned to execute them with a slight delay, whilst a not-insignificant 15% of investment projects have incurred major delays. Four percent were actually being accelerated with two percent receiving additional funding and at two percent, only a very small percentage of environmental sustainability projects have been shelved. 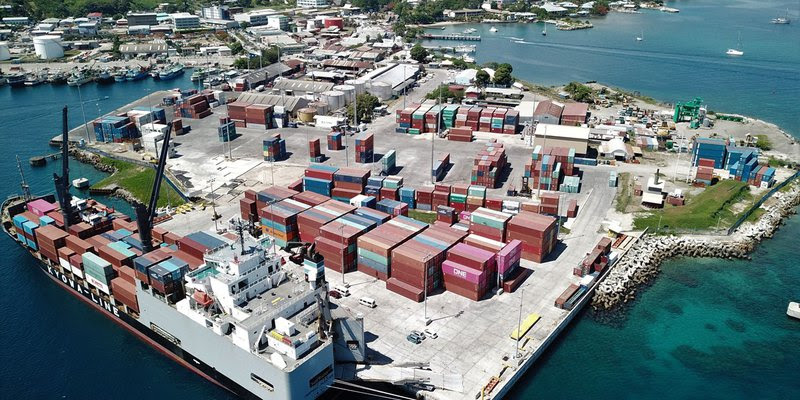 IAPH Managing Director Patrick Verhoeven commented : “The results on this particular question echo the views taken by some of the ports of our COVID19 Task Force, namely that a long-term integrated approach towards port environmental sustainability is the best way of combating this current crisis as well as future ones. Joined-up initiatives on climate change mitigation, energy transition, and data collaboration in combination with a coherent business continuity plan will reduce risks to ports’ businesses and enhance resilience.”
Source: IAPH