Mitsui O.S.K. Lines, Ltd. yesterday announced that the Ice-Breaking LNG Carrier “Vladimir Rusanov”, which is jointly owned and operated by MOL and China COSCO Shipping Corporation Limited for the Yamal LNG project, made its first call at the LNG Terminal in Ohgishima, located inside Tokyo Bay in Japan, on 23rd July. This is historically the first time an Ice-Breaking LNG Carrier has called at Japan.

The vessel started sailing from the Yamal LNG plant at Sabetta port on 29thJune,and transported its LNG cargo to Japan by sailing eastwards along the Northern Sea Route via the Kara Sea, the Laptev Sea, the East Bering Sea, the Chukchi sea, and the Bering Strait. Although the ice in the Northern Sea Route generally melts in the period from the end of June to the beginning of July, during the time the vessel was navigating this region some ice remained, particularly in the East Bering Sea. The vessel either avoided sailing through or conducted ice-breaking navigation in areas where ice remained, which resulted in approximately 7 days (15 knots average navigation speed) navigation through the Northern Sea Route from Sabetta port to the Bering strait. 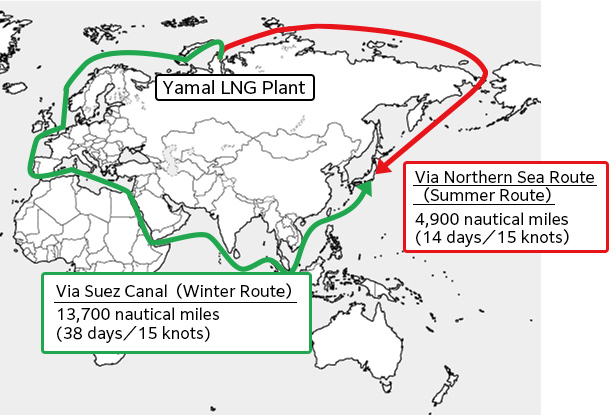 Transportation from the Russian Arctic through the Northern Sea Route contributes to reducing greenhouse gas emissions as the required navigation distance is 65% shorter than that via the Suez Canal. Additionally, energy transportation through the Northern Sea Route enables Asian countries, including Japan who relies on natural energy imports, to develop a new energy supply route. 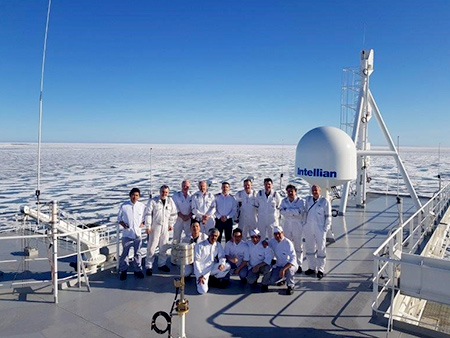 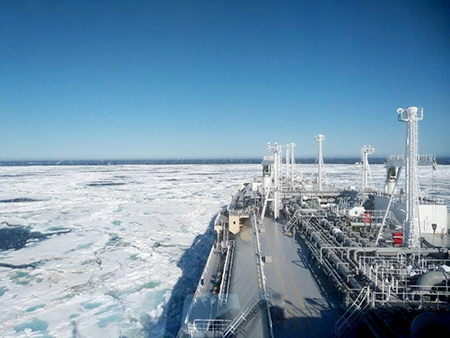 MOL continues to work assiduously in its contribution for stable LNG transportation from the Yamal LNG plant, accumulating a deeper knowledge and understanding of vessel operations using the Northern Sea Route to facilitate new Arctic projects in the future.