The International Maritime Organization (IMO) has called for increased collaboration and action to tackle an escalation in the number and severity of attacks in the Gulf of Guinea region, which threatens the lives and well-being of seafarers and the safety of shipping.

In a resolution on recommended action to address piracy and armed robbery in the Gulf of Guinea adopted by the Maritime Safety Committee (MSC), IMO calls on Member States, national authorities, the United Nations and other relevant organizations to consider strengthening law enforcement to arrest and prosecute pirates in relevant jurisdictions, in accordance with international law and national legal frameworks. Coastal States are urged to harmonize criminal penalties.

IMO also calls for improved governance of available protection solutions, such as security escort vessels for assisting other vessels, in accordance with international law, and with due respect for the sovereignty, sovereign rights and territorial integrity of coastal States.

Member States, national authorities, the United Nations and other relevant organizations are urged to support and encourage wider participation in the Gulf of Guinea Maritime Collaboration Forum (GoG-MCF/SHADE GoG) as well as other platforms, such as the G7++ Friends of the Gulf of Guinea (G7++FoGG). This will help improve maritime security and safety in the region and facilitate the strengthening of cooperation mechanisms for regional maritime patrol and protection. 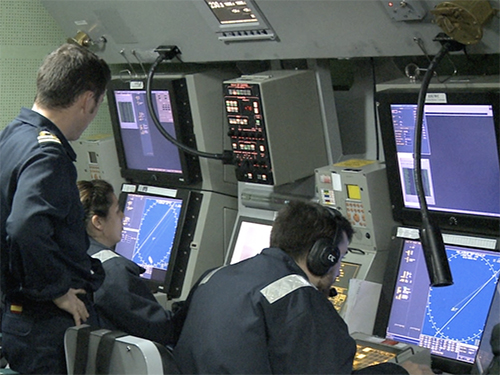 Implementation of Best Management Practices on ships as well as good coordination onshore can help deter and resolve attacks on ships.

The resolution highlights the need for greater collaboration with all critical stakeholders, including information-sharing on maritime criminality and illegality, use of maritime domain awareness such as MDAT-GoG (Maritime Domain Awareness for Trade for the Gulf of Guinea) and use of surface and/or air patrol capabilities.

The resolution requests IMO’s Secretary-General to make full use of technical cooperation funds to support capacity-building in the region to tackle piracy and armed robbery and to look at creating a common platform for information sharing between existing mechanisms (these include MDAT-GoG, the NIMASA C4i-Centre, Regional Reporting Centres, the ICC IMB Piracy reporting centre and relevant responding law enforcement entities).

The resolution welcomes other continuous efforts made in the region to curb piracy and armed robbery against ships in the Gulf of Guinea, including drafting of anti-piracy laws, the Nigerian Government’s Deep Blue project, the Interregional Coordination Centre (ICC Yaoundé) and the ongoing establishment of the Yaoundé Architecture Regional Integration System (YARIS).

IMO and the shipping industry have supported efforts to tackle piracy and armed robbery against ships and the kidnapping of seafarers and/or passengers in the Gulf of Guinea, including through providing technical assistance to Member States to implement of maritime security measures. Other initiatives include supporting regional initiatives such as the Interregional Coordination Centre (ICC) to assist with the implementation of the Yaoundé Code of Conduct (YCC). The shipping industry has provided Best Management Practices (BMP) West Africa (WA) to assist companies and seafarers to assess the risks associated with voyages through the Gulf of Guinea and mitigate any potential threats to their safety and security.

Based on reports submitted to IMO, in 2020, the number of incidents taking place in the Gulf of Guinea (West Africa) increased to 90 (up by 20 compared to 2019), with a total of 112 crew members reported as kidnapped/missing. This represented a significant proportion of the total 226 incidents of piracy and armed robbery against ships occurred or attempted in 2020 globally. To date, in 2021, 23 incidents have been reported in the West Africa region.
Source: IMO