IMO-Singapore Project To Implement Digital Ship Clearance System In The Port Of Lobito, Angola – Aim Is To Support More Ports In Future

The International Maritime Organization (IMO) and Singapore have selected the Port of Lobito (Angola) for a pilot project to establish an efficient digitalized system for electronic exchange of information in ports for ship clearance.

The Single Window for Facilitation of Trade (SWiFT) Project was launched in March 2021 with a call for expressions of interest to participate. Following overwhelming response received from applicants, the project will begin its pilot phase with the Port of Lobito, before being scaled up to benefit more countries in the next phase.

The SWiFT Project will develop a system for the pilot port to allow electronic submission, through one single portal, of all information required by various Government agencies when a ship calls at a port. This concept is known as the Maritime Single Window (MSW) system.

Regulations in IMO’s Facilitation Convention require electronic exchange of data, to ensure the efficient clearance of ships. The single window concept is recommended, in order to avoid duplication of effort.  Individual data elements should only be submitted once, electronically through a single point of entry, to the relevant regulatory agencies and other parties.

The COVID-19 pandemic has emphasized the value of digitalization. Electronic exchange of required data is speedier, more reliable, efficient and COVID-secure, since face-to-face contact is minimized.

Under the pilot project, the selected country will be advised on the necessary legal, policy and institutional requirements for the MSW system. The port will then be provided with functional MSW software, hardware and/or IT services, configured to the country’s needs. Training will also be provided, as well as advice on policy reforms required to successfully implement an MSW. 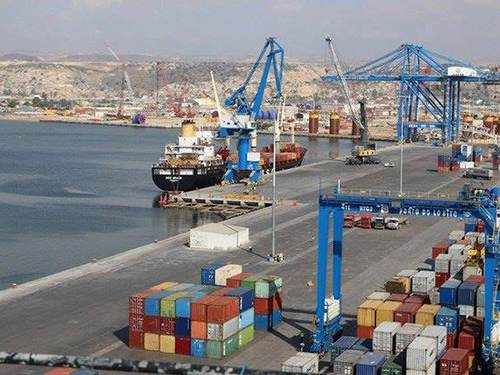 ​The Port of Lobito in Angola has been selected for the SWiFT pilot project to establish an efficient digitalized system for electronic exchange of information.

The pilot will be supported by Singapore via in-kind contributions and by IMO via the Integrated Technical Cooperation Programme (ITCP).

“Increased digitalization supports greater efficiency which benefits the ship, the port and wider supply chain,” said Julian Abril, Head of IMO’s Facilitation Section. “We want to support countries that may be having difficulties in implementing the FAL Convention requirements for electronic data exchange, by supporting a pilot project which will show the way and result in know-how which can then be shared with others.”

Following the initial pilot and subject to funding availability, the aim is to replicate the pilot project in other IMO Member States in need of similar technical assistance.

“Following implementation in the pilot port, the IMO-Singapore project endeavours to springboard countries in their digitalization journey and unlock the full potential of their maritime sectors. It is only when most, if not all, ports undergo digital transformation, that the full benefits of digitalization can be realized by the maritime community,” Abril said.  “With support from IMO’s Department of Partnership and Projects, we envisage an increasing number of discussions with external partners and resource mobilisation efforts to support an ambitious scaling-up plan for this pilot initiative.”

The IMO-Singapore SWiFT Project builds upon an earlier successful project that delivered a maritime single window system in Antigua and Barbuda with in-kind and financial support provided by Norway.

Singapore will bring in its experience to cater to the technical requirements for ports that would like to incorporate port to port communication protocols in such a system.

Located on the west coast of Angola, Port of Lobito is a gateway port for the west Africa. It handles containers, dry bulk and mining materials, serving the economic development of the central and southern regions of Angola. Through the Benguela Railway, the port also serves countries of the Southern African Development Community that do not have access to the sea.

“Having successfully implemented [email protected]™ – our national MSW, Singapore stands ready to do our part, and we look forward to partnering IMO Member States such as Angola on this digital journey to prepare for the future of shipping together,” said Tan Suan Jow, Dean of the Maritime and Port Authority of Singapore (MPA) Academy. “Beyond supporting Angola, the pilot will serve as a model for IMO to match donors with Member States for future partnerships for and beyond the domain of digitalization, to encourage further efforts to make IMO’s digitalization agenda an inclusive one.”

The implementation of specific activities of the Pilot Project will commence by 15 November 2021.

More efficient shipping, working in partnership with the port sector, will be a major driver towards global resilience and sustainable development for the good of all people.
Source: IMO