The bi-annual conference, taking place between 6-9 October in Limassol, will tackle important topics in a rapidly changing maritime industry such as international regulation, change management, and the sustainable use of marine resources.

As in previous years, this year’s event is expected to attract over 800 attendees from around the globe, including some of the most influential names in shipping. In line with the conference’s trademark format and style, all speakers have been invited solely on merit and the moderated panel sessions will only take place during the mornings of the conference, with the afternoons free for meetings and networking. 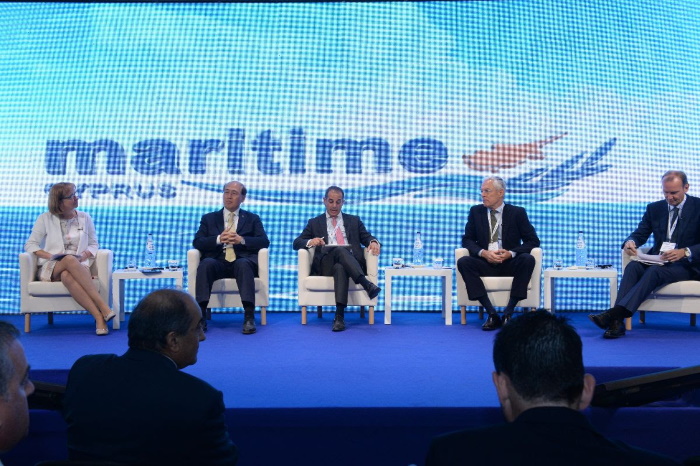 The line-up also features a number of senior representatives of regulatory bodies, including Kitack Lim, secretary general of International Maritime Organization, Maja Markovčić Kostelac, executive director of the European Maritime Safety Agency (EMSA), Mayte Medina, chief for the office of Merchant Mariner Credential at the Standards Directorate of the U.S. Coast Guard, and Michael Kinley, CEO of the Australian Maritime Safety Authority for the Australian Government.

Shipping Deputy Minister to the President of the Republic of Cyprus, Natasa Pilides, said:

“As we edge ever closer to 2020 and the impending IMO sulphur cap deadline, the shipping industry now finds itself in a rapidly advancing sea of ongoing and unprecedented change. Conversations on issues such as decarbonisation, digitalisation, the blue economy, and the widespread adoption of new technologies, which once existed only in hypothetical terms, are fast becoming our new reality.

With change comes both risk and opportunity. This October, we will be joined by some of the most influential names in shipping and over 800 guests from around the globe in Cyprus’ historical port town of Limassol, where we will celebrate the 30-year anniversary of Maritime Cyprus and discuss the future of shipping. We look forward to warmly welcoming our industry colleagues and friends to this year’s rejuvenated conference, which we’re sure will be the best and most impactful since its inception!”

The conference offers the opportunity for participants to meet shipowners and shipping executives from all over the world, as well as senior representatives from the Shipping Deputy Ministry, the Cyprus Union of Shipowners, and the Cyprus Shipping Chamber, plus the wider Cyprus maritime cluster, and familiarise themselves with the strong maritime tradition of Cyprus, its people and its environment.

The official opening of the conference will take place on Sunday, 6th October 2019, at the Parklane Resort and Spa, in Limassol. During the opening reception, the winner of the Cyprus Maritime Award 2019 will be announced and bestowed by H.E. the President of the Republic of Cyprus.

The Conference will be held in Limassol, at the “Carob Mill Conference Centre”, between 7th and 9th October 2019.