In challenging times crew comms are critical for all ships, large or small

Crew communications are widely accepted as an important element of seafarer welfare provision and vessel operators are now prioritising onboard systems to enable crew to keep in touch with home. The crisis in Ukraine and the Covid-19 pandemic have highlighted the vital need for internet access and contact with home, while seafarer surveys regularly identify connectivity as a key factor in onboard happiness, recruitment and retention.

The vital role played by crew connectivity in seafarer wellbeing was underscored recently when the International Maritime Organization (IMO) approved measures aimed at enhancing crew communications for seafarers impacted by the conflict in Ukraine. These measures were put forward by a number of maritime industry groups and Non-Governmental Organisations (NGOs) – demonstrating the strength of feeling within the whole maritime industry that crew should be able to communicate with home and loved ones and have access to information sources while at sea.

The IMO Council welcomed the proposal that a number of steps should be taken to reduce the suffering of seafarers and their families, including that: “seafarers affected by the conflict should be allowed free access to communications with their families”.

The Covid-19 pandemic, and more recently the crisis in Ukraine, have underscored the vital importance of crew communications on seafarer mental health. And crew health and well-being is an important factor in maritime business operations. Crew represent the largest ship operating costs and the International Maritime Health Association (IMHA) has found that one in five ships has to divert due to crew illness every year, at an average cost per ship of $180,000.

The need for crew communications is strongly evident. At the peak of the pandemic, maritime charity ISWAN, which provides 24-hour multilingual helplines for seafarers and their families, reported it handled more than 2,000 calls in just one month – triple the number for the same period before the Covid-19 outbreak. ISWAN’s project manager Caitlin Vaughan noted that crew communications are particularly important at times of significant family events that the seafarer is unable to be present for, during times of cultural celebration, or to alleviate homesickness.

Connectivity is vitally important to seafarers and it is good to note that greater availability is improving health and well-being. The latest Seafarer Happiness report from Mission to Seafarers found that the current happiness level in relation to connectivity at sea is 6.92 out of 10, up from 6.6. The report states: “Today internet on board is vital. Nobody will stay onboard with poor, expensive, or ineffective network systems.” 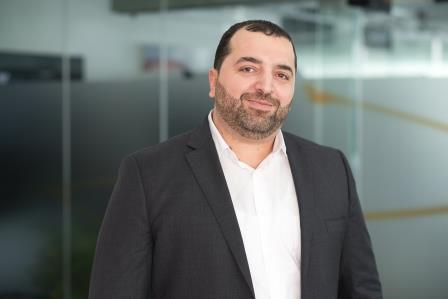 Having crew comms at sea is now recognised as a key factor in recruitment and retention and crew surveys have revealed that some crew would change jobs for better internet access even if there was no extra salary on offer. Other industry surveys have identified a clear divide between vessels that provide free or cost-effective access, versus those that do not, with increasing numbers of seafarers stating that they check what access they will have before accepting new contracts – a trend widely predicted to grow. For example, the Futurenautics 2017 survey reported 92% of seafarers said connectivity strongly or very strongly influenced their choice of employer.

But what happens when your vessel is smaller, has little space for communications systems, or budgets are limited?

That’s where compact and versatile systems come into their own. MarineStar E-lite is one such solution, delivering voice and data connectivity in a package that is specially optimised for smaller vessels. Voice services are delivered over Thuraya’s MarineStar terminal while encrypted email provision comes via IEC Telecom’s OneMailLite application.

Nabil Ben Soussia, Group CCO, President Asia, Middle East and CIS for IEC Telecom, observed: “No-one wants to be away from home at a time of crisis but for many seafarers that is an every day fact of life. Being able to keep in touch with family, friends and world news is essential to them and we are pleased to be able to play a part in delivering that communication, especially in these uncertain times.”

In support of impacted seafarers and their families, IEC Telecom, which has a long history of helping humanitarian efforts, has also significantly reduced its call charges to Ukraine making it easier for vessel operators to provide crucial crew communications.

Mr Ben Soussia commented: “In today’s competitive marketplace it is important to keep pace with workplace developments. Crew connectivity is now a must and something crew, especially younger members, expect. Technology has moved on and now that it is possible to meet those needs even on smaller vessels with limited space or budgets, why wouldn’t you? After all, a happy crew is important to your vessel’s operations.”
Source: IEC Telecom