What is happening in the Indian Ocean?
Rates of maritime crime and piracy have declined significantly throughout all key trade routes within the Indian Ocean. Negative trends have been recorded against all incident categories, vessels types, flags and cargos across a protracted timeframe. This significantly reduced volume and severity of incidents, means the risk profile of the wider Indian Ocean can be characterised as low.

Despite the low risk profile there are a number of key transit routes that encompass areas of instability. These areas are often prone to a mixture of legacy and current conflict alongside geo political sensitivity which leads to a persistent threat of instability both manifesting within the maritime domain.

The longevity of the current absence of maritime security risks throughout key trade routes of the Indian Ocean is predicated upon both the absence of both the conditions that drive maritime piracy ashore, and the sustained presence of the established counter piracy frameworks that have so effectively served to combat the issue.

Set against the backdrop of a global economic downturn leading to reduced commitment in foreign aid, overseas capacity building initiatives and an increase in regional instability the current downturn in maritime security risks may be characterised as a hiatus across the longer term if current trajectories remain unchanged.

What is the current risk from piracy within the key trade routes throughout the Indian Ocean?
The overall risk to vessels and crews is significantly reduced with a 98 reduction in incident volume recorded across an 8yr timeframe. Vessels transiting the following routes however face a range of persistent threats that have the potential to alter the risk profile across the short term.

Vessels transiting this region remain exposed to a dynamic geo-political landscape that is prone to rapid escalation. This has principally manifest in vessel harassment, boarding’s and detentions by Iranian Naval and IRGC(N) forces. Incidents within 2019 involving the targeting of vessels offshore Fujairah by limpet mines were assessed to be highly irregular and the result of an acute period of geo-political tension. Vessels face interaction with a volume of illicit vessel traffic principally resulting from established trade networks between UAE and Iran. Vessels in Port and at Anchor remain at low risk across all threat categories. 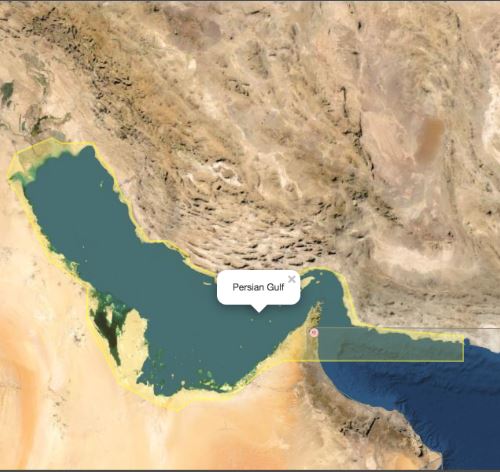 Vessels transiting this region remain exposed to conflict overspill as a result of ongoing war in Yemen. Incidents of this nature remain highly irregular however have previously resulted in the targeting of Saudi Flagged vessels in transit by Houthi rebels using both Water Born Improvised Explosive Devises and Rockets. Incidents have occurred within the vicinity of the Hanish Islands and the Yemen port of As Salif. Vessels are also at risk of encountering migratory traffic, commonly in transit between the areas of Port Sudan and the Saudi Port of Jizan. 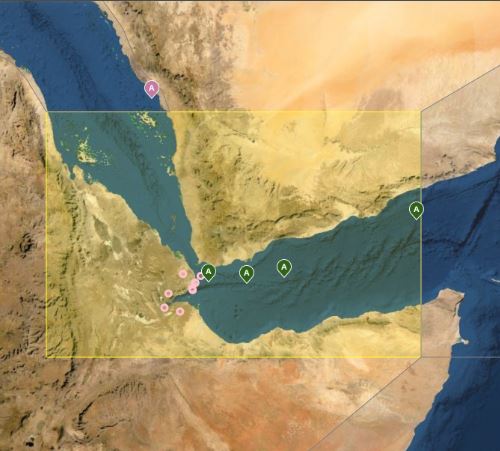 This is the most tangible area of persistent threat within the Indian Ocean. Throughout 2020 there has been an uptick in reports of vessels approached, notably within the waters South West Aden and Western IRTC in the vicinity of Point A. Within these waters there have been 8 reports, 3 of which resulted in PMSC’s showing weapons. A second cluster of incidents is identifiable in the waters south east of Al Mukalla.

Throughout 2020 there have been 13 reports within the area. Only two incidents involved tangible compromises of vessel and crew safety. Both incidents were in the waters south of Al Mukalla and were assessed to as highly likely to have related to the war in Yemen. Both vessels involved had connections to Saudi and both incidents resembled previous acts of rebel activity. 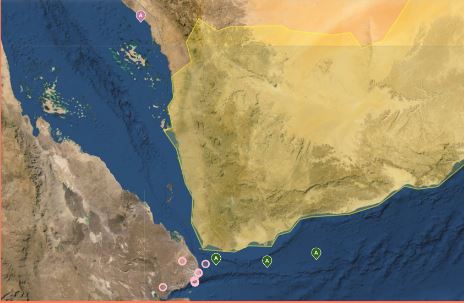 The Gulf of Aden by virtue of location and traffic density remains the area of most persistent threat, despite the low risk profile. The area is vulnerable to rapid change in response to a number of wider regional narratives, despite this it is currently not assessed that there is any Pirate Action Group, operational within the Gulf of Aden with the capability or intent to targe wider commercial shipping in the short term.

Somalia remains the historical heartland of East African piracy, and whilst the risk has subsided, it is from Somalia that any potential return to piracy is likely to exist.

As a result of significant international intervention and reform to both the socioeconomic and political structures within Somalia the basic mechanisms of state are able to exercise a greater degree of stability onshore. This combined with a significant multinational counter piracy presence and regional capacity building initiatives have resulted in a successful combating of piracy offshore Somalia. 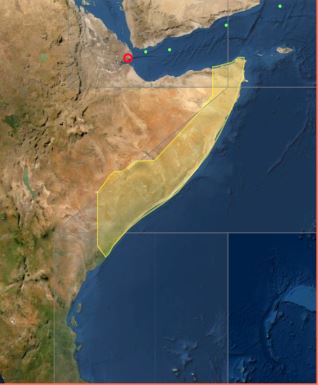 Despite the lack of incidents across an 18 month timeframe, there remains a persistent threat from Somalia. Stability remains fragile and Somalia remains embroiled in both insurgency and tribal conflict across many areas. With the potential for a drawdown in international assistance and capacity building both within Somalia and the offshore domain the potential for an increase in incidents offshore across the medium to long term exists.

Recent developments in Cabo Delgado have seen Al Sunnah consolidate their position and take control of the port town of Mocimboa da Praia on 11 August 2020. Thus far the MARSEC implications of the rise in insurgence within Mozambique are limited. 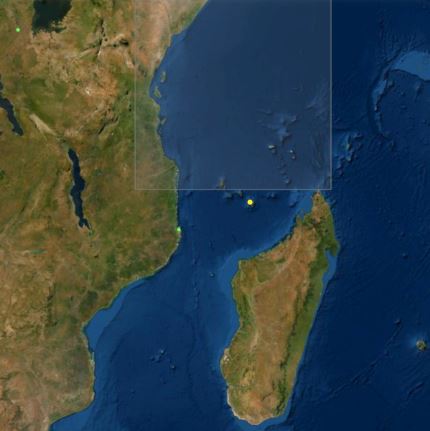 It is currently not assessed that militants have the capability or intent to target wider commercial shipping interests. Overtime, the targeting of energy infrastructure and associated equipment and personnel is a realistic possibility, however currently unlikely. The crisis has led to the displacement of some 200,000 people from coastal regions and islands. This has the potential to increase interactions with migrants at sea. In addition, there is an uptick in illicit vessel traffic within the region. In part as a result of the logistical movements supporting militants, however also in part to the reduced maritime footprint enforcing anti-illegal, unreported and unregulated fishing.

What are the current drivers of insecurity within the Indian Ocean and how are these different to previous years?

Across a sustained period, the principle drivers of activity that have resulted in compromises of vessel and crew safety within the maritime security domain have been geopolitical and conflict overspill. Despite their comparative low volume, they remain significant in impact and as such have the potential to have a significant commercial impact. Previously high volumes of piracy were the result of a breakdown in state function within Somalia and the relative infancy and lack of maritime security infrastructure at a legal, political and resource level within the Indian Ocean. Such conditions are no longer in existence today with large scale humanitarian and developmental involvement within Somalia as well as an established counter piracy framework and resources within key risk areas.

What do the maritime security trends in the region mean?

Short term assessment:
Within the short term it is assessed that geo-politics and conflict overspill will continue to be the principle drivers of activity throughout key risk areas of the Indian Ocean. Incident volumes will likely remain low however impacts are likely to be significant for vessels and crews involved. The Gulf of Aden and Red Sea will continue to present the areas of most persistent threat with a multifaceted threat arising from significant onshore conflict, increases in migratory traffic and ever present volumes of illicit trade and illegal fishing.

Long term assessment:
The long term stability of key risk areas within the Indian Ocean is unlikely. As a region already exposed to substantial geopolitical pressure the potential for an increase in localised conflict is significant. A decline in stability of this nature is likely to lead to an increase in incidents in the medium to long term. A return to traditional piracy remains a realistic possibility with considerable pressures facing key littoral states with large established maritime communities. Set against the backdrop of a significant economic downturn resulting from prolonged economic impacts of COVID, multinational development and aid structures are likely to decline in line with a drawdown of multinational forces operating in support of Maritime Security. Following the end the NATO operation OCEAN SHIELD in 2016 and the proposed end to the NAVFOR operation ATLANTA in December 2020 there will be reduced resources through which to monitor and counter any return to piracy in the
medium to longer term.
Source: Dryad Global