Offshore vessel operators commonly buy LTE and VSAT connectivity separately, using LTE when within range of shore, rigs or wind farm networks then relying on crew to switch manually to VSAT beyond 4G coverage limits. Costs can be hard to control where services are billed separately, while manual switchovers can mean suboptimal signals or service interruptions.

Algorithms within the Fleet LTE router switch seamlessly between LTE and VSAT so that service integrity, high speed data transfer and low latency are always optimised. The ‘three-in-one’ service provides a one stop shop for 4G, Ka-band and L-band without the complication of dual billing or the risk of disconnection. 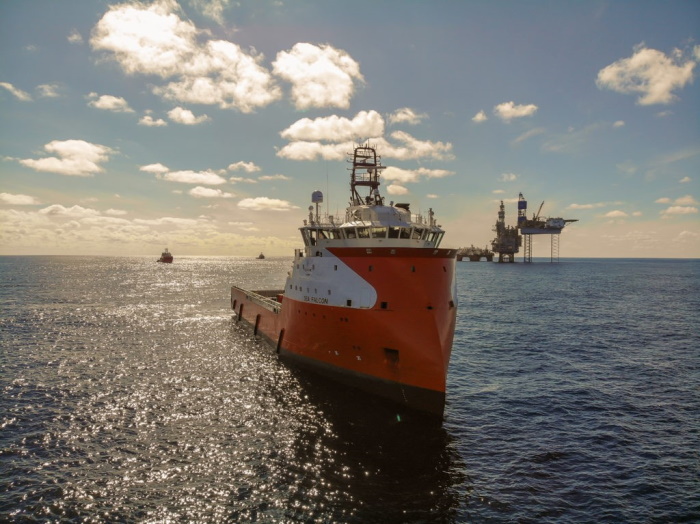 Following successful trials on board three Solstad vessels over the first three months of 2021, Fleet LTE will be commissioned on the remaining relevant vessels. With a fleet of around 100 vessels, Solstad Offshore is one of the largest offshore support vessel owners in the world.

“Inmarsat has supported Solstad Offshore’s requirement for connectivity over many years, which makes its commitment to our new Fleet LTE service package especially welcome,” says Eric Griffin, VP of Offshore and Fishing, Inmarsat Maritime. “We look forward to working with Solstad as it takes advantage of affordable high speed bandwidth and low latency to support its unfolding digital strategy for offshore operations within the North Sea.”

Following the launch of its Fleet LTE Offshore service for North Sea customers last year, Inmarsat unveiled plans to develop an equivalent bundled offering to offshore vessels in the Gulf of Mexico, after extending its agreement with subsea fibre and offshore LTE network operator, Tampnet.

The seamless integration of multiple technologies into one cohesive solution is similar to Inmarsat’s recently announced plan for ORCHESTRA, the communications network of the future. Inmarsat ORCHESTRA is a unique ‘dynamic mesh network’ that will bring together existing geosynchronous (GEO) satellites with low earth orbit satellites (LEO) and terrestrial 5G into an integrated, high-performance solution. Offering the lowest average latency and fastest average speeds, ORCHESTRA will eliminate the industry-wide challenge of congested network ‘hot spots’.
Source: Inmarsat