In direct response to the maritime crisis, the Secretary-General of the International Maritime Organization (“IMO”) convened an Emergency Task Force (“ETF”) to attempt to minimize the danger to the shipping industry and the extreme health risks to crewmembers stranded in the region.1 To that end, the ETF developed a stranded ship reporting form and disseminated advice and guidance to the Flag States.

The Crisis in the Region
At the inception of the conflict, IMO reported that approximately 94 vessels and 2000 seafarers were stranded in Ukrainian ports, including but not limited to Mariupol, Kherson, and Mykolaiv. By April 2022, the number of ships that were stranded had only been reduced by 12 vessels to 84.2

The IMO describes the circumstances of the stranded vessels in the region as “untenable.”3 The IMO, in conjunction with the International Labour Organization (“ILO”) have collaborated and jointly appealed to the United Nations High Commissioner for Refugees to assist seafarers. Further, the IMO has made a humanitarian appeal to Ukrainian charities, governmental port authorities, and the ILO to support seafarers and ports.4 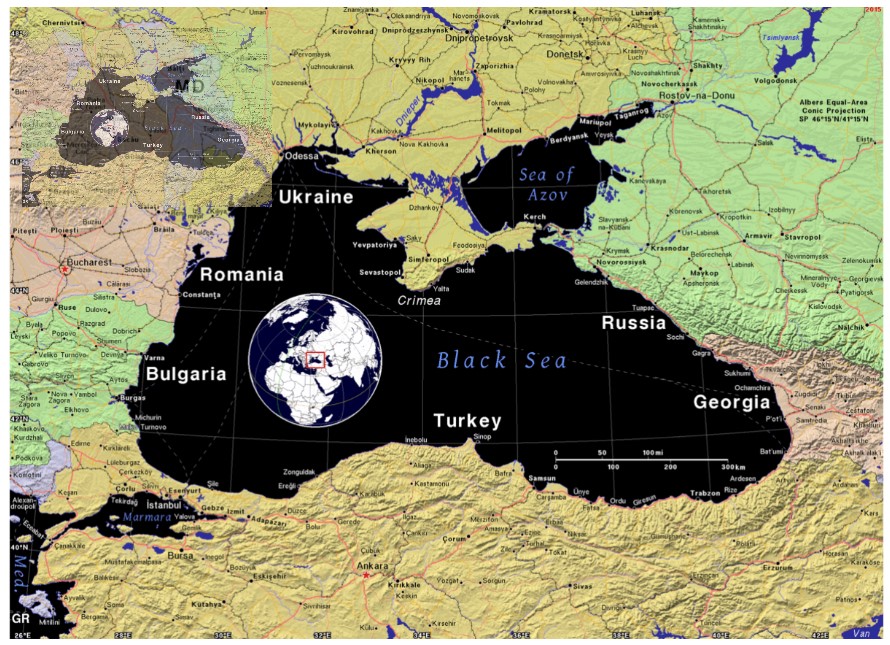 IMO Seeks to Establish a Blue Safe Maritime Corridor
On March 10 and 11, 2022, the IMO Council encouraged the establishment of a blue safe maritime corridor, in cooperation with the relevant parties. The corridor’s purpose was to allow safe passage for ships to securely evacuate from the area.5

On March 31, 2022, the IMO Council at its thirty-fifth extraordinary session sent Circular Letter No. 4524/Add.2 to (1) the United Nations; (2) intergovernmental organizations; and (3) non-governmental organizations in consultative status with IMO. The Circular Letter was prepared pursuant to Article I of the IMO Convention and the mission of the IMO Strategic Plan to promote safe, secure, and environmentally conscious shipping through the joint cooperation of the Member States. In that Circular Letter, the IMO solicited proposals to reduce the suffering of the trapped seafarers and vessels.

Resolution of the Maritime Safety Committee
Actions to facilitate the urgent evacuation of seafarers from the war zone area in and around the Black Sea and the Sea of Azov as a result of the Russian Federation aggression against Ukraine” during its multi-day session on April 28, 2022.6 The MSC Resolution contained the following statements:

• The MSC adopted the UN General Assembly Resolution A/RES/ES-11/1 March 2, 2022 condemning the military aggression of Russia against Ukraine and demanding that the Russian Federation cease military action.
• The MCS encouraged Member States to assist in the effort to provide safety and security to seafarers and ships in the region impacted by the armed conflict.
• The MSC emphasized the need to protect the global shipping industry and prevent disruption of supply chains in international trade.
• The MSC condemned the harassment of seafarers and ships in international trade based upon their Flag States and the nationality of the crew aboard the ships.
• The MSC emphasized that ships should be entitled to safely leave ports of Ukraine at the earliest opportunity without threats of attack.
• The MSC expressed its support for the IMO Secretary-General to collaborate with Member States to establish a blue safe maritime corridor in the Black Sea and Sea of Azov to allow safe passage from the area.
• The MSC emphasized that ships in international trade should not be “collateral victims in the political and military crisis.”7

The MSC expressed alarm and concern that commercial ships had been illegally seized and detained in violation of international law. Further, the MSC members stated that they were vitally concerned that the Ukrainian ports did not have secure access to food, water and medical supplies. Finally, the MSC urged the international community to work together to provide a blue safety corridor for the evacuation of the Black Sea and Sea of Azov regions.
Source: ATLP