The International Maritime Organization (IMO) Council decided in July to award the Prize to Mr. Angelo in recognition of his invaluable contribution to the work and objectives of IMO and to the international maritime community as a whole.

Accepting the prize, Mr. Angelo thanked the United States and INTERTANKO for nominating him, and the IMO Council for selecting him for the “tremendous honour”.

“It has been my distinct privilege to work side-by-side with many exceptional delegates from around the world over the past 39 years – all coming together to create solutions which have resulted in crucial improvements to maritime safety, security and protection of the marine environment. I am proud to have been a part of the progress we made together,” he said.

Mr. Angelo was nominated by the Government of the United States and INTERTANKO. In their nominations, they highlighted Mr. Angelo’s constructive and collaborative work with all stakeholders to achieve outcomes. Mr. Angelo was active in a number of IMO bodies, most notably the Maritime Safety Committee (MSC) and the Marine Environment Protection Committee (MEPC). He first attended the MEPC’s thirteenth session in 1980 and attended every session since, up to and including MEPC 73 in 2018. 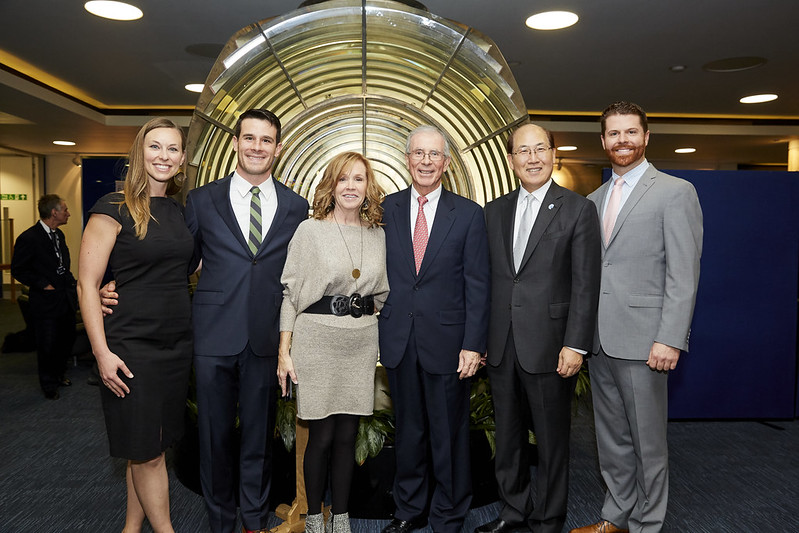 Mr. Angelo graduated from the United States Merchant Marine Academy at Kings Point in 1971. After a short stint in the U.S. Navy, he joined the U.S. Coast Guard as a civilian in 1977, rising to become a member of the Senior Executive Service in 1992. He retired from the USCG in 2005 and joined INTERTANKO to manage their Americas operation, becoming Acting and later Deputy Managing Director, while being responsible for INTERTANKO’s engagement at IMO.

He was Head of the U.S. delegation to MEPC from 1993 to 2004. From 2005 to 2019, he attended MEPC as Head of the INTERTANKO delegation. He chaired numerous important working groups.

A number of other IMO fora saw Mr. Angelo lead the U.S. delegation, including the Bulk Cargoes (BC) Sub-Committee, which he chaired for a number of sessions. He was Alternate or Head of the U.S. delegation for a number of IMO conferences, including those adopting the 1988 SOLAS and Load Lines protocols; the 1993 Torremolinos Convention for the Safety of Fishing Vessels; the 1995 amendments to the International Convention on Standards of Training, Certification and Watchkeeping for Seafarers ( STCW); the 1997 Protocol to the MARPOL Convention, the addition of Annex VI on prevention of air pollution from ships; the 2001 International Convention on the Control of Harmful Anti-fouling Systems on Ships; the 2002 SOLAS maritime security amendments, the addition of new SOLAS chapter XI-2 and the mandatory International Ship and Port Facility Security (ISPS) Code; and the 2004 International Convention for the Control and Management of Ships’ Ballast Water and Sediments.

As a U.S. delegate, Mr. Angelo also provided leadership on other important issues, including the adoption of the mandatory reporting system to protect the endangered North Atlantic right whale; the Approved Continuous Examination Programme (ACEP) for containers under the International Convention for Safe Containers; the specifications for the design, operation and control of crude oil washing systems; and the Code of good practice and key elements of Y2K contingency plans for ships.

On retiring from the USCG, Mr. Angelo joined INTERTANKO as Director of Regulatory Affairs, coordinating the association’s work at IMO until his retirement in 2018. For INTERTANKO, Mr. Angelo was renowned for driving the development of regulatory solutions acceptable and beneficial to IMO as the key UN body for shipping, its key committees and its Member States as stakeholders in international shipping. 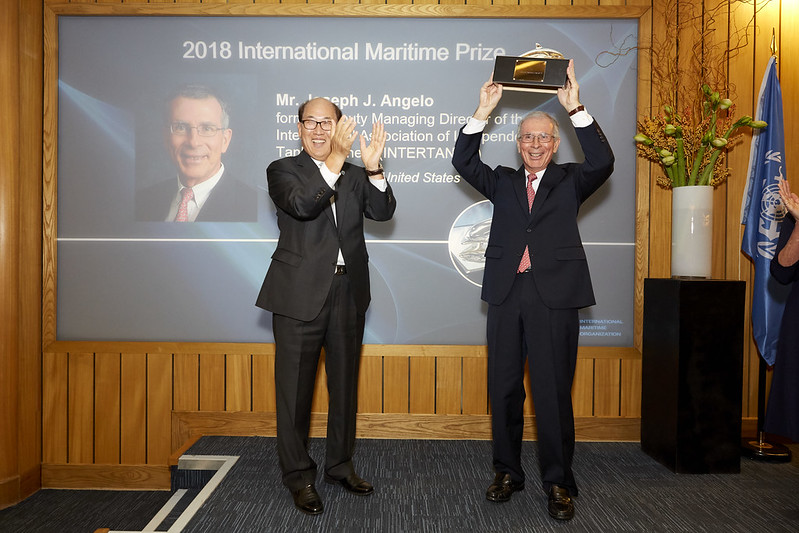 During the Awards ceremony, IMO Secretary-General Lim also presented a special certificate for individuals/organizations who have contributed greatly to the work of the Organization. The special certificate was awarded to Admiral Mohab Mohamed Hussein Mameesh, former Chair and Managing Director of the Suez Canal Authority and Chair of the General Authority for the Suez Canal Economic Zone. Admiral Mameesh was nominated by Egypt.

The International Maritime Prize is awarded annually by IMO to the individual or organization judged to have made the most significant contribution to the work and objectives of the Organization. It consists of a sculpture in the form of a dolphin and includes a financial award, upon submission of an academic paper written on a subject relevant to IMO. 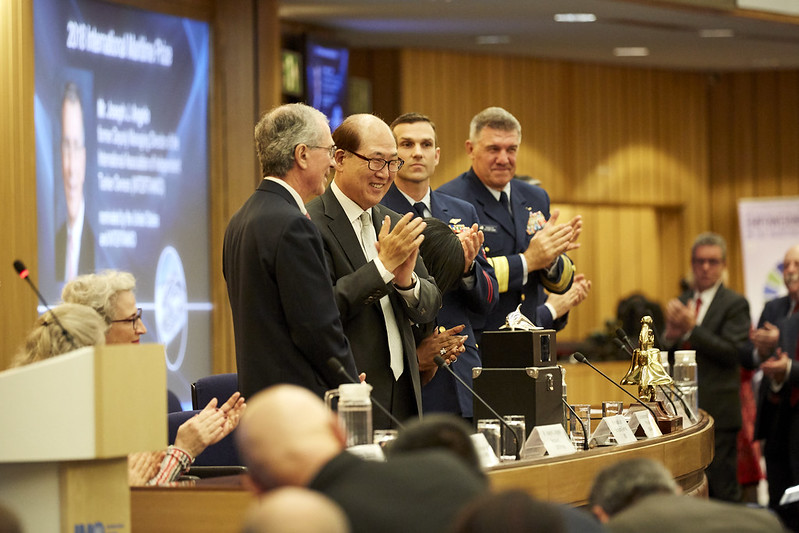 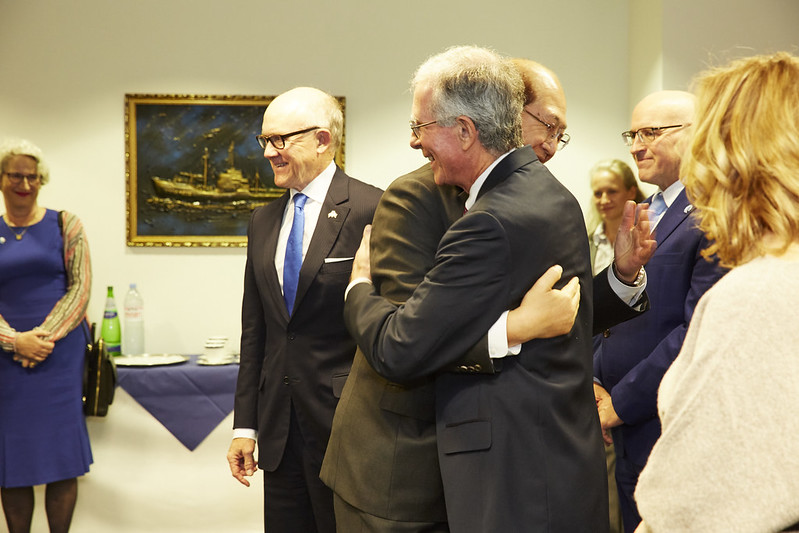 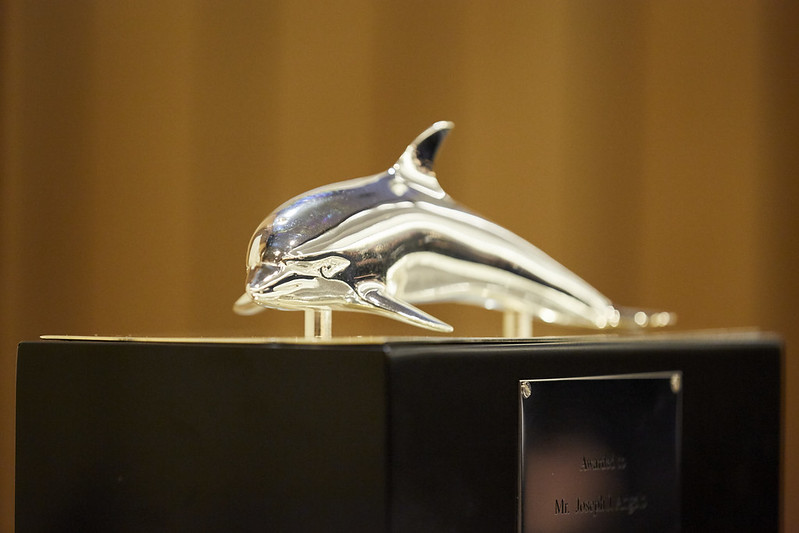