Interview: Tanker market to face headwinds during 2017, as OPEC’s lower oil output will shift trade flows around the globe

The latest decision from OPEC to trim oil output and the agreement which followed with non-OPEC members as well is bound to shift trade flows around the globe, posing new challenges to tanker owners. In an exclusive interview with Hellenic Shipping News (www.hellenicshippingnews.com), Mr. George P. Los, Senior Market Analyst with US-based shipbroker Charles R. Weber and Ms. Rachel Yew, research analyst with Singapore’s Ocean Freight Exchange, noted that negative pressures on rates and earnings will be shared heavily among the crude tanker size classes, with VLCCs in particular bearing the brunt of pressures. With this note, Hellenic Shipping News would like to wish all of our readers around the world a Merry Christmas and Happy Holidays!

How big of an impact do you think the latest OPEC decision and subsequent agreement with non-OPEC producers to limit oil output will have on the crude markets?

George:
At face value, the OPEC and non-OPEC cut agreements represent a fresh challenge for the crude tanker market overall during at least the first half of 2017, which is the period they cover for now. Of the OPEC member cuts, most members are expected to shoulder a proportional cut of around 4.6%. Due to their collective size, it is the Middle East producers thereof who will be cutting the most, taking nearly 1 Million b/d of supply out of the market. Simultaneously, however, West Africa production could rise given that Nigeria is exempt from the OPEC cuts and stands to boost production by levels well in excess of the cuts distributed to Angola, the region’s other major producer, and other smaller regional producers.

Nigeria’s crude production was significantly curtailed during much of 2016 by militant attacks in the Niger Delta and during October, production stood 237,000 b/d below 2015 levels, but it has been rebounding and could return to near-2015 levels during 2017, provided security issues continue to improve. Meanwhile, cuts under the OPEC and non-OPEC agreements elsewhere in the region amount to about 100,000 b/d. Considering the combination of intended supply cuts from the Middle East and prospective supply gains in West Africa, we believe that some Asian crude buying interest could migrate to West African grades.
We estimate that if just 64% of lost Middle East volumes sourced by Asian buyers are replaced with volumes from West Africa, total corresponding round-trip employment days would rise by 9%, due to greater number of miles traveled. Since reduced Asian interest in West African grades was a major driver of the low VLCC demand the market observed during Q3, a return to normalized levels and potential increase from there could go some way in offsetting VLCC fleet growth during 2017.
More West African crude going to Asia, however, disfavors Suezmax demand and given the challenges this class faces from what will likely be its fastest net fleet expansion in decades, Suezmaxes will probably increase the presence in VLCC and Aframax markets as a more attractively-freighted alternative. As a result, negative pressures on rates and earnings will be shared heavily among the crude tanker size classes.

Rachel:
The OPEC and non-OPEC agreement to cut up to 1.8 mmb/d of production will definitely help to clear some of the excess surplus in the market and put a floor under crude prices. If fully implemented, we will likely see a drawdown of inventories at the end of 1H 2017 as the full effect of the cuts start to take place. This is reflected in the ICE Brent futures curve which remains in contango for the first six months of 2017. The contango starts narrowing sharply in June and becomes flat by August.
However, rebalancing of the market remains fairly fragile as the threat of oversupply continues to loom in the background. Any substantial increase in oil prices opens the floodgates to a potential wave of production from non-OPEC producers such as the US, Canada and Brazil. Iran, Libya and Nigeria (which are exempted from the deal) have the potential to ramp up output as well, making an overall increase in OPEC production next year a very distinct possibility.

In your view, is compliance going to be an issue this time around?

George:
Historically, OPEC target compliance rates have been low and were declining until OPEC abandoned targets altogether at the end of 2015. While there is a lag between production and supply rates of around one month, we note that Iraq intends to increase crude supplied from its key southern export terminal at Basrah during January to highs last planned nearly a year ago, casting at least some skepticism over the compliance with agreed cuts. Additionally, some of the agreed country-level cuts will merely mirror natural production declines, while others could coincide their cuts with domestic refinery maintenance plans and Russia isn’t expected to reach compliance until April/May – at which point the current agreement will be up for reevaluation. Gauging and enforcing compliance remains a difficult task as well. So, we are hesitant to take the cuts entirely at face value and in our internal modeling until the market has had the opportunity to observe the extent compliance, which realistically won’t have taken place until near the end of Q1. In the interim, we are assuming a compliance rate of 75% in our base-case supply/demand models.

Rachel:
Yes, I think market expectations are 50-60% for compliance as OPEC has a history of cheating. Compliance is likely to take place at the beginning as key producers Saudi Arabia and Iran face heavy domestic pressure to boost prices. Saudi Arabia has been grappling with record high budget deficits due to low oil prices, and has added incentive to boost prices due to its planned Aramco IPO. Iran’s incumbent President Rouhani faces a tough election in May 2017 amid growing pressure to attract more foreign investment. Saudi Arabia and its Gulf allies have signaled their commitment to compliance as they have started informing customers of cuts in supply.
As prices start climbing, we may see greater incentive by OPEC members to cheat. We have already begun to see some cracks as Iraq plans to increase crude exports in January by 390 kb/d despite committing to a cut of 210 kb/d in the November 30 deal. 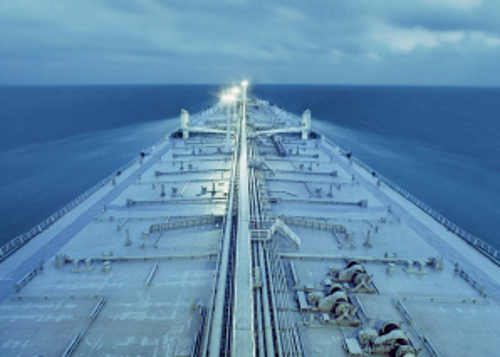 How is the tanker market going to be impacted in terms of future freight rate movement?

George:
Ultimately, the greatest challenge facing crude tankers during 2017 is fleet growth: we project fleet growth of 5.3% for VLCCs, 10.7% for Suezmaxes, 4.7% for Aframaxes and a collective carrying capacity increase at the highest level this decade. Exacerbating this is the fact that anticipated delivery dates are heavily centered on Q1, which implies a quick hit to earnings because of the added capacity… and the fact that newbuildings are commercially disadvantaged for their first trades, which will complicate the rate environment for disadvantaged and non-disadvantaged units alike. So, even absent the OPEC and non-OPEC agreements, we had already expected crude tanker earnings to decline by an annual average of 23% during 2017. Since the agreements, we have increased the rate of decline and now expect crude tanker earnings to decline by an average of 28%.

Rachel:
The overall impact on the tanker market will vary by sector. VLCCs will be hit the hardest as the majority of the cuts are from Middle Eastern producers, leading to less crude export cargoes. However the negative impact may be somewhat offset as Asian buyers turn to Atlantic Basin crudes to replace Middle Eastern barrels, leading to an increase in ton-mile demand.
Suezmaxes and Aframaxes may see a more positive effect as Nigeria and Libya ramp up production, leading to more export cargoes and helping to boost mid-sized tanker rates. The increase in bunker prices will also help to push up freight rates.

Are Greek ship owners going to feel the same impact and what actions can they resort to in order to limit any negative impact?

George:
As with all ship owners, the impact of 2017’s fundamentals will be proportional to their exposure to the physical market. Collectively, Greek ship owners have a long history in the tanker space and thus understand – perhaps sometimes more so than many of their counterparts – that there is perpetual and inherent risk of both downside and upside in the physical market. In terms of the structure of the crude tanker market, we believe that a return to strength can materialize past 2017, but this is heavily dependent on how the pace of phase-outs transpires going forward.

Rachel:
With less export cargoes from AG which is a main hub, all shipowners will be affected. They can try positioning their ships in the Atlantic Basin where exports will not be affected.