Dry bulkers’ prices could offer some scope for research and historical comparison, as shipbroker Intermodal suggests that there are investment opportunities to be found. In a recent weekly note after this year’s Posidonia Exhibition, the shipbroker said that “with the market now at full speed after Posidonia, we believe a comparison between dry bulk asset values and freight rates during the 2016 Posidonia and the respective ones during this year’s exhibition is quite interesting”. 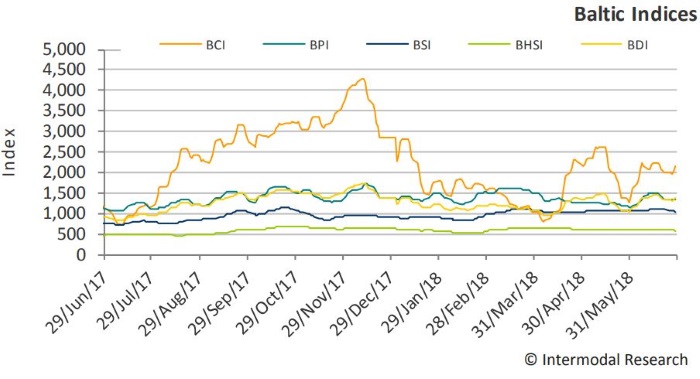 According to Soulakis, “when looking at the comparisons above, two points become immediately obvious. The first is the very impressive overall improvement in both the second-hand and freight market and the second the relative resistance of 28k dwt Handysize asset values to an increase proportional to the one in earnings. Indeed, while the rest of the sizes display a more proportional increase between rates and asset values this is not the case for 28k dwt Handysize. To be more specific, average rates for the size have increased around 75% from $4,894/day (avg. May-June 2016) to $8,568/day (avg. May-June 2018), while second-hand prices have moved up by 40-50%. Despite the fact that there is no adequate comparison between 2016 and 2018 Handysize >30kdwt sales, market ideas and the few recent transactions show an alignment to the appreciation rate witnessed in the other sizes, further highlighting the lag noticed in the prices of the smaller Handies”. 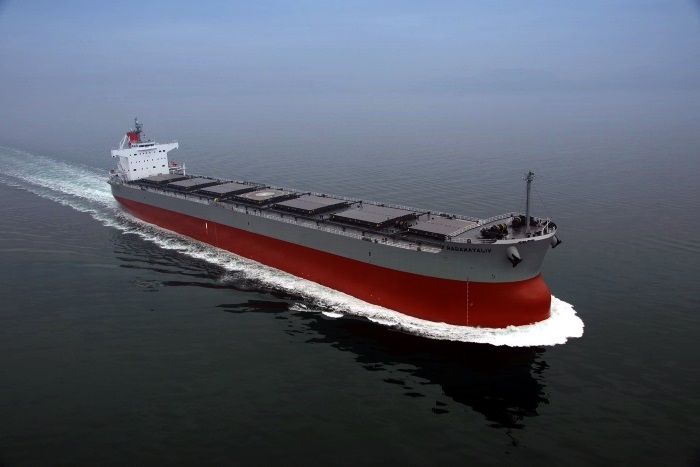 Intermodal’s broker added that “making a prediction for the market during the 2020 Posidonia is obviously impossible, not only because two years are especially by today’s standards a very long period for accurate forecasts, but also due to the fact that various drivers are simultaneously shaping the markets these days (regulations, trade tariffs etc.) We do think though that just by looking at the above comparisons the usual saying “crisis creates opportunity” comes to mind and maybe a bit of interest should be shifting towards the tanker side as a result”, he concluded.
Nikos Roussanoglou, Hellenic Shipping News Worldwide

Previous: ISO specification is another step forward for Methanol as marine fuel
Next: Chinese iron ore and steelmaking prices July 10 2018