While demolition activity in the dry bulk segment has been up by 185% this year, compared to 2018, a potential dry bulk market recovery ultimately hinges on the improvement from the demand side of things. In its latest weekly report, shipbroker Intermodal said that “over the past two weeks, the Dry Baltic Index has been on an upward trend, breaking the 1,000 point mark last week for the first time since January, and creating a positive sentiment for the upcoming weeks after Easter holidays”.

According to Mr. George Panagopoulos, Research Analyst with Intermodal, “with the reweighting of the BDI last year, the barometer of the market is on Capes (counting for 40% of the BDI). As we have witnessed, the first four months for the Capesize sector were dramatic, with a new historical low on the BCI (92 points in 02/04/2019), well below OPEX earnings, muted SnP activity (currently only 3 reported sales), the biggest orderbook to fleet ratio (currently at 14%) and increased demo activity (currently at 20 capes, translating to 3.8m dwt). Therefore, it is interesting to examine what affected the capesize market”. 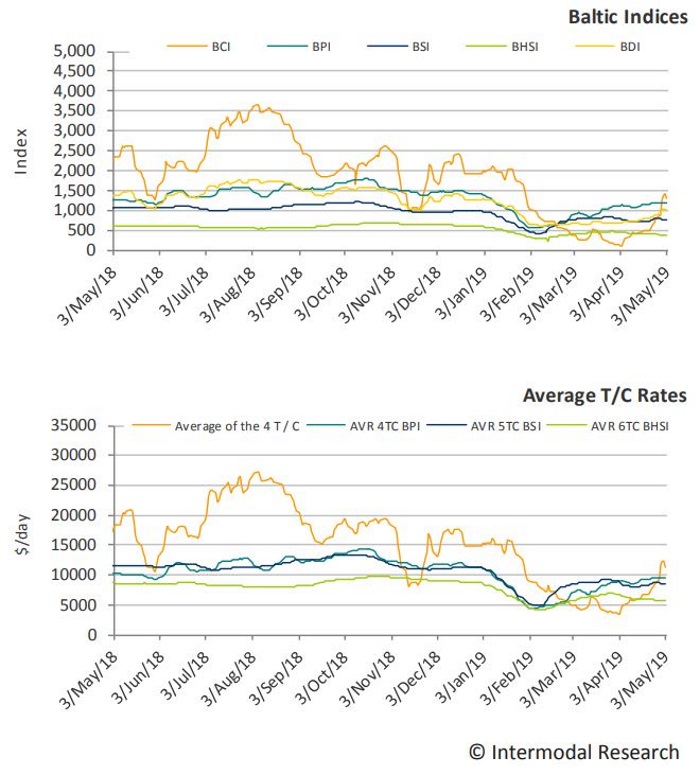 Intermodal’s analyst said that “the VALE dam disaster in Brazil is undoubtedly one factor that has pushed Capesize earnings to lower levels during February and March. Analysts estimated that the disaster left around 40 to 50 Capes unemployed. Moreover, China’s iron ore imports were down in April due to VALE closure and the Australian cyclone. Lastly, we do have to take into consideration the seasonality of iron ore, which is also a factor for weaker freight rates”. 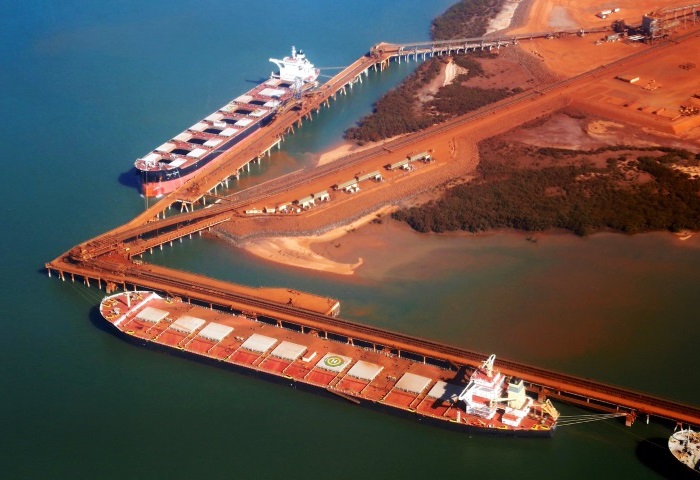 Panagopoulos also noted that “concerning the muted SnP activity on capes the past four months, it is normal for the decreasing freight rates to cause ship-owners to have many concerns about investing in the Capesize segment. However, something that should be mentioned along with the muted SnP activity is the asset value’s resistance to decreasing. From the table below (please find attached) it can be identified that despite T/C rates having dropped 35% compared to last year, the values have only decreased by 7%”.

“With regards to demolition, activity in the segment is up by 186% compared to last year. The VALE dam disaster, the poor freight rates and the upcoming regulations next year are factors for the increased demo activity. Nevertheless, something that has also helped ship owners to consider demolition as an option is the healthier demo prices in the Indian subcontinent. When comparing a similar situation in the segment back in 2016, average prices ($/ldt) are up by 61%. All in all, last week we witnessed capes covering lost ground much faster than expected. However, the following weeks will show if this correction on rates will continue. Undoubtedly China’s demand for iron ore will be critical together with the trade talks between China and United States. As far as SnP transactions and demo activity go, their future performance is definitely linked with the aforementioned”, Panagopoulos concluded.
Nikos Roussanoglou, Hellenic Shipping News Worldwide