“During the first quarter of 2019, the Company’s financial performance was negatively impacted by the severe disruptions in the iron ore trade due to the tragedy at Vale’s Brumadinho mine. Other factors impacting the market were the adverse weather conditions in Australia, first quarter seasonality and trade tensions between the US and China. Year on year our daily TCE in the first quarter declined by approximately 35%, largely in line with a 33% drop in the Baltic Capesize Index (“BCI”) in the same period. However, the negative impact of all these events appears to be behind us. During the second quarter we have seen a strong recovery in the Capesize market which has so far been reflected in our operating performance. From a low rate of $3,500 per day the Capesize market is currently trading around $14,000 per day. We therefore expect the multiyear low rates of Q1 to end up being the lowest point in our financial performance for this year. 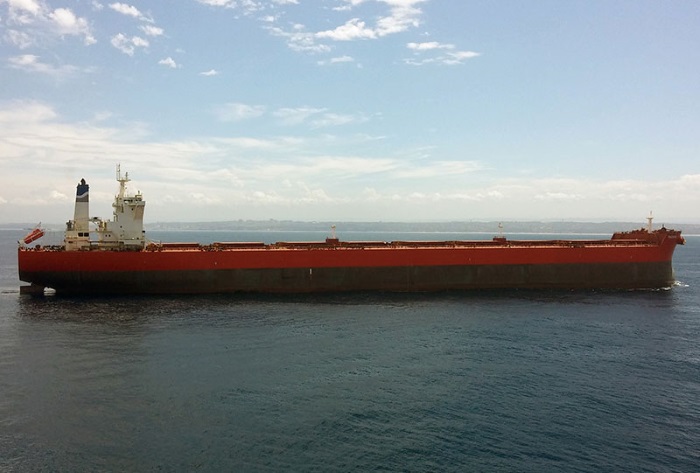 On market developments, it is worth noting that in the period from January to May 2019 Capesize demolition in deadweight terms rose by approximately 140% compared to the same period in 2018, driven by the sales of 6 older Very Large Ore Carriers. As a result, net fleet growth of 1 million deadweight tons up to May 2019 is more than four times lower than in the same period of 2018. For full year 2019, net Capesize fleet growth is now expected to be lower than 1.7% highlighting a slowing trend in fleet growth expectations.

Moreover, due to the disruption of Vale exports and associated iron ore price increase, iron ore stockpiles in China have fallen to levels last seen in February 2017. Given the pace of inventory drawdowns and generally robust downstream steel demand, most market sources consider iron ore inventories to be at critically low levels that will soon lead to aggressive restocking. Lastly, the implementation of IMO 2020 rules will lead to fleet supply disruptions as more than 15% of the global Capesize fleet is expected to be dry-docked for scrubber installations within 2019. Vessels that are not going to install scrubbers are also expected to incur off hire days for fuel tank cleaning to accommodate the use of new low Sulphur fuels, further restricting effective vessel supply.

Against this backdrop, we have been very proactive about improving our liquidity position. In May 2019 we completed a public offering and a private placement for a total amount of $20.5 million. We raised $14.3 million of gross proceeds through a public offering of units. In addition to the public offering, we completed a private placement of $6.2 million of units at the public offering price to Jelco Delta Holding Corp. (“Jelco”), a company affiliated with our major shareholders, in exchange for the forgiveness of certain payment obligations of ours, including all interest payments due in 2019. Earlier in the year, in March 2019, Jelco also provided a new loan of $5 million to the Company. As previously disclosed, we have agreed to a $4.5 million top-up on one of our existing facilities with a major European bank and $3.3 million of principal deferrals, approved by certain of our lenders. Therefore, since the beginning of the year, the improvement in the Company’s liquidity position has been approximately $32 million.

We believe that Seanergy is well protected from any temporary market slowdown and in a superior position to ride a rising freight market in view of the favorable market fundamentals.”
Full Report