Is the U.S. economy sinking or the strongest ever? For the Fed, no clear answer

The U.S. Federal Reserve is under pressure from President Donald Trump to cut interest rates. Investors expect the Fed to cut, perhaps by a lot.

What’s the holdup?Perhaps more than at any time in the last few years, the data flowing into the Fed isn’t telling a clear story, partly because of contradictory signals – rising employment but slowing factory output, for example – but also because everything may be clouded by a trade war that shows no signs of ending.

Of late, when economic data has come in outside consensus forecasts, the surprises have been to the downside.

Other indicators have been discouraging as well. 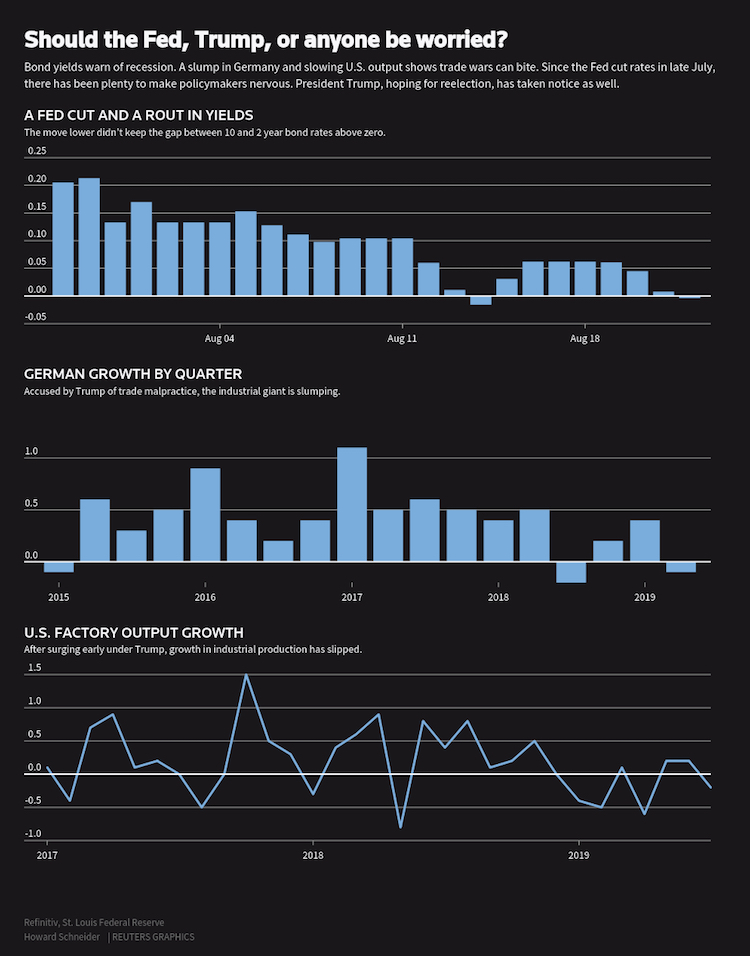 But deciding what it all means is not straightforward, particularly at a time when the Fed is less confident about some of its underlying ideas about how the economy works, and also has to think not just about today, but about how its current actions may shape the economy a year or more down the road.

In that context the recent yield curve inversion may either be a signal investors are losing faith, a result of the trade war pushing money into “safe” U.S. bond markets, or a more benign byproduct of the fact that the yield on the 10-year German bond is now negative. Who would buy that over a U.S. Treasury with positive return?

Trump was upset about the low German rates on Thursday. But it actually is evidence of the United States’ relative strength. Long-term U.S. Treasury yields may have been pulled down as a result, and that may help consumers here by driving down things like home mortgage rates.

And plenty else is going right. Consumer spending is so strong many think a U.S. recession is still a distant threat. 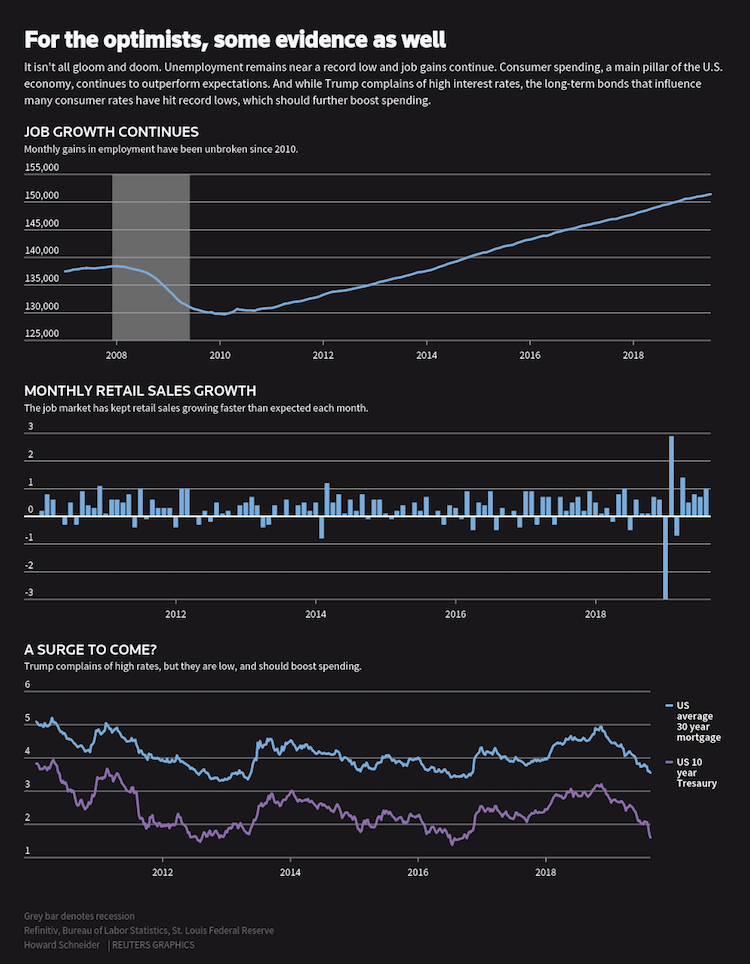 The S&P 500 helps bridge the two sides of the story. Still up 16% on the year, it has fallen 3% since the Fed met in late July and worries over a more extended trade war intensified.
Source: Reuters (Reporting by Howard Schneider; Editing by Andrea Ricci)