Is the Worst Over for the Tanker Market?

The tanker market could be about to turn a corner, as demand is expected to grow in the coming months. In its latest weekly report, shipbroker Gibson said that “in its April 2021 World Economic Outlook, the International Monetary Fund (IMF) lifted global economic growth projections for 2021 and 2022 by 0.8% and 0.2% to 6% and 4.4% respectively due to the anticipated vaccine-driven recovery in the 2nd half of this year and additional fiscal support in some major economies, most notably the $1.9 new fiscal package in the US. In line with the IMF projections, the International Energy Agency (IEA) also revised upwards its expectations for world oil demand growth by 230,000 b/d this year to 5.7 million b/d”.

“According to Our World in Data, just over a billion people or over 12% of the global population have received at least one vaccine dose. There are currently 13 different vaccines being used, with 6 front runners being used in between 24 to 138 countries each. The roll out of vaccinations is expected to accelerate exponentially in coming months as manufacturing of approved vaccines is ramped up while new vaccines are expected to enter the market. According to Airfinity research, nearly 9.5 billion could be manufactured by year end, facilitated by vaccine partnerships between different pharmaceutical companies”, Gibson said.

The shipbroker added that “despite this positive picture, both the IMF and IEA warn that prospects are highly uncertain, and the recovery remains fragile amid a threat of new virus mutations and escalating outbreaks in a number of countries. Global daily new cases hit a record high of over 899,000 on 23 April, with India’s 360,000 cases accounting for over 38% of the total. The virus is also out of control once again in a number of countries in Latin America, the Middle East, Asia, Europe and Canada, with infection rates in many hitting new records”. 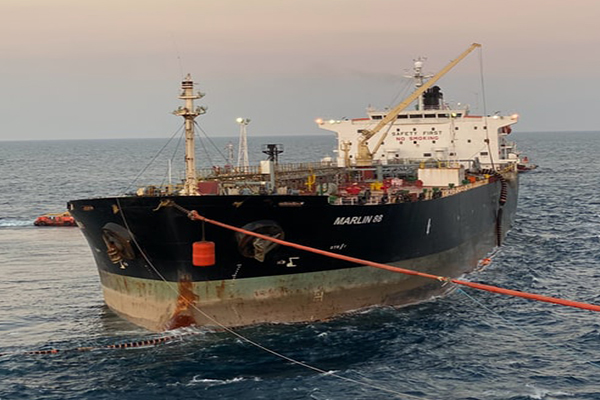 According to Gibson, against this backdrop, it is challenging to feel optimistic about the near-term market prospects. However, there is promising evidence that vaccines are working. The recent Financial Times analysis of data from several countries, including the UK, France, the US and Chile (with all countries facing different conditions in terms of infection rates and vaccines roll outs) shows that rates of infection, hospitalisation and fatalities have moved to lower levels in age groups where vaccine penetration has been the highest”.

“If vaccine production accelerates as anticipated, then indeed human mobility and so demand for oil products could increase rapidly. Advanced economies are likely to be the first to benefit from vaccination programs, with the IEA seeing sizable growth in demand in the US and in Europe during the 2nd and 3rd quarters of the year, while both OECD and non-OECD Asia are likely to witness robust growth rates during the 4th quarter. For Europe, the rebound in demand is likely to translate into higher crude and distillate flows into the region, although some of the rising demand will initially be sourced from land based inventories accumulated during the pandemic. In the US, the picture is more complex as increases in refining runs are likely to put some pressure on crude exports but at the same time will support crude imports and product exports”, Gibson noted.

“For the tanker markets overall, this paints a positive picture. The IEA estimates that nearly 2 million b/d of additional production could be needed to meet anticipated demand growth, even with the recently announced increases in OPEC+ output. Most of these gains are likely to come from OPEC+ countries, offering a much needed boost to crude tanker demand. However, for this to happen we need to see how the situation in India develops and how severely the outbreak in the country could impact infection rates elsewhere in the world”, Gibson concluded.
Nikos Roussanoglou, Hellenic Shipping News Worldwide