Is Ukrainian corn a potential winner of China, US, EU trade spat?

The recent application of retaliatory tariffs of 25% on US corn by both the EU and China is likely to reduce exports from the US to these countries sharply. One potential beneficiary of this is Ukraine, a major corn exporter on the Black Sea. However, lack of clarity on the duration of the tariffs and whether they might suddenly rise or fall creates uncertainty over whether Black Sea exporters will benefit.

After the EU and US announced on July 25, 2018, they would work more closely toward 0% tariffs, there might be little chance of Ukraine profiting.

High stocks in both China and the EU are another factor indicating Ukraine is unlikely to benefit in the short term. The reduction in potential destinations for US corn is likely to trigger a drop in prices. 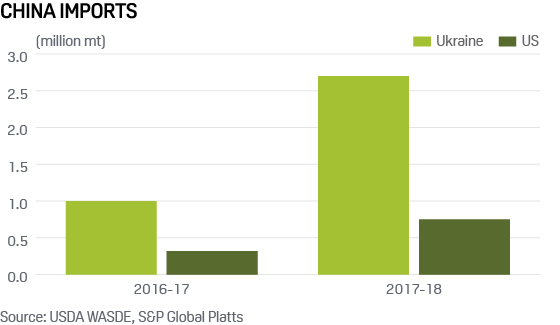 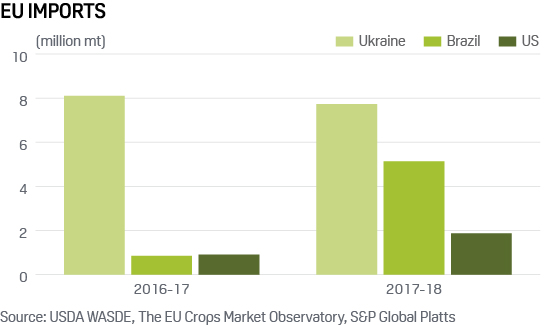 Consequently, Ukrainian producers might find that other key markets, such as Egypt, start buying even cheaper US corn. 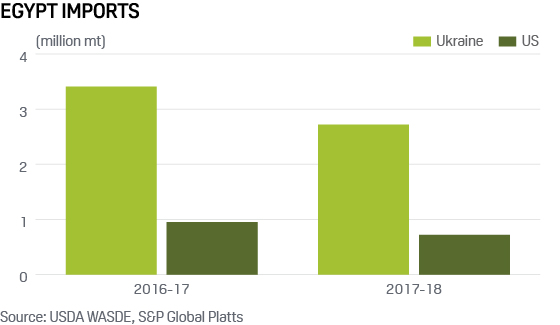 Exports to China from both the US and Ukraine have been growing. According to US Department of Agriculture data, China imported 4 million mt of corn in 2017-18 over September 2017-August 2018. Between July 2017 and June 2018, Ukraine increased its exports to China nearly fourfold on the year. US exports more than doubled.

The increase in exports to China follows a growing appetite for animal feed as well as corn ethanol crushing, as China seeks to reduce carbon emissions by blending ethanol into gasoline. With China expected to import another 5 million mt of corn between September 2018 and August 2019, according to the USDA a tariff of 25% on US corn would likely keep US corn out of the market. The fact that China turned away some US cargoes earlier this year on quality issues suggests there was already a shrinking appetite for US corn even before the tariffs. The shortfall could be made up by Ukraine or other major exporters such as Brazil with whom China has a strong relationship.

However, China has huge corn reserves. Between September 2017 and August 2018, China consumed over 20 million mt of these stocks, with another 20 million to be consumed in 2018-19, according to the USDA. Increased production and more stock consumption would suggest that any shortage from imports can be covered easily. Consequently, Ukrainian corn looks less essential now. 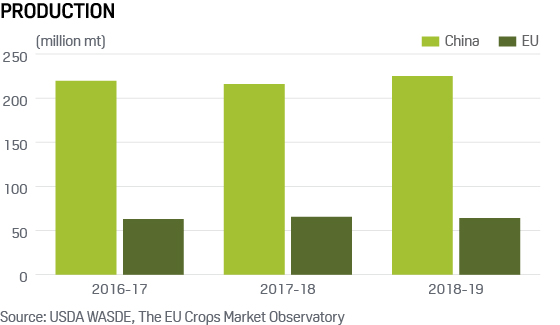 The picture in Europe presents large market share opportunities to be seized from the US, but also demonstrates the challenges due to competition from Brazil. Data from the EU Crops Market Observatory, which reports between August and July, shows that the EU focused most heavily on imports from Ukraine in the 2017-18 marketing year when it accounted for a 45.2% of imports. Given that the US exported 1.87 million mt to the EU, there will be a large gap for Ukrainian producers to fill.

However, Ukraine’s market share fell from 63% in 2016-17. Over this period the US doubled and Brazil quintupled its exports to the EU. If Brazil continues to produce significantly more cheaply than Ukraine, it could ramp up its EU-bound exports. On the other hand, the EU, like China, can dig into its large stocks

EU and Chinese tariffs on US corn will probably result in Ukraine facing greater competition in markets outside the EU and China, especially if additional US corn supply does result in lower US corn prices. However, this does not necessarily mean that Ukraine will not export more.

Ukraine’s gradual move to river logistics from railroad should make transshipments more efficient, making it cheaper to load vessels at port. Furthermore, improving ties with Europe and China should encourage more trade. However, uncertainty over the duration of the tariffs as well as China and the EU potentially consuming stocks in the short term, Ukraine may not move additional volumes and could, due to increased US competition elsewhere, actually move less. This is further compounded by the recent announcement by the US and EU of their intention to cooperate more closely on moving toward tariff-free trade. 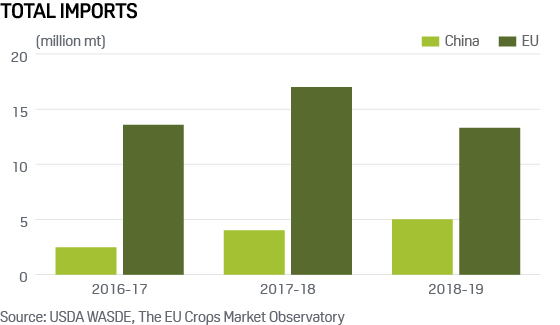 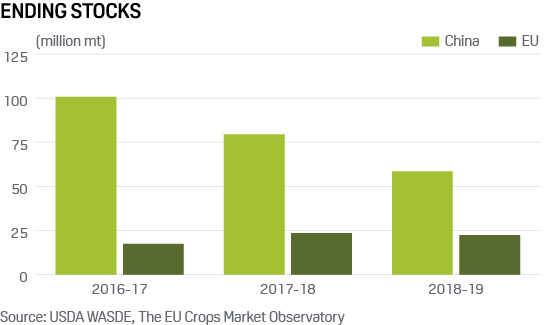