It’s All About Second Hand Ships These Days

Ship owners appear to be turning to the secondhand market with increasing appetite, as higher costs and longer delivery times are deterring factors from placing a newbuilding order. In its latest weekly report, shipbroker Allied Shipbroking said that “on the dry bulk side, overall SnP activity remained at relatively modest levels for yet another week. At the same time, the majority of transactions involved units from the smaller size segments, that comes rather inline with the general robust trajectory in terms of freight earnings for this sub-market. Moreover, ship prices have held a fair bit of upward pressure for some time now, especially in the Capesize segment. Whether this positive movement in terms of asset prices will further affect transaction volumes moving forward, remains to be seen. On the tanker side, market activity was positive, with buying appetite showing diversity across the sector, given the inmrpoving course of revenues noted across the different sub-segments. On the pricing front, values followed an upward trajectory for this past month, with Aframaxes and ta MRs showing the largest percentage increases, ranging from 8.2% to 12.7%”. 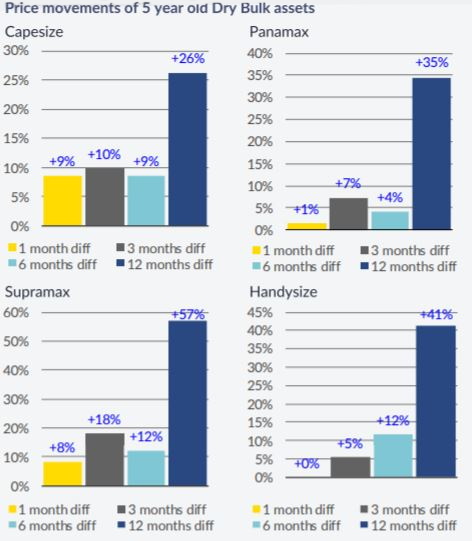 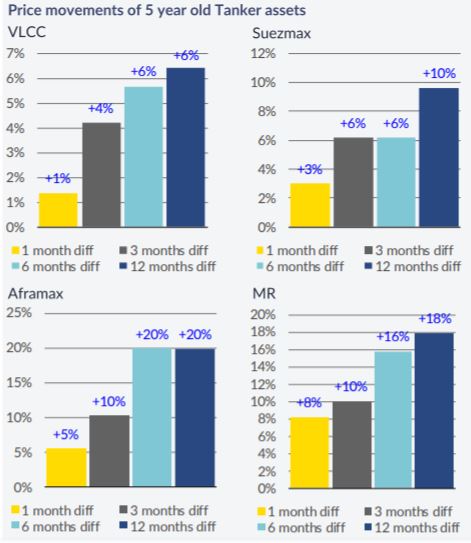 In a separate note this week, Banchero Costa added that “the escalating BDI supported by the general positive sentiment is keeping the 2nd hand activity pretty strong both in bulkers and tankers. In dry tonnage, we have seen activity across all segments last week. Starting from larger ships, speculation was made on the sale of the Japanese controlled cape mv MINERAL HAIKU 180.000 dwt blt 2010 Japan, being sold for 26.7 mln USD to European Buyers. Effectively the ship is inviting offers on 10th May and we will be able to report more in the next weekly. Two postpanamax controlled by Chinese owners were sold to different Buyers, mv GREAT ASPIRATION (2010 with DD due Aug 2022 / BWTS fitted) and GREAT CHEER (2009 with DD and BWTS due Nov 2022) both 93.000dwt blt Jinling went respectively to Greek buyer for 18 mln usd and to Chinese Buyer for 17 mln usd. A January 2022 blt Yamic (MitsuiYangzi) RICH RAINFOREST, kamsarmax 82.000 dwt BWTS – Tier II – EEDI II is reported sold to Greek buyers for an allegedly price of 40.8 mln USD, this marks and important achievement of pricing breaking the 40 mln mark. 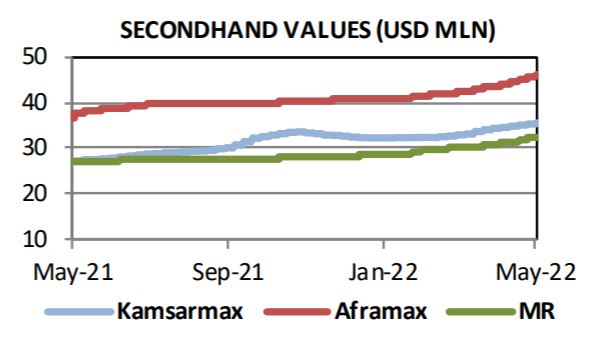 Two panamax design sister blt in China mv SITC LUSHAN and SITC ZHOUSHAN abt 76.000dwt blt 2013 Yangfan (Tier II – BWTS fitted both) are reported sold for 22 mln usd each to undisclosed Buyers. In what is considered a private deal the 56.000dwt Mitsui supramax blt 2006 mv THERESE SELMER (BWTS fitted) is reported sold to undisclosed for a price of 17.5 mln usd basis summer delivery. The smaller Iwagi 53 design mv AM OCEAN PRIDE blt 2003 is privately sold to Chinese buyers for a price of 14.2-14.3 mln usd. Lacking activity on handy last week, the only interesting sale is the IONIC HUNTRESS 34.000dwt blt 2012 Dae Sun (SS/DD due prompt June 2022) which sold to Eu Buyer for region 19 mln usd, in line with the sister IONIC HALO recently sold for 19.2 mln usd basis SS passed). There are few interesting modern handysize available for sale, with a strong chartering market for the segment we expect to have some new sales in the next weekly”, the shipbroker noted. 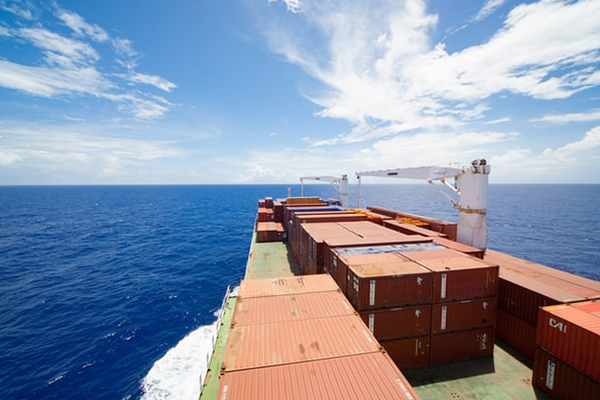 Meanwhile, “tanker sales filling up the columns, there were not many ships reported last week but there are several discussions firming on the table, a trend we now see since a few weeks supported by a stronger market both in COT and PT trades. Starting Aframax the SOPHIE SCHULTE 115.000dwt blt 2005 Sanoyas is reported sold for a price of region 17 mln usd. A similar LR2 mv FSL HONG KONG 115.000dwt blt 2007 Samsung was reported sold to Chinese Buyers for region 19.5 mln USD. The Chinese LR1 mv AMALIA 73.000 dwt blt 2006 New Century is reported sold for region 10.5 mln usd. Container activity remains busy with leading MSC still in the buying mood. The XIN FENG YANG PU of about 5000 teu blt 2006 in Hanjin is reported sold to them basis very prompt delivery for a price of about 70 mln usd. A smaller feeder of 1700 teu mv A HOKEN blt Wenchong 2004 (DD due prompt July 2022) is rumoured sold to the same Buyer for region 24 mln usd basis June-July delivery”, Banchero Costa concluded. 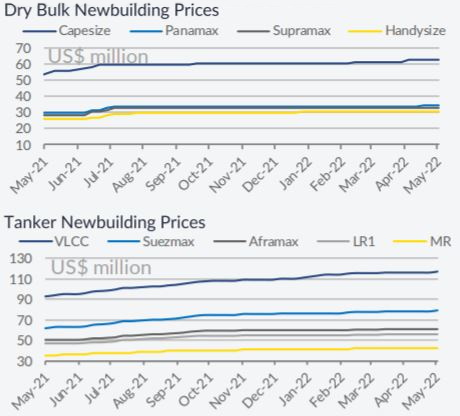 Meanwhile, in the newbuilding market, Allied added that “with an extremely reduced number of transactions taking place, the week for the Shipbuilding market ended with just one order of 8 containership units from Seaspan coming to light, which is no surprise that the only order was for containerships given the consistently positive performance in the freight market which is still holding and seems to still have plenty of “steam”. The “zero covid” strategy and measures that China has undertaken, continue to cause severe delays in the delivery process and in the negotiation process due to the many major shipbuilders having shut down operations for the time being. However, the market sentiment does not appear pessimistic, with appetite and discussions still undertaken for new orders which will probably finalize and come to light with some delay due to the current conditions. In terms of the prices being quoted, thins seem to momentarily be holding stable, though with a fair bit of upward pressure still holding under the surface as the market still seems to hold ample appetite and fair activity levels”, the shipbroker concluded.
Nikos Roussanoglou, Hellenic Shipping News Worldwide