Mostly missing or infrequently discussed in the COVID-19 pandemic is the current oil crash deepening from crippling fuel demand, sending prices spiraling to an all-time low (crude oil future prices turned negative at some point). As Americans continue to work from home – traveling less than ever in recent history due to the crisis – combined with the current oil price war between Russia and Saudi Arabia, the industry is in the midst of a predicament never seen before with an oversupply of oil and not enough people to buy it.

Following President Trump’s announcement that he extended his administration’s social distancing guidelines through the end of April to fight the virus– according to Dow Jones Market Data – the biggest percentage drops on record for any month or quarter occurred. The pandemic has truly halted economic activity and global travel, leading to a drop in oil demand incomparable to any other time. Typically, consumers are driving cars more during any fuel price plummet, which helps the energy sector rebound.

But, due to the restrictions in place around quite literally everything, that recovery cannot occur like it previously has, leading to the expectation of an even more massive surplus of oil and lower prices in the near future.

In 1920, the Jones Act, a federal law that regulates maritime commerce in the United States, was propelled into law to help support jobs in that sector. To this day, it requires goods that are shipped between ports in the United States to be transported on ships that are built, owned and operated by United States citizens or permanent residents. The Act, while seemingly positive for U.S. citizens at glance, also substantially increases the cost of shipping to places like Hawaii, Alaska, Puerto Rico as well as other non-continental U.S. Lands that rely on imports by prohibiting the number of vessels that can deliver goods legally.

As such, the supply of American built, owned or operated vessels is relatively small compared to the global supply of ships while the demand for basic goods remains the same or grows. As a result, shipping companies can then charge a higher rate because of a lack of competition, with much of the increase in cost passed on to consumers.

President Trump then met with the heads of some of the largest U.S. oil companies to discuss measures to help the industry with the unprecedented oil crash. While nothing of major significance publicly resulted, there is ongoing discussion among industry professionals and the legal sector of potentially supporting and/or issuing a waiver on the Jones Act. More ships would be able to transport oil around the U.S. as a result. For example, oil would be able to more freely shipped from the Gulf Coast to markets on the East Coast and upper West Coast, which are currently being inundated with imports from Saudi Arabia and Russia.

It’s important to mention, there have been previously granted waivers – roughly for two weeks – during other emergencies. Although, typically, these waivers have historically occurred after hurricanes due to a given storm’s impact on oil facilities.

Differing points of view within industry

No doubt, this preposition – and it merely is just that, an idea – is widely championed by oil companies. Although, ship-builders and trade unions are more likely to oppose it. Interestingly enough, both of these parties are of utmost importance to the Trump Administration, and there is not a single, easy solution that would ease tensions among both.

The American Exploration and Production Council (AXPC) supports a temporary waiver of the Jones Act to “allow American producers to move domestic products with greater ease within the U.S.” This viewpoint remains despite a historic deal last week by major oil producers to cut crude production by 9.7 million barrels a day.

Even though Russia and Saudi Arabia came to that agreement (after weeks of Moscow refusing to agree to cut output ahead of the expiration of the OPEC+ agreement – OPEC+ being a top oil producer group) many experts agree that it did not appear to have much of an impact. Already, there are talks of implementing further reductions to meet falling demand amid global COVID-19 shutdowns.

This means that producers are continuing to produce too much, yet demand is still extremely low. As a result, the buildup in inventory will be extremely difficult to fix in the near future. In fact, according to the terms of the accord, much of the details don’t go into effect until May 1. Even if the pandemic were to end tomorrow, the effects of the oil crisis will last long after that.

Issuing a waiver of the Jones Act is a popular current debate because it will lessen the overall impact for some within the oil and gas industry, especially as OPEC warned that even with a full implementation of oil production cuts, it would not prevent a surplus in the second quarter –that’s when demand for OPEC’s crude will fall to the lowest in three decades.

Not only is there concern over an overproduction of oil, the industry is generally considered an “essential activity or service” by governments and have been, essentially, exempt from any lockdown measures. This means that the industry is experiencing increased difficulties due to workforce shortages as employees become sick or as oil and gas companies work to abide by social distancing rules.

Months into the pandemic, companies are still struggling to operate on skeleton crews to help with continuing operations and to avoid any disruptions – especially when it comes to safety procedures like maintenance, repair, inspections and more.

Operators need to consult their legal counsel continually to help consider third-party contracts who both work on site and abide by current COVID-19 policies as well as develop a plan for potentially sealing of wells due to less personnel on drilling rigs.

Now is the time, as the situation progresses, to review provisions in contracts to excuse any failures to perform. Depending on the situation, a party may seek to claim a “force majeure” – which means an unforeseeable circumstance is preventing someone from fulfilling a contact. No doubt, as instabilities increase as do uncertainties, the number of disputes on performance pegged to existing contractual obligations will as well.

Attorneys specializing in this area are crucial to make sense of any issued government support, too, as the energy sector is surely considered a national interest matter. There have been a number of key measures – differing from country to country – to support employment and performance in this area, so understanding them from an international lens is key.

Additionally, we’ll likely begin to see producers placed into default and many will consider consolidation or M&A work (mergers and acquisitions). This is a normal response to any downturn in the industry, as previously seen in the 2014 price slump.

Whether additional legislative changes in the United States, permanent or temporary, will be made remains to be seen – like changes to the Jones Act. But indisputably, the manner in which the industry reacted due to the COVID-19 crisis – combined with the ongoing oil war between Saudi Arabia and Russia – will have a lasting impact on the industry going forward and certainly will result in changes regarding how both the public and private sectors react in a parallel, future catastrophe. 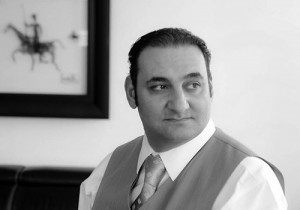 John Neocleous is the Founder and Managing Partner of NCI Law Group, a multinational law practice in the United States, United Kingdom and Switzerland.

Previous: Dry Bulk Market: Capesizes On “Fire”
Next: Tanker Market Could Suffer During the Second Half of 2020