Jamaica confirms its place at the heart of maritime legislature

Jamaica has confirmed its position at the heart of international maritime legislature after being re-elected to Category C of the Council of the International Maritime Organization (IMO).

Jamaica, was re-elected on Friday, November 29, 2019, during the 31st session of the IMO Assembly held at the IMO Headquarters in London, to serve another two-year term until 2021. 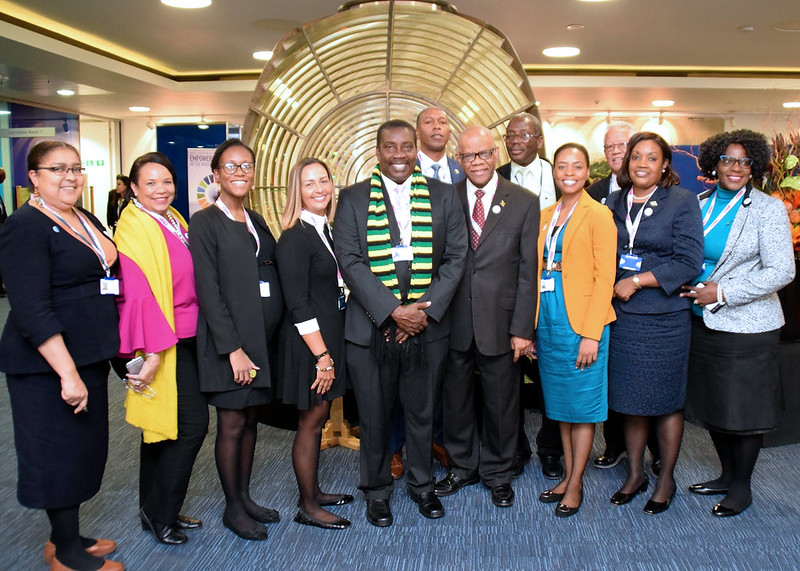 The Jamaican delegation at the IMO.

The Minister of Transport and Mining, the Hon. Robert Montague who led the Delegation for the first time, was elated at this achievement and said: “At the IMO Assembly you are on the world stage with all the maritime powers. It is indeed remarkable and indicative of the level of respect accorded to Jamaica as a maritime State that our peers have recognized our contribution and re-elected us to serve on this august body.”

The Council is the governing body of the IMO when the Assembly, which normally meets biennially, is not in session. It approves the work of the various Committees, proposes the budget, appoints the Secretary General for the Assembly’s approval and makes policy recommendations including the IMO’s strategic plan.

Minister Montague continued, “Being a member of the IMO Council raises Jamaica’s maritime profile, gives Jamaica a representative voice for all maritime regulatory issues, enabling us to represent our nation, our maritime industry and other Caribbean States, who have similar economic profiles and maritime issues.”

Jamaica has been an active member of the IMO since the establishment of the Maritime Authority of Jamaica (MAJ) and has served in several areas including having the Director General of the MAJ, Rear Admiral Peter Brady serve as the previous Chairman of the former IMO’s Standards of Training and Watchkeeping (STW) sub-committee between 2002 and 2012, now called the Sub Committee on Human Element. The Deputy Director General, Mrs Claudia Grant, currently chairs the Sub-Committee on Implementation of IMO Instruments (III). Jamaica was also selected as Lead Partner Country on a number of IMO Projects and regularly hosts regional capacity-building activities in collaboration with the IMO.

The Chair of the Maritime Authority of Jamaica, Corah Ann Robertson Sylvester, had high commendations for the team who represented Jamaica at the election meeting – which included the Director General of the MAJ, Rear Admiral Brady, who was at the heart of the country’s campaign for re-election having been appointed as the Special Envoy to IMO. He was delighted with the outcome and indicated that Category C is special, as, among other things, it seeks to give a voice to Small Island Developing States (SIDS), in maritime regulatory decision-making. 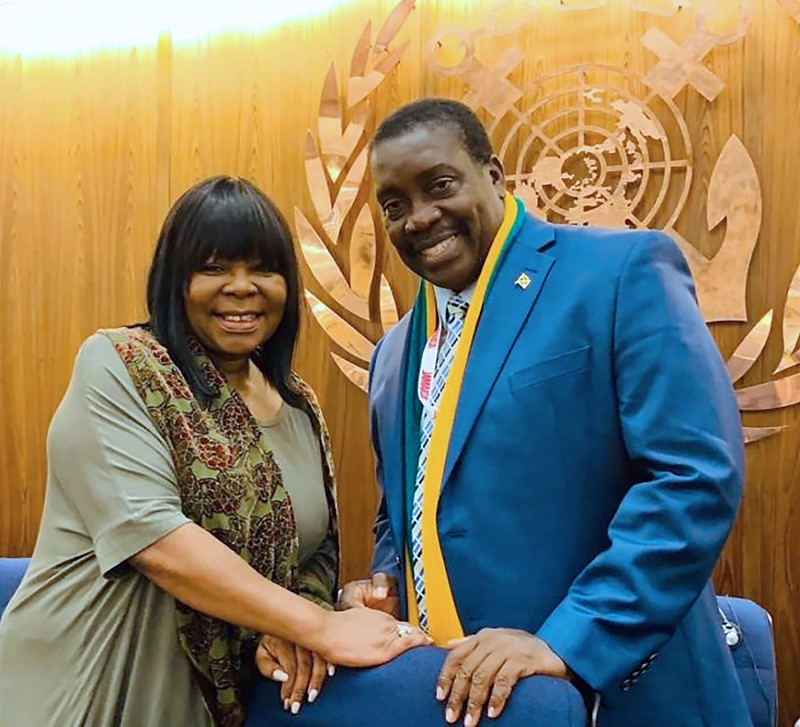 Jamaica’s Hon Robert Montague with the President of the IMO Assembly, Her Excellency Nomatemba Tambo.

“We take this responsibility seriously and try to participate in the work of the IMO to ensure that the interests and concerns of Jamaica, the Caribbean countries and SIDS in general, are adequately ventilated at this level,” Rear Admiral Brady said.