This call reinforces Jebel Ali Port’s position as a global maritime hub and one of the fastest-growing ports in the region that connects 150 ports globally. The vessel and its crew led by Captain Wang Lei were welcomed by Shahab Al Jassmi, Commercial Director, DP World UAE. Al Jassmi handed over a plaque to the Master of the vessel in the presence of Darico Dai, Owners Representative, CULines and other senior officials.

Abdulla Bin Damithan, CEO and Managing Director, DP World UAE & Jafza said, “The arrival of MV CUL HUIZHOU is a significant milestone for the Jebel Ali Port that has reaffirmed its leading status. It is encouraging to see that the global shipping industry continues to acknowledge the port’s role in world trade by introducing new lines that will enhance bilateral trade ties between countries and benefit the global trade and logistics industry.”

Bin Damithan added, “Jebel Ali Port is complemented by Jebel Ali Free Zone (Jafza), DP World’s leading trade and logistics hub in the Middle East. In 2020, the Dubai China non-oil bilateral trade stood at AED 38.6 billion of which Jafza contributed AED 11.5 billion, accounting for 30% of the total trade value. The new service will further contribute to these achievements by boosting the confidence of Chinese traders and giving them access to economies in the Middle East. Furthermore, in conjunction with the Projects of the 50, we are certain that this significant connection will contribute to the UAE’s goal of increasing the current AED 257 billion trade volume by AED 40 billion each year.” 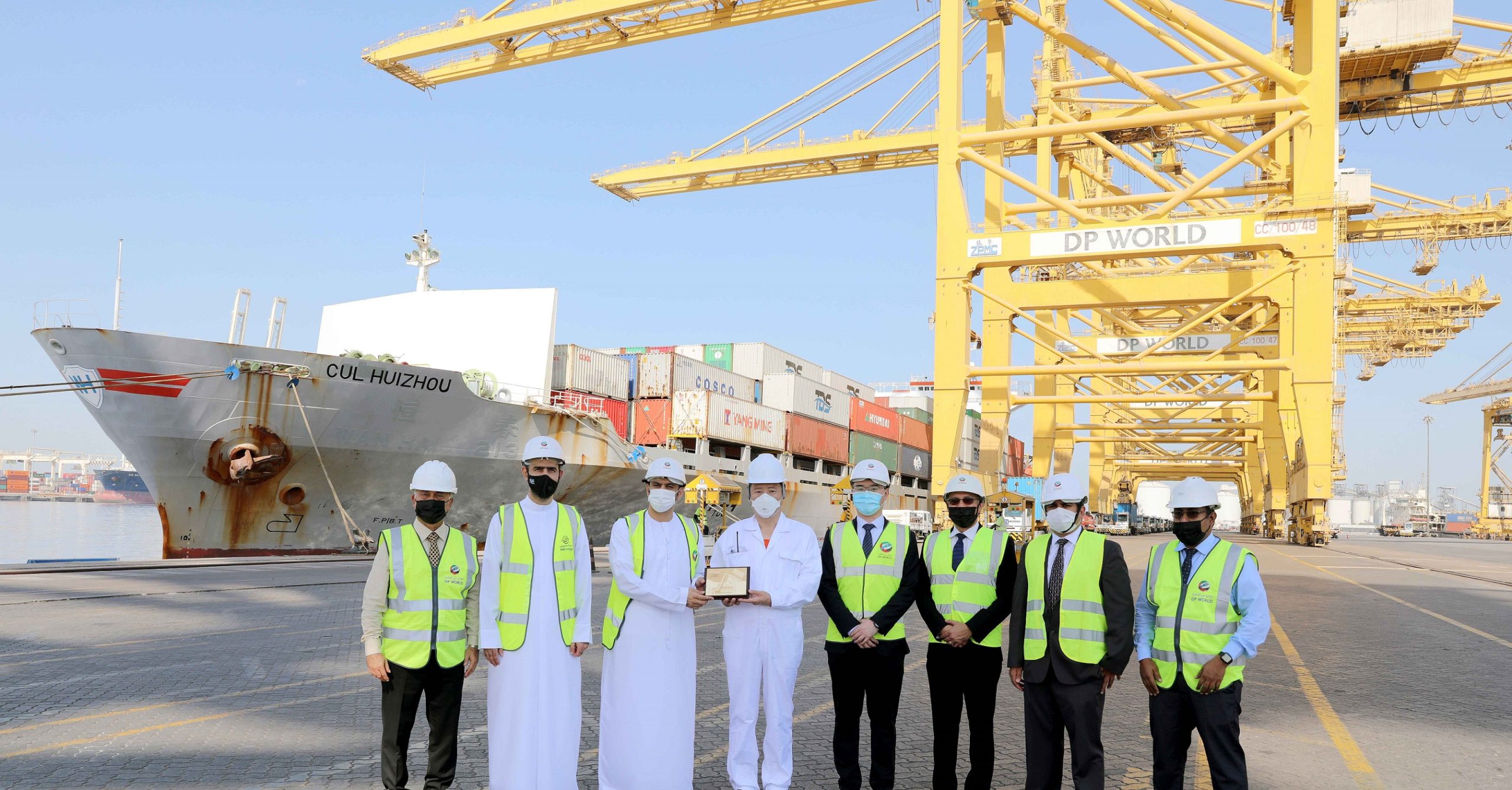 Raymond Chen, Chairman and CEO, China United Lines Ltd. (CULines) said: “CULines is a China-based liner company focused on Southeast Asia and the Mainland China to Taiwan Cross-strait services. In the past two years, CULines grew gradually. In particular, in the first half of 2021, we launched a regular bi-weekly China-Europe service. In July, more than ten vessels were deployed into the Trans-Pacific service between China and the West Coast of the United States. We currently rank 23rd on Alphaliner in terms of fleet capacity, in line with this over 64,000 TEUs of new containers were ordered in 2021. With the support of DP World, CULines has entered into the Middle East market. China and the Middle East have close economic and trade exchanges, and the importance of an efficient supply chain has become more significant during the global pandemic. CULines hopes to have more cooperation with DP World in the future. To aid this, a maiden voyage of the weekly service AGX (consortium named GCS) in cooperation with RCL/PIL/KMTC will be scheduled to call at DP World’s terminal on December 13th.”
Source: Jebel Ali Port, DP World