Just Five Older VLCCs Have Been Scrapped During 2021

Despite elevated ldt prices for ship scrapping, vintage tanker tonnage and more particularly VLCCs, have remained far from the scrapyards so far in 2021, adding to the supply side of a lackluster tanker market. In its latest weekly report, shipbroker Gibson said that “the latest VLCCs that have been reported as scrapped have joined a small, but up to recently growing number of tankers heading to recycling yards. The Sea Coral (1996-built, 298 k dwt) and the Jubilee Star (1996-built, 310 k dwt) have both been sold for record high scrap prices. The Jubilee Star was sold for $24.5 million, or equivalent to $572 per ldt, while the Sea Coral was sold for $24.7 million, equating to $578 per ldt. The timing of their departure from service has coincided with, what is seen as the peak of scrapping prices as well as the removal of vessels from the floating storage fleet”. 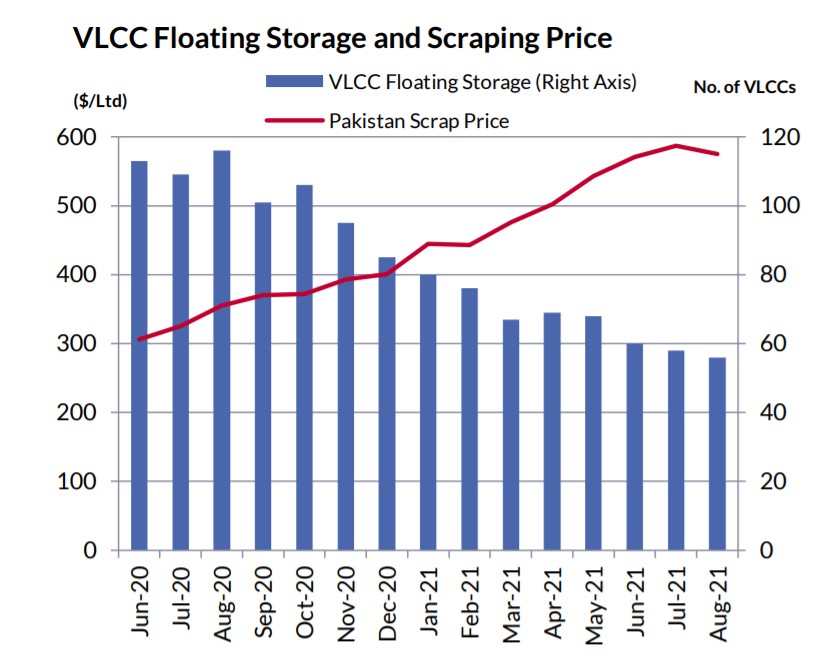 “However, we had both vessels as FSOs and as such they were already removed from the active VLCC fleet as they were on permanent fuel oil storage off Malaysia. It may come as no surprise that these older vessels have been scrapped as the requirements for floating storage has been falling. Last June, at the peak of the storage cycle, according to Gibson Floating Storage database there were 77 non-Iranian VLCCs involved in all forms of storage, including crude, clean and dirty products. As oil production was moderated to take account of the developing Covid-19 pandemic, storage requirements declined. According to our records, there are 30 non-Iranian VLCCs currently providing some form of floating oil storage. Perhaps surprisingly, as the demand for floating storage declined, there hasn’t been a corresponding rise in scrapping of older vessels. So far this year, according to the Gibson Fleet Database there have been five active VLCCs scrapped. The oldest vessel was the 1996-built Em Vitality (343 k dwt), whilst the youngest has been the 2003-built Eurodestiny (343 k dwt). This compares to just one VLCC that was reported as scrapped during the whole of 2020, the 1996-built Sam (338 k dwt)”, Gibson said. 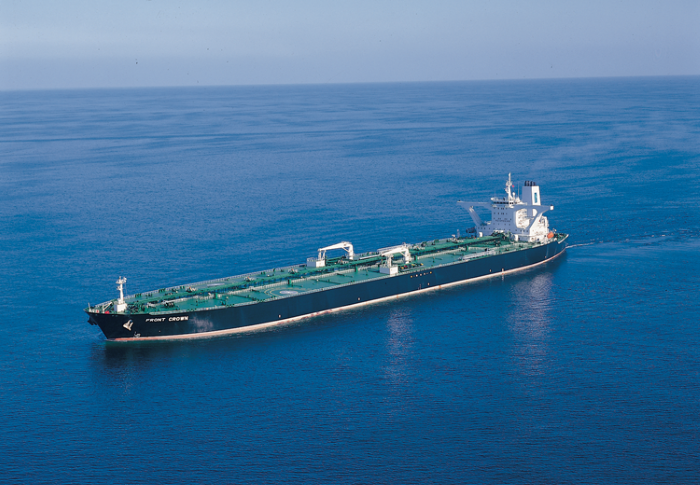 According to the shipbroker, “nearly non-existent levels of scrapping during 2020 were partly understandable due to record high TCEs reached in spring 2020. However, the drop in crude production levels and the decline in demand for storage vessels witnessed since 2H 2020 would normally have seen an uptick in scrapping candidates. However, this did not happen to a significant level. We wrote back in May that this might be due to demand for vintage tonnage to operate in sanctioned trades. Embargoes against Iran and Venezuela had forced buyers and sellers of sanctioned crude to find owners willing to undertake such trades. At the time we estimated that up to 10% of VLCCs were involved in such trades. This could partly explain the hiatus in scrapping. But what is surprising is that more vessels have not been sold for scrap during the recent run on scrap price. The average tanker scrapping price during 2020 in Pakistan was $357 per ldt, whilstup to July 2021 the average price was $509 per ldt. There was a rise in scrapping prices from August last year. This was partly due to the rise in commodity prices, including rising steel plate prices. But, this bull run seems to have come to a halt. Recent reports that scrapping deals have not reached conclusions as prices have been falling have meant that owners are unwilling to commit tonnage to a falling market. This is despite scrap prices still remaining historically high”.

“So what ray of hope can we provide? Well, there is the scheduled OPEC+ 400,000-bpd increase in crude exports every month. However this will only require around four VLCCs per month. Unless scrapping levels bounce back, it is highly unlikely that if current market conditions continue, there will be any prospects of tanker earnings lifting from their present doldrums”, Gibson concluded.
Nikos Roussanoglou, Hellenic Shipping News Worldwide