KARMOL’s first Floating Storage Regasification Unit (FSRU) was delivered on 15th March at Sembcorp Marine in Singapore and will begin sea trials off Singapore today ahead of its deployment to Senegal in the coming weeks.

In Senegal, Karpowership is operating a 235MW capacity Powership, around 15% of the country’s supply, since August 2019. The first FSRU, operated by KARMOL will soon sail to the West African country and the Powership will switch to operating with LNG before the end of June.

KARMOL’s unique technology means a combination of Powerships and FSRU’s will bring LNG to Power to countries with no domestic gas supply. The company plans to switch its entire fleet of Powerships to LNG, a sustainable, affordable and environmentally responsible fuel.

Under the same joint venture, another FSRU is already under construction which is planned for deployment to Mozambique. 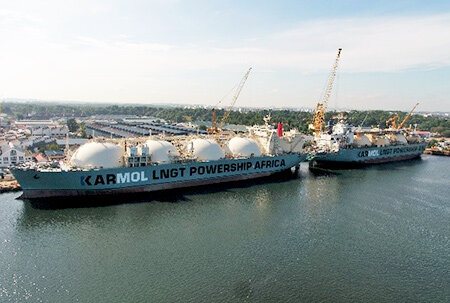 KARMOL Board Member Gokhan Kocak-said: “This is a big moment for West Africa and the wider continent, and an exciting time for KARMOL.”

“We have a bold ambition to offer LNG to Power across the world and especially within Africa. Usage of FSRUs mean we can unlock the benefits of clean and affordable electricity for millions of people, even where countries have no domestic gas production or infrastructure.”

“I am looking forward to the ship completing its sea trials and beginning its voyage to Senegal.”

“The use of FSRUs and Powerships is a ground-breaking solution which opens up the prospect of stable electricity, powered by efficient, cleaner fuels, to many more countries.”

“Our KARMOL partnership is at the core of a long-term plan to bring reliable, economical and green electricity to our current partners and new customers.” 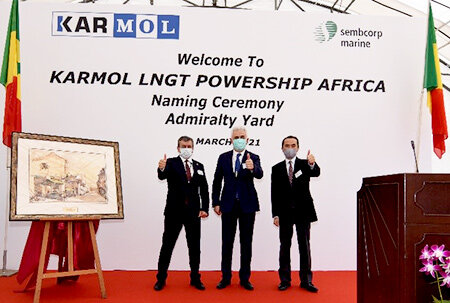 “This milestone has been achieved against the most challenging of backdrops with the ongoing global COVID pandemic which makes this all the more satisfying.”

The Senegal FSRU and another vessel each have a capacity of 125,000 cubic meters. Singapore-based Sembcorp Marine has done the construction and conversion work.

Following gas trials, the FSRU is expected to depart Singapore early April, expected to arrive in Senegal in mid-May, with operations planned to begin in June.