Keeping a ship safe from fire and explosion hazards: An Expert’s View from Brookes Bell

Identifying Cargo Fire and Explosion Hazards under the IMSBC Code” can often be the difference between life and death, or between a destroyed ship or not. As such, Hellenic Shipping News Worldwide (www.hellenicshippingnews.com) sought after the helpful views from one of the shipping industry’s leading experts on the matter, Brookes Bell Group, in an exclusive interview with Dr. Martin Jonas, a partner and consulting scientist with the group.

Could you please provide some background on the IMSBC Code?

The International Maritime Solid Bulk Cargoes (IMSBC) Code seeks to facilitate the safe carriage of solid bulk cargo. Cargoes that are not handled correctly can pose a serious risk to a vessel and the safety of its crew by potentially causing a fire or explosion at sea.

Replacing the Code of Safe Practice for Solid Bulk Cargoes (BC Code) in 2009, the IMSBC was initially applied on a recommendatory basis. However, from January 2011 it became a mandatory regulation under the SOLAS Convention. Over the years the IMSBC Code has undergone periodic review and seen a number of revisions, the latest and third set of amendments coming into force in January earlier this year.

What are the main cargoes that ship owners or charterers have to be aware of in relation to fire and explosions?

Ship owners and charterers need to be aware of cargoes categorised under Group B in the IMSBC Code, “cargoes with chemical hazards which could give rise to a dangerous situation on a ship.” The chemical hazards associated with Group B cargoes are specific to each individual cargo and very varied in nature. Some Group B cargoes, such as coal, direct reduced iron and ammonium nitrate-based fertilisers, have hazards that can result in self-heating to the point of fire and/or to emission of flammable gases which present a risk of explosion.

In addition to the cargoes listed in the Code presenting a fire and/or explosion hazard arising from their inherent nature, fires or explosions may also occur in other cargoes which are not inherently hazardous if exposed to external fire hazards. Examples include fumigant explosions and fires in grain cargoes caused by buried cargo lamps.

There are ten specific bulk cargoes listed in the Code because of their fire or explosion risks. The most high-profile of these are COAL, AMMONIUM-NITRATE BASED FERTILIZER, DIRECT REDUCED IRON (DRI) and SEED CAKE. Each of these cargoes have specific requirements on declaration, pre-loading testing, cargo monitoring and/or ventilation. These requirements are listed in the Code and are mandatory under SOLAS. It is essential that these are complied with to the letter in order to ensure safe carriage.

It is crucial that shippers understand the behaviour of their cargoes and declare their cargoes correctly. Ship-owners should also have an awareness of potentially hazardous cargo so that they are able to raise questions before accepting a load that may pose a risk to their vessel and crew. Once a cargo has been loaded, it can be very difficult to remove.

Are there other potential hazards the Code doesn’t include?

The Code has its limitations, and it’s crucial that individuals are aware of this. While it provides general guidance on the properties of common cargoes shipped in bulk, it does not list all cargoes currently offered for loading. Unlisted cargoes present a particular danger, as their hazards have not been properly established. Some cargoes declared as non-hazardous by shippers can in fact be highly dangerous. Shippers themselves may not be aware of this.

Because of this, it is a mandatory requirement of the IMSBC Code that unlisted cargoes are only permitted for loading if accompanied by a special permission from the competent authority of the country of loading under Section 1.3 of the Code. Such permissions are only issued after a formal assessment of the properties and hazards associated with the cargo.

It is essential that shipowners do not accept any unlisted cargoes for loading unless accompanied by a Section 1.3 certificate. This is irrespective of any representations from shippers about their long experience with shipping this cargo or its non-hazardous nature. Some cargoes may not appear to have any hazards but present non-intuitive dangers

A good example are palm kernel shells which are shipped in increasing volumes from Indonesia and Malaysia as a renewable solid biofuel for power generation. This cargo is not listed in the Code and is generally declared as non-hazardous by shippers. However, recent incidents have demonstrated that it can emit methane at very high levels and there is therefore a serious explosion risk which ship owners have been unaware of as no Section 1.3 assessments had been conducted.

Another danger is that some listed cargoes that are usually safe to carry can behave differently on occasion. For example, petroleum coke and wood pellets typically don’t cause any issues, but have been known to self-heat or emit flammable gases.

How can ship owners safeguard their ships and crew in order to avoid injury and other liabilities?

Understanding the nature of a load and how it needs to be handled prior to loading and during the journey is key to managing the risks associated with the carriage of bulk and containerised cargo.

It is ultimately the responsibility of the shipper to declare the cargo accurately and in compliance with the IMSBC Code and to identify the hazards of the cargo to the Master prior to loading. The provisions of the IMSBC Code are mandatory to all parties involved in shipping.

Unfortunately cargo is often misdeclared. This can be by accident, simply due to a lack of awareness. A darker reality is that it is often misdeclared on purpose, with shippers looking to cut the high costs of transporting hazardous cargo or unable to comply with the loading requirements for a correctly declared hazardous cargo. An example is DRI (C), a cargo consisting of the by-product fines from DRI pellets or briquettes. This cargo can emit hydrogen if wet and is therefore required to be loaded at below 0.2% moisture and under an inert gas blanket. However, the cargo is widely misdeclared as iron ore fines, pellet fines, or similar misleading descriptions which leave shipowners unaware of the hazards.

While responsibility for correct identification of the cargo and any associated hazards ultimately falls with the shipper, we always encourage ship owners to remain alert, and to ensure they are presented with a comprehensive and written declaration.

Information that needs to be presented includes the correct Bulk Cargo Shipping Name (BCSN), the relevant hazard group (A, B or C) they fall under, as well as the required cargo information and documentation as stipulated in the Code.

The IMSBC Code provides direct guidance on how the cargo should be handled, stowed and transported. As such, ship owners must have the knowledge and capacity to manage the load safely, and should consult the Code accordingly.

Vessels carrying solid bulk cargoes for example, are required to carry certain instruments to test or monitor them accordingly. 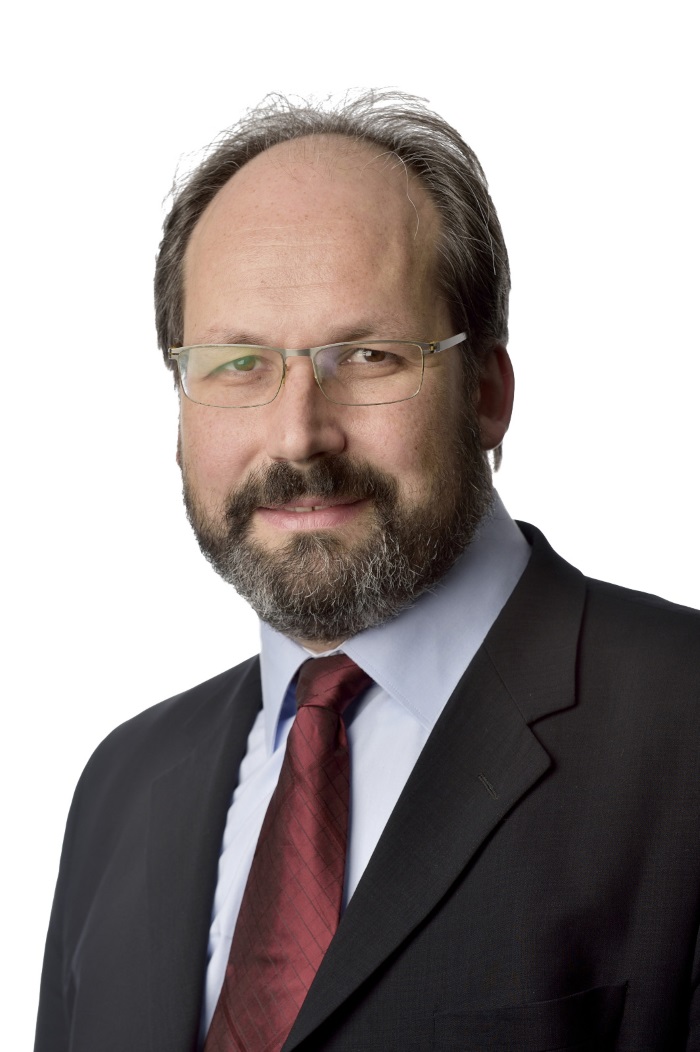 Where does Brookes Bell come into the equation?

As mentioned, the IMSBC Code does not have all the answers, and where particular cargoes are not listed and the associated hazards are uncertain, shipowners, charterers or shippers are advised to seek guidance from experts such as Brookes Bell. We have come across the majority of problems that can arise when it comes to questionable cargo.

We are able to advise whether any testing of a load may be required before loading, and can help carry out these tests, including in cases where cargo is behaving differently than expected. We can also provide guidance on the types of instruments needed aboard a vessel and assess readings provided by the vessel during loading or carriage.

Brookes Bell is widely acknowledged as an industry leader with a wide range of services, and our fire and explosions team, engineers, master mariners, metallurgist and material scientists, physicists, chemists and cargo scientists, have the necessary experiences and scientific qualifications to provide advice and support at all stages.

This includes preventative measures to take to avoid or minimalize the risk of a fire and explosion in the first place, how to respond if a fire or explosion occurs, and investigative services following an incident.

Investing in the services of specialists from the outset may not only help to safeguard your vessel and crew, but also ensure a more positive and cost-effective outcome in the long-run.

You recently held a seminar event in Piraeus. Can you inform us about its results and your work in the Greek shipping market?

The Greek shipping market is generally comprised of smaller operators, who don’t encounter certain bulk cargoes on a regular basis and may therefore be unfamiliar with their properties or hazards. However, in cases where they do, Brookes Bell has responded to informal requests for advice, which we’re happy to do at a nominal fee or free of charge if it’s just a quick e-mail or phone call. This is scaled up if it becomes clear that more in-depth guidance is required.

We are very well established across the Greek market generally, and work regularly with the offices of all the major P & I Clubs with regards to cargo care, casualty response and cargo claims etc.

How much safer do you think the carriage of bulk cargoes are today, compared to previous decades?

The Code is constantly evolving as new hazards come to light, and as a result we see a gradual flushing out of trades that are not safe. For example, the sinking of the BULK JUPITER in 2015 led to the realization that bauxite was not as safe as previously believed. It’s an incremental process and we do see the carriage of bulk cargo becoming progressively safer.

As regulations become stricter, we do see a certain amount of resistance from shippers as the burden is on them to adapt to changes and ensure that safety guidelines are followed.

Luckily however, the Code is no longer optional but mandatory. As such, where breaches occur, accountability can be enforced.