With the increasingly strict international and domestic standards for air pollutant emission control from ships, various clean alternative fuels are gradually applied on ships. In order to meet these demands, CCS issued the in 2017, and its second chapter provides technical standards for the application of fuel cell systems in ships.

In 2020, the Maritime Safety Administration of the Ministry of Transport of China and CCS started the new compilation of the and the , which are expected to be completed in August 2021. The goal is to minimize the probability and consequences of low temperature, fire, explosion and other risks related to fuel, and to ensure that battery cells using hydrogen or other hydrogen-rich fuels have the same safety level as conventional main engines and auxiliary engines fueled by petroleum.

China’s shipping industry gathered 11 leading enterprises and institutions to form a collaboration team to jointly carry out “Research on Key Technologies of Hydrogen Fuel Cell-Powered Ships”, a high-tech ship research project of the Ministry of Industry and Information Technology. With the support of national project funds, CCS and its collaboration team have made progress in key technologies and solutions of hydrogen fuel cell-powered ships, with a focus on the frontier scientific issues of low-carbon transformation of marine shipping energy and application of hydrogen energy. This work provides an important theoretical basis and data support for the follow-up actual construction of such ships in China.

The fuel cell module comprises of a complex loop of fuel gas, air and water and an electrochemical reaction area. Unlike traditional internal combustion engines, fuel cells can leak a certain amount of hydrogen during normal operation. According to IEC62282-3 standard, CCS has determined the test requirements of design, manufacture and test according to the characteristics of fuel cell’s own performance, safety and ship adaptability, completed the bench test and verification of 50-80 kW marine fuel cell power generation system conforming to IEC62282-3 standard, and issued type approval certificates for marine products. 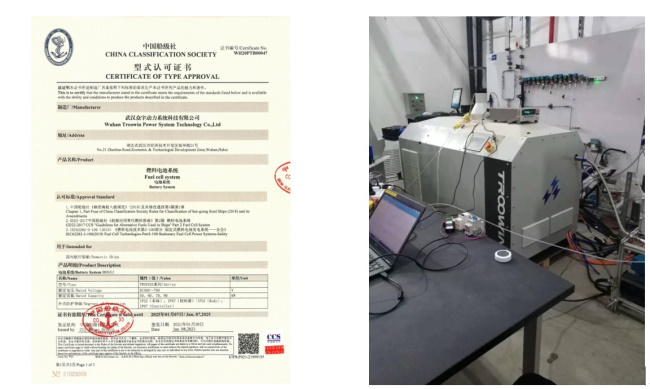 As the ship’s engine room is confined space, any slight leakage if not handled properly will easily cause hydrogen accumulation and explosion. Therefore, the hydrogen storage place and fuel cell cabin should have appropriate safety measures to ensure the safety integrity level. The simulation and analyses of the mechanical ventilation and hydrogen leakage diffusion in the hydrogen storage place and fuel cell compartment has been done according to the calculation method defined in IEC60079-10 and the 3D computational fluid dynamics (CFD) software FLACS. In scenarios that assume leakage from 10%, 50% and 100% of the cross-section diameter of the hydrogen pipeline respectively, the hazards of hydrogen leakage and diffusion were analyzed and the concentration distribution of hydrogen under fault conditions was simulated to verify the coping ability of the design of the existing key spots of safety concern. Risk assessment conclusions and design suggestions were put forward according to the simulation results to further improve the safety level of hydrogen fuel cell-powered ships. 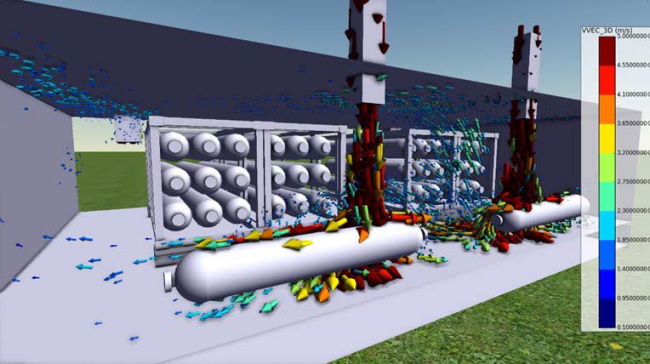 In order to improve the risk management ability of hydrogen fuel cell-powered ships and minimize the risk level of such ships, the HAZID analysis and leakage consequence simulation of hydrogen fuel-powered ships are carried out based on the preliminary design drawings of an actual hydrogen fuel cell-powered ship currently under design. According to the above qualitative risk assessment results, further leakage consequence simulation will be carried out on the possible range of influence by potential leakage during the filling operation, based on which restricted areas can be delineated, and strict safety prevention and control measures can be taken in the restricted areas to control risks. 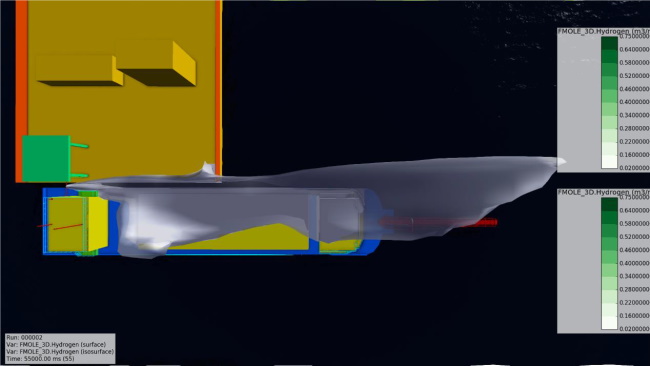 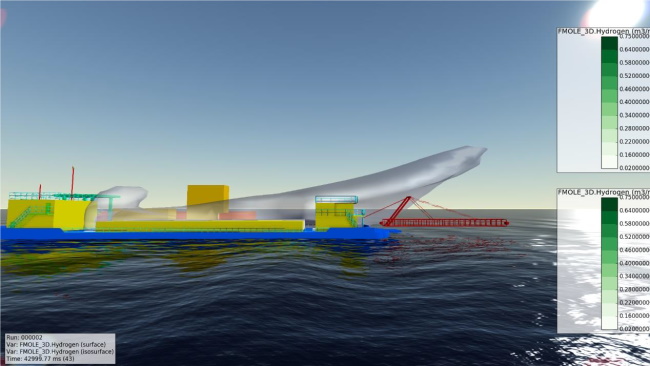 Based on the above research results, CCS and the collaboration team plan to build China’s first fuel cell-powered public service vessel classified by CCS and expected to sail in the Yangtze River basin. The ship, with a rated power of its fuel cell reaching 500kW, total hydrogen storage of 60kg, and total energy storage of more than 1MWh, will completely realize “zero emission” of sulfur oxides, nitrogen oxides and greenhouse gases, marking a new giant step forward in the application of key technologies of hydrogen fuel cell powered ships in China. 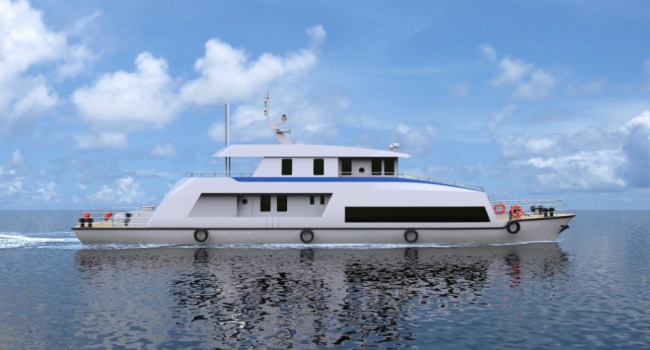 2021-05-10
hellenicshippingnews...
Previous: Shippers prepare to navigate choppy regulatory waters
Next: Why this tanker shipping depression is different from past slumps