The final influx of newbuilding contracting for 2019 is taking place these days, with not much to report. In its latest weekly report, shipbroker Banchero Costa said that “a few major orders to report this week starting from the big spending Maran Tankers who optioned additional two VLCC of about 318.000dwt at Daewoo for delivery towards end of 2021 at discounted price of region low to mid $90 mln. Navig8 and CSIS Leasing teamed up to build at Bohai two option two LR2 dual fuel about 112.000 dwt. This contract signs the entrance of Bohai into the LNG driven propulsion project. Naviga8 will be the manager of the vessels. In the LPG business Byzantine ordered 2 x 38.000cbm at Hyundai Mipo at price of region $ 47mln for delivery 2nd half 2021. In the dry sector apart some minor domestic chinese orders for heavy lift tonnage, for local chinese market, there is an interesting notice from Japan. Oshima has developed and firmed an order with local counterpart, Mitsui O.S.K., for a new design of 89.900 dwt PostPanamax which is developed to serve a long COA and transfer coal to local Power Plant in Japan; delivery set for 2022, no price emerged yet”. 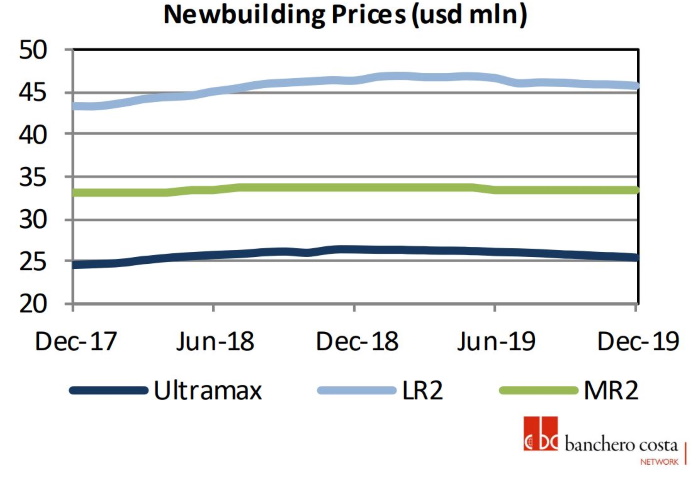 In a separate note, Allied Shipbroking added that “a modest flow of transactions came to light during the past few days. Given that we are but a breathe before the closing of the year, it would be of little surprise if things scaled back even more over the next couple of weeks. For the dry bulk sector, it was a rather interesting week, mostly due to the flow noted in the Kamsarmax and Post-Panamax size segments. The truth of the matter is that the dry bulk newbuilding market has been far from impressive this year, with the volatility and uncertainty surrounding this specific sector having deeply damaged buying appetite for new orders. With all that being said, it will be highly unlike that we will see any significant change take place (at least over the next few weeks). Notwithstanding this, the overall newbuilding market has found the necessary support from other sectors (such as that of the tankers and gas carriers), helping temporary nourish the market with activity and some confidence over the future prospects. A lot will depend now on how earnings shape up over the coming months, before we see any firm movement in new contracting take shape”. 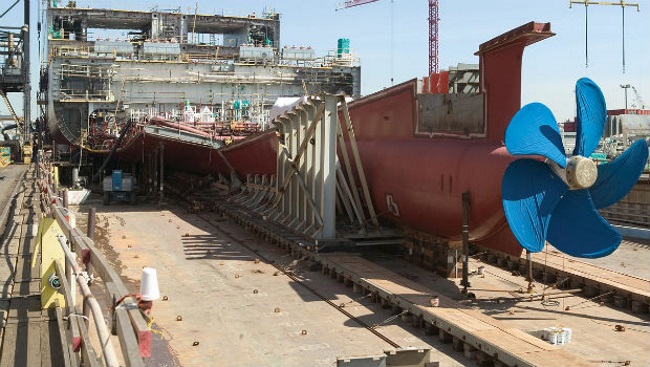 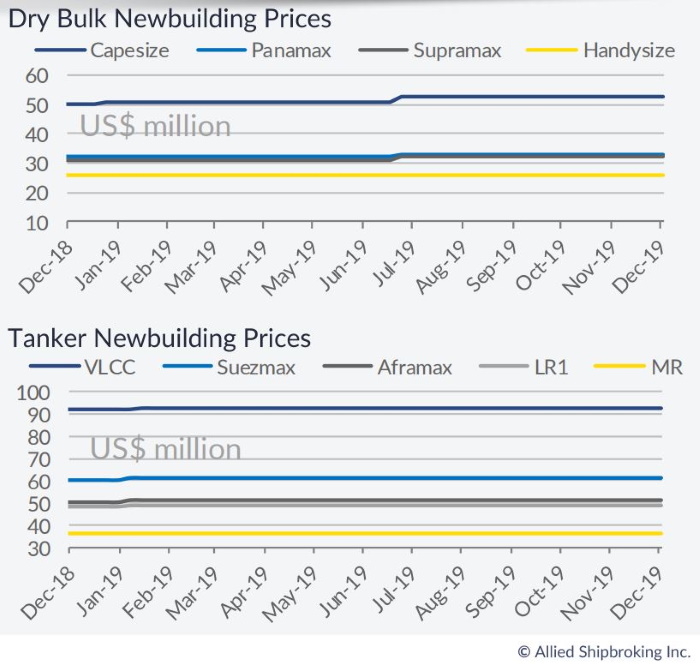 Meanwhile, in the S&P market, Allied added that “on the dry bulk side, a very firm week in terms of volume of transactions took place for yet another week. With the focus varying between different sizes and positive skewed towards more modern units, it is safe to argue that buying appetite remains relatively robust. However, given the downward correction seen in freight rates as of late, while with skepticism prevailing as to the potential brought about by the upcoming regulatory changes of 2020, it wouldn’t be much of a surprising if we were to see a significant step back in transactions in short-run. On the tankers side, it was another interesting week, especially for the medium size segments, while its fair to point out that we have seen a fair flow of activity in relatively more vintage units take place recently. All-in-all, given the upward momentum from the side of earnings and the better sentiment that comes with it, we can expect a good SnP market to take shape over the upcoming months at least”. 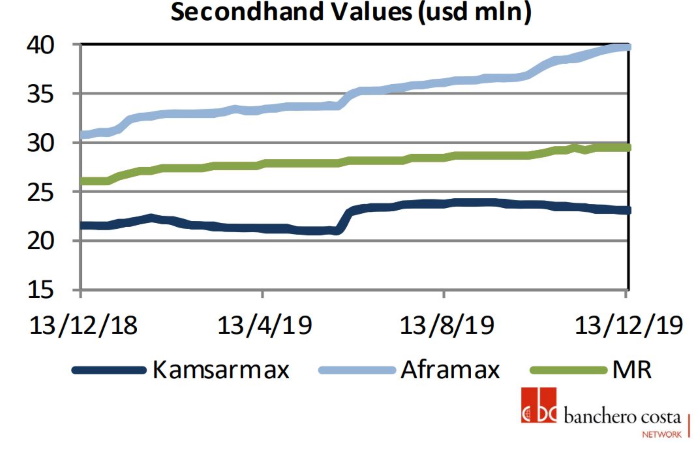 Banchero Costa noted that it was a “fairly active week with about 10 reported sales in the dry segment as well as in wet second-hand market. In the Handy segment, the ‘Biograd’ (37k/10 Jiangsu Eastern) was sold for $7,9 mln to Chinese buyers and the ‘San Sebastian’ (32k/07 Kanda) was sold for $ 7,85 mln to a Greek buyer; the level of the Japanese unit can be a sign of recovery in the segment since the one year-younger ‘Cielo di Pisa’ (32k/08 blt Kanda) was sold for just $200,000 more last week. Concord USA has been identified as the buyer of the two aframax-sisters ‘Aegean Blue’ and ‘Aegean Nobility’ (115k/07 blt Samsung) in an en bloc deal with a purchase price of $22 mln each. The ‘Grace Victoria’ (74k/07 blt Minami Nippon), which has been in the market for sale since the beginning of November, has been finally sold to Greek buyers for $15,2 mln. The two MR2 sisters ‘Advance II’ and ‘Reliance II’ (46k/06 blt STX) has changed hands for $13.5M with buyer undisclosed. The smaller MR ‘Megacore Honami’ (36k/10 blt Hyundai Mipo) has been sold in an auction which took place in Singapore the 3rd Dec, the buyer is believed to be a group named ‘The Financiers’ and the purchase price is $11.6 mln. There was a sale in the container segment as well, indeed the ‘Robin Hunter’ (4,308 TEU/10 blt Daewoo) was purchased by the asian company TS Lines for $12,2 mln”, the shipbroker concluded.
Nikos Roussanoglou, Hellenic Shipping News Worldwide