With less than two weeks before the start of the climate summit in Glasgow, reducing emissions in the maritime sector has never been higher on the agenda. During the COVID-19 pandemic, it became clear how dependent the world economy is on the shipping industry. However, this shipping industry is also one of the major polluters. It is an industry with emissions comparable to a large industrial country like Germany.

To be able to sail truly emission-free, we need to think “outside the box”. A difficult task for a traditionally conservative industry that thinks mainly in the box (the container). One of the most obvious solutions is the application of sail technology. This requires a support base, capital and knowledge. That is why today the EcoClipper Coöperatie U.A. has been launched in Amsterdam with the aim of creating a worldwide network of sustainable cargo shipping routes. 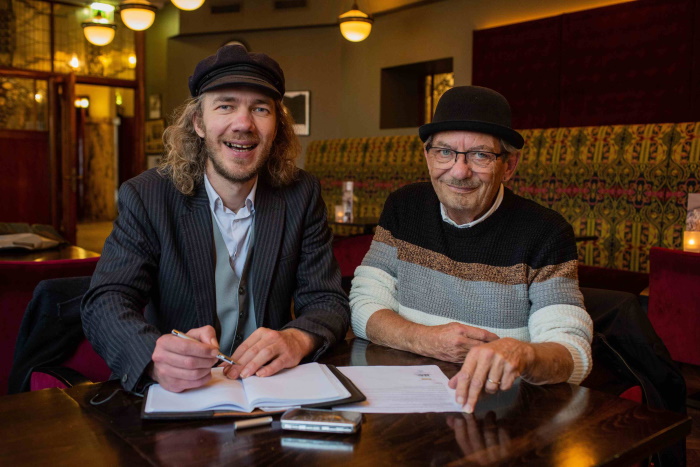 This cooperative originates from the EcoClipper B.V. shipping company, which has developed a deliverable sustainable innovative shipping concept with a group of stakeholders. The ships are designed for both cargo and passenger services, and thus offers a clean alternative to flying. Indeed, the design of the EcoClipper500 has been nominated for the prestigious: “Wind Propulsion Innovation Awards 2021”. COO of EcoClipper: Dirk Klaassen says: “The reason for setting up a cooperative is to make the transition from motor to sailing accessible to as many people as possible. Everyone who wants to have cargo transported, wants to sail along or wants to invest can become a member. Democratic, transparent and social.”

EcoClipper’s future vision is to create alternative logistics, taking into account people and nature. “Over the next five years we plan to raise funding for a fleet of more than 10 ships. These ships will operate on scheduled shipping lines on the Atlantic and Pacific oceans. In addition, the route between Asia and Europe and a route around the world will be sailed.” The ambitious plans as summarized by the CEO, Jorne Langelaan.

It is not without reason that “Het Scheepvaarthuis” in Amsterdam was chosen as the location for signing the incorporation of the cooperative. Built at the beginning of the 20th century as the headquarters for six of the Netherlands’ most prestigious shipping companies, this building not only forms a bridge between sailing and motor navigation, but also symbolizes the cooperative idea of working together. Now, this former office has been restored to its glory by the Amrath group and serves as a Grand Hotel.
Source: Ecoclipper