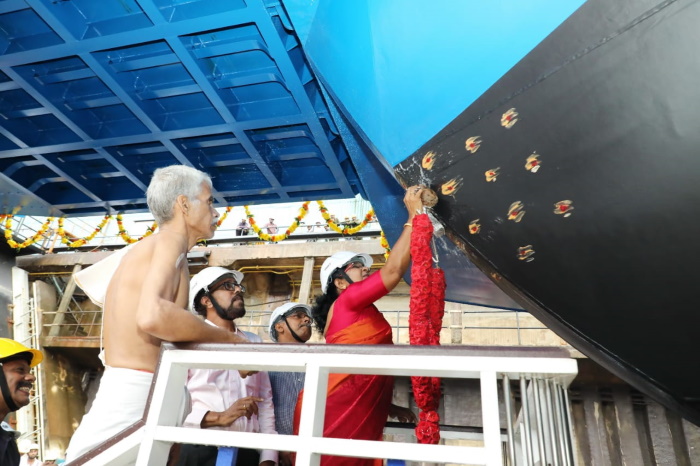 Cochin Shipyard is building a total of 8 Nos. Ro Pax vessels and 2 Nos Ro-Ro vessels for Inland Waterways Authority of India. IWAI nominated CSL for the construction of these vessels, which will be operated in strategic locations in National Waterways 1&2. These vessels can accommodate around 200 passengers and will have 8 crews and can carry 2 trucks and 4 cars. It is equipped with all the life-saving equipment and is built as per the IRS standards. 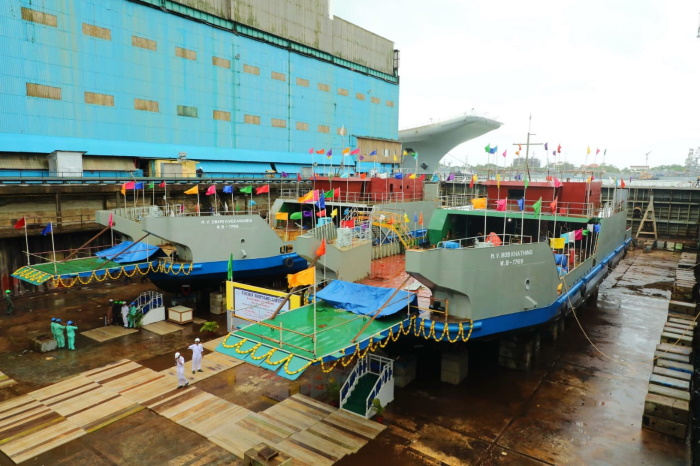 CSL presently has a robust order book in Shipbuilding and Ship Repair. Presently, CSL is building India’s first Indigenous Aircraft Carrier (IAC) for the Indian Navy which is in advanced stages of testing and commissioning. CSL is also building a Technology Demonstration Vessel for the DRDO, 2 Nos. 1200 PAX and 2 Nos. 500 PAX Vessels for Andaman & Nicobar Administration. CSL is also constructing a total of 27 small vessels for clients like Inland Waterways Authority of India (IWAI), Department of Fisheries, Govt. of Kerala and Govt. of Tamil Nadu and Indian Navy.

The Company signed contracts for 4 Nos. of Mini Bulk Carriers with M/s. Utkarsh Advisory Services Pvt. Ltd. (Part of JSW group) for their Indian coastal operations. These vessels are to be delivered during the period of August to December 2020. Besides, the Company also signed a contract on March 08, 2019 for construction of 9 Nos. Floating Border Outpost vessels for the BSF. The company also signed the contract for 8 Nos ASW Corvettes for the Indian Navy, 3 Nos of marine ambulance boats for Kerala Fisheries department and 2 Nos brows and pontoons for the Indian Navy. 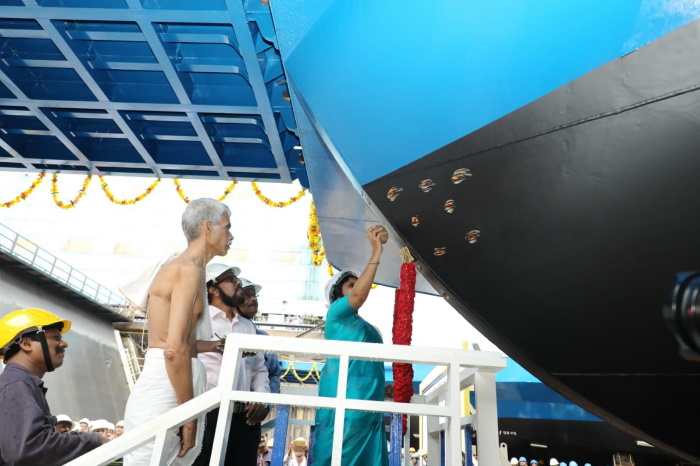 CSL has also set ambitious plans of expanding geographically and has commenced its ship repair operations at Mumbai Port Trust. With a view to establish its presence across the Indian Coast, CSL is set to commence its ship repair operations at Kolkata and Port Blair shortly. CSL has also formed a Joint Venture Company in Kolkata to cater to the needs of the inland waterways vessels segment and is creating a new shipyard in Kolkata for this segment.