Liberia finishes off 2020 as the world’s fastest growing flag State for the second year in a row. In late 2018 Liberia became the second largest flag State in the world, and since then, has continued to lead the world in fleet growth for two straight years.

According to Clarkson’s World Fleet Monitor from mid-December 2020, Liberia has outpaced all other Open Registries having grown at 8.06% and 13.8 Million Gross Tons since January 2020. These numbers are also reflected in many of the leading shipping markets. Specifically, Liberia is the fastest growing flag in Greece (where they are also the largest Open Registry used by Greek shipping companies), Japan, China, Singapore, and the United States.

Alfonso Castillero, Chief Operating Officer of the Liberian International Ship and Corporate Registry (LISCR) said: “I am proud of our global team for all their hard work, securing Liberia’s position as the world’s leading flag State. This growth has not only been from newbuildings delivered this year, but from flag transfers thanks to Liberia’s low cost to change flag, and our streamlined processes and procedures. Our cost-effective and smooth global services have attracted top-tier owners in all the major shipping markets. We have seen growth not only with our existing clients, but have welcomed in some of the biggest names in shipping who previously worked with other flags but who have now chosen us for our market-leading service and cost-savings.” 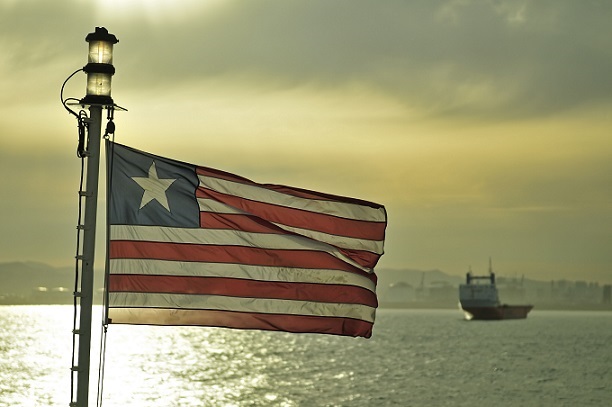 Castillero continued: “This isn’t just growth for the sake of growth. We have grown our fleet with the addition of top performing and top-quality owners and operators across the world. Despite this new tonnage we have been able to reduce our detentions in key jurisdictions, such as in the United States where we saw a 68% decrease; and we were able to climb higher in the Paris MOU flag rankings. This is responsible growth, with industry leaders who want to focus on safety, performance, and environmental stewardship.”

Flag transfer tonnage has accounted for 60% of Liberia’s growth in 2020, with owners looking to shift their tonnage from their existing flag States. Liberia’s focus on top quality global service, savings on port dues in the major ports of the world has been an important part of supporting their clients’ commercial operations. This has been a major advantage for Containership owners, and those that trade on spot. Further attracting this influx of tonnage is the continued investment into Liberia’s high-tech systems and software, that are an additional value-add for Liberian flagged operators.

Despite the challenges of COVID, Liberia was able to adjust its processes and procedures, embracing a streamlined registrations process, being the first flag to introduce remote closings for ship registration, and the first flag to introduce remote inspections – all done with the safety of the crews and operators put at the forefront of any operational change. Liberia has been a leading voice in advocating for practical and timely solutions to the crew change crisis, and will continue to do be a loud voice on this issue.
Source: LISCR