The Liberian Registry opposes the recent proposal from the European Union Parliament on the implementation of a separate, unilateral set of regulations, in the instance of the Emissions Trading System (ETS) scheme for international shipping.

Alfonso Castillero, Chief Operating Officer of the Liberian International Ship and Corporate Registry (LISCR) says, “We understand the need for efforts to lower greenhouse gas emissions, and continue to push for a cleaner environment, as well as a more efficient maritime industry. However, at least for international shipping, it is vital we work toward one set of requirements established by the International Maritime Organization (IMO), avoiding the creation of a fractured system of regional requirements that reach beyond their own waters, and assuring a unified global effort to confront this important issue.

Castillero continues, “The EU ETS scheme, if implemented, should be applicable only to those waters of EU members, and not become a global scheme. The EU ETS scheme, if applied extraterritorially beyond intra-EU voyages, will distort the global market situation because it will cover voyages not only within the EU, but also voyages to and from the EU as agreed by the EU Parliament. Like many other IMO member states, we remain committed to working with the EU on a collaborative effort to address the environmental challenges posed by greenhouse gas emissions.” 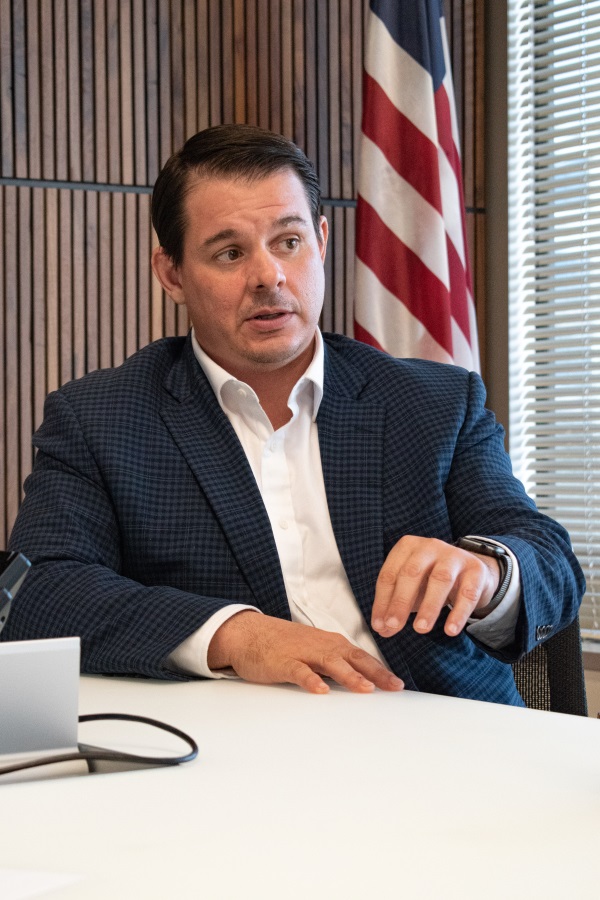 Liberia agrees with the recent World Shipping Council (WSC) position that a unilateral EU ETS scheme would undermine efforts to reduce global greenhouse gas emissions currently underway, including the proposal by a broad coalition of industry associations to the IMO for the establishment of an International Maritime Research and Development Board, funded by the industry, to accelerate the introduction of low-carbon and zero-carbon technologies and fuels for shipping.

Their paper highlighted the serious concerns around maritime emissions reduction if the EU expands its ETS to include international shipping. Castillero continues, “The most-discussed geographic application of the EU ETS (that has now been agreed by the EU Parliament) is to mirror the scope of existing EU legislation on Monitoring, Reporting and Verification (MRV) of carbon emissions. While the EU ETS has been described as a “regional” system, bringing international shipping into that system using the MRV scope would, in effect, regulate the operation of ships on several of the world’s seas and oceans, including on the high seas and in waters adjacent to non-EU nations.”

The 2019 EU Annual Report on CO2 Emissions, found that within Europe, shipping transports 75% of EU’s external trade, yet only accounted for 3.7% of emissions. Maritime transport should continue to play a key role in a European climate neutral economy. In their report’s own words: “Waterborne transport is already one of the most energy-efficient modes of transport available.”

LISCR stresses that it needs to be fully understood that taxation costs incurred from an ETS will be distributed to the supply and value chains, which will have a genuine impact on the costs of ocean transport. If the EU were to apply its ETS to shipping using the same geographic scope as the EU’s existing MRV regulation, the effect would be to apply a financial charge on voyages that in some cases stretch halfway around the world. Over half of the covered emissions would result from voyages outside of EU waters. As part of the application to voyages into and out of EU ports, if the ETS provisions were to follow the MRV scope they would also apply to emissions associated with cargoes that are transshipped through the EU, but that are not EU imports or exports. This would have a particularly disproportionate effect on developing countries, an issue which is a key concern to Liberia. This opens up the very real prospect of trade and tax retaliation on a global scale.

In addition to adding cost and complexity to international shipping, the application of one or more national or regional carbon pricing mechanisms, as already mentioned, would entrench such unilateral measures, making it more difficult to reach a uniform, effective, and global solution through the IMO.

Liberia echoes its support for the IMO to continue to push forward its decarbonization goals, and safely navigate the regulations resulting from them.
Source: LISCR