Dry bulk ship owners are once again enjoying a bit of “love” from investors, as the dry bulk market has managed to escape any potential impact from the pandemic, going from strength to strength. In its latest weekly report, shipbroker Intermodal said that “with yields of up to 563%, the shares of Greek shipping companies listed on Wall Street are recorded. The Coronavirus pandemic has not significantly affected the dry bulk industry compared to other industries. Castor Maritime stars in stock performance, with Seanergy Maritime, which operates in the Capesize sector, and Navios Maritime which follows in the ranking of high returns”.

According to the shipbroker, “the gradual recovery of the global economy has triggered an increase in loads of raw materials such as coal and iron ore, as industries have “lit” the “engines” again. For example, steel production (for which iron ore is an essential component) in Asia has increased by 6% in December 2020, reaching 118.6 million tonnes. In China, which is the largest producer in the world, growth in December 2020 was even higher, rising to 7.7%, or 91.2 million tonnes”. 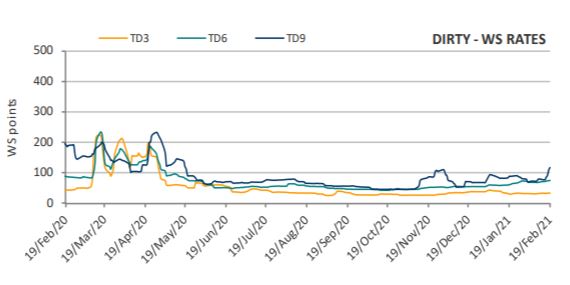 Intermodal’s Stylianos Zisis, SnP broker commented that “as per the world’s largest shipowner union (BIMCO), the Capesize cargo ship market is recorded as a “rally” of fares. In the first 20 days of January 2021, 1,427 Capesize business trips were recorded, an increase of 10.4% over the corresponding period last year. According to BIMCO’s analysis, among the factors that have contributed to increased transport demand through Capesize tonnage is the increase in electricity production in China, which is mainly fuelled through the use of coal. As a case, coal imports, which are normally carried out by cargo ships such as Capesize units, have increased. The increased demand for electricity is due to the wave of bad weather that has hit the Far East in recent weeks”. 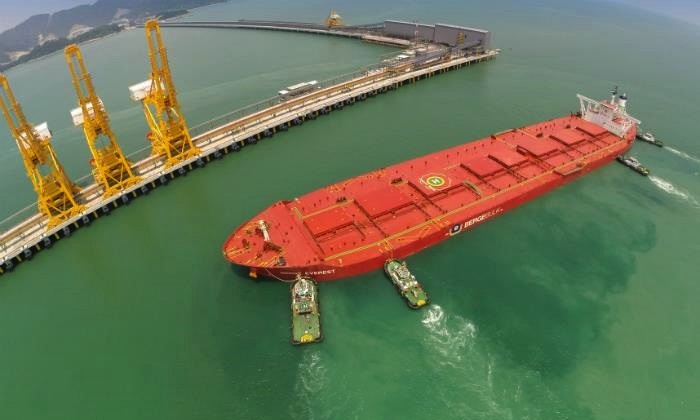 “Moreover, the International Monetary Fund forecast is pointing to a higher recovery in the global economy in 2021, compared to last October. In particular, IMF estimates that the world economy will grow this year at a rate of 5.5% compared to the 5.2% that it was estimated back in October, while for 2022 it kept unchanged its forecast for growth of 4.2%. In contrast to the global economy, for the eurozone economy, the IMF forecasts a lower growth rate in 2021, namely 4.2% compared to the 5.2% forecast in October, while for 2022 it forecasts growth of 3.6% versus 3.1%, respectively. The forecast for recovery in the United States this year has been revised upward by two percentage points – to 5.1% from 3.1% in October – reflecting a strong momentum in the second half of 2020 and an additional support from the December 2020 fiscal package”, Zisis said.

“The International Monetary Fund foresees differences in the recovery path of developed economies. More specifically, both the United States and the Japanese economies expected to recover in the second half of 2021 and reach the level of GDP they had at the end of 2019 (before the coronavirus crisis). On the other hand, Eurozone and British growth domestic product is expected to remain lower in 2022 when compared to the levels at the end of 2019”, Intermodal’s analyst concluded.
Nikos Roussanoglou, Hellenic Shipping News Worldwide