A potential increase in demolition activity could go a long way to restoring balance in many shipping markets. With demand slowing down in parts of the world, ship owners need to take a good look towards decommissioning part of their fleet. However, up until now, tonnage availability has been scarce.

In its latest weekly report, shipbroker Clarkson Platou Hellas said that “it has been a mixed week with an unprecedented U.S. election causing some disruption and confusion in the global money and shipping markets, with many participants adopting a watch and wait attitude until the final outcome of the vote is known before making any decisive decisions on their fleet. Further turmoil has also been caused by the ever-increasing Covid-19 restrictions, as the much foreseen second wave of the virus has now hit European countries hard, with Greece and the U.K. entering another full lockdown, which will almost certainly adversely affect the overall shipping industry”.

The shipbroker added that “we are almost back to square one again with this vein set to continue until the end of the year at least, with little tonnage being proposed and the virus affecting all livelihoods and working environment. The only key to unlocking this current recycling market is a continuation of current soft freight markets, where we could see in Q1 of next year, a significant proportion of VLCCs enter the market as the predictions are that this sector will become inflated due to an over-supply of vessels and OPEC cuts potentially continuing for another three months. Interestingly, we have not seen any VLCCs sold for recycling since July 2019, and as well as this year being the lowest number of tanker sales since 2016, this does highlight the need for some removals from the fleet alongside the 30 plus VLCC newbuildings delivered this year, another 30 or so next year and likely the same number again being redelivered from floating storage. In the meantime, Pakistan continue to light up the skies with impressive levels being offered and certainly blowing their counterparts out of the way. The market itself is not being set alight at the moment with few workable sales candidates being proposed, but any unit streaming into the market place is being gathered up by the Pakistani recyclers. We also understand that the Bangladeshi cartel have this week raised their price limitations in an effort to place themselves in a more competitive position, however the increase may still not be sufficient enough to compete with the recyclers in Pakistan”, Clarkson Platou Hellas concluded 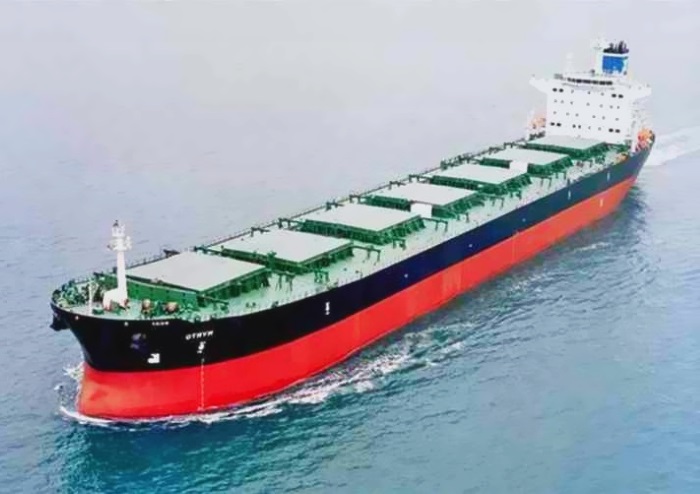 In a separate report this week, GMS , the world’s leading cash buyer of ships, said that “markets remain in a curious state of stasis, as the final confirmation on the U.S. election victor (leaning towards Presidential hopeful Joe Biden) and further lockdowns across Europe threaten any end-of-the-year momentum / recovery that were starting to build. Covid cases have been surging across much of Europe in the last few months and this has led to another nationwide lockdown in, amongst other countries, the U.K., Germany, Greece, France, Austria and several others. As such, the current state of affairs is putting a dampener on demand, as economies once again struggle to lift themselves from the gloom and job losses that continue to mount. Further aggravating the situation has been the nail-biting election of the next President of the U.S.A. At the time of writing, Joe Biden appears to have won the election as Trump threatens all manner of legal challenges come Monday. As far as the Indian sub-continent recycling markets go, it has been a strange and at times quieter week, as the focus has been diverted elsewhere and firm candidates for recycling are starting to dry up. Prices remain largely unchanged as they were from the previous week, as the cartel continues to attempt to control pricing in Bangladesh, India endures daily fluctuations on steel plate prices, and Pakistan remains the most suitably positioned on any available non-green units for sale. Finally, the Turkish market continues its stasis since last week, with a weaker Lira, marginally firmer plate price, abysmal supply of non-EUSRR tonnage, and domestic EU approved yards that remain stuffed with cruise ship tonnage”, GMS concluded.