LNG Shipping Primed for A New Round of Growth

Ship owners are investing heavily in the LNG shipping market, expecting a boom in the years to come, thanks to a rise in demand and the influx of a series of LNG projects in the global energy landscape. In a recent note, shipbroker Banchero Costa said that “over the last 10 years, global LNG trade grew at an average of +5% y-o-y. The rate of growth however was quite irregular:strong until 2011, substantially flat in the following 4 years (averaging +0.5%) and from 2016 rising again. Between 2016 and 2019, growth in global LNG trade averaged a very healthy +9% y-o-y, reaching almost 350 mln tonnes a year in 2018”. 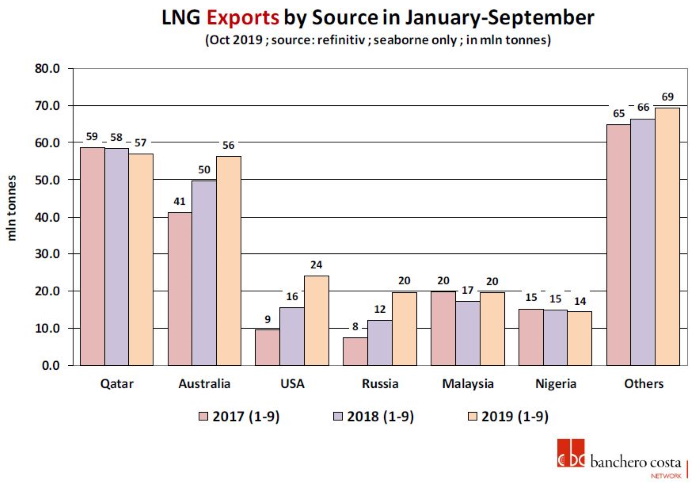 According to Banchero Costa, “such an irregular development is mostly due to the complexity of liquefying the natural gas before loading it on ships and the regasification process to make LNG available for consumption. Rather than pure supply and demand of natural gas, the real bottlenecks so far have been mostly at the infrastructure level, at the beginning and at the end of the voyage by sea. In particular the major constrain of the last 10 years was that liquefaction capacity was unable to produce enough LNG for exports. With new liquefaction capacity entering in service the trade is now flourishing again”. 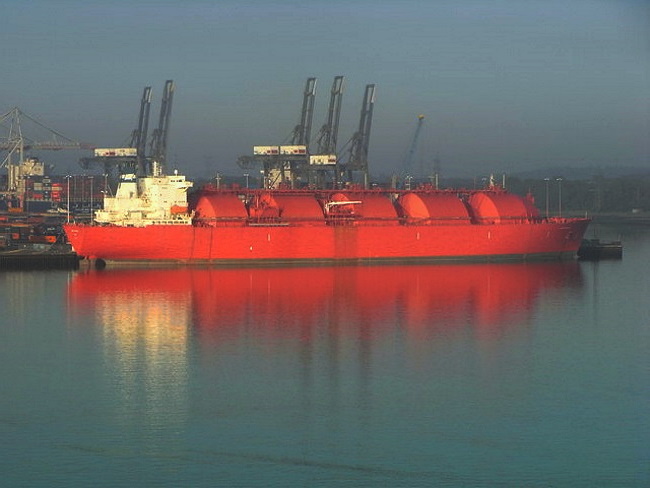 Meanwhile, “on the supply side, the two largest exporters are Qatar and Australia, together accounting for almost half of the total volumes exported worldwide. With new projects coming on stream, Australia’s exports increased 23% y-o-y last year to reach 69.2 mln tonnes over the whole of 2018, almost matching the 77.9 mln tonnes exported by Qatar. Qatar continued to be the world’s largest producer and exporter of LNG. Last year, Qatar announced plans to increase liquefaction capacity to 100 MTPA by the mid-2020s. LNG global supply is set to rise also thanks to the additional capacity coming from the USA and Russia. U.S. is expected to hold half of the incremental new global supply capacity in the next few years”. 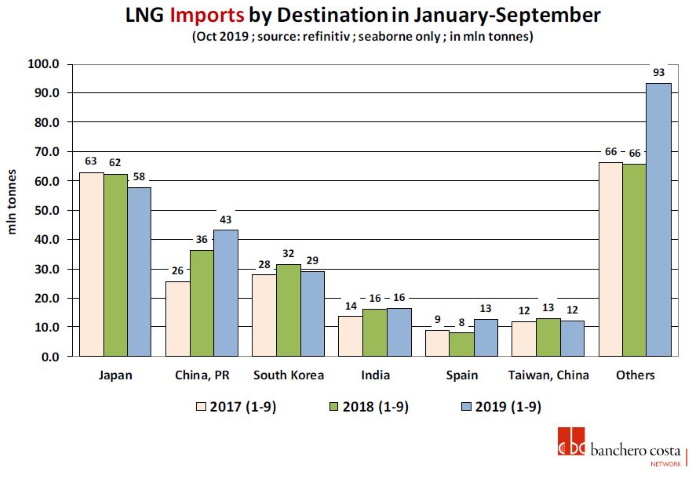