The ships’ recycling market has sustained a halt over the past days, as a result of Ramadan holidays and the raging pandemic in India and large parts of Southeast Asia. In its latest weekly report, shipbroker Clarkson Platou Hellas said that “having entered the holy month of Ramadan and lockdown restrictions across the Indian sub-continent looking set to continue due to a surge in domestic cases, many buyers seem to be coming more cautious due to the unpredictable nature of the Pandemic and subsequent effect to local sentiment and commodity markets. These current events may make it even quieter than usual with many end recyclers seemingly hibernating. Surprisingly, this is despite the Alang coastline being the most barren it has been in recent memory, with some major high-profile facilities laying completely empty. With Ramadan running into the Eid festivities, then into the monsoon season, who knows how the market will react during this normal slowdown in the dismantling process, but as domestic steel markets continue to improve, we surely should see an aggressive appetite return to the table once the markets return to some form of normality post-Ramadan. However, the uncertain lockdown schedule will still not help confidence amongst some in the industry. Due to the lack of candidates and mainly specialist units being sold from Chemical Tankers, LNGs and Offshore units, it is now difficult to gauge where the market truly lies for conventional tonnage at present. However, many would agree that buyers who are ready buy today, would be offering excess USD 500/per ldt. Again, we would repeat that these are historically firm numbers for the recycling market and a number that looks set to stay for the foreseeable future, as any sustained flow of tonnage looks to be a pipedream at present”, Clarkson Platou Hellas said.

In a separate report, shipbroker Allied Shipbroking said that “a fresh flow of activity was noted this past week in the ship recycling market, which took place despite the problems that the pandemic has created as of late in the Indian Sub-Continent. In Bangladesh, demand remains robust, as offered prices from local scrapyards continue to hold at attractive levels. However, the Ramadan and the rising concerns about the pace of new COVID cases have curbed some of this demand, leaving activity at mild levels during the last couple of weeks. We expect though that Bangladesh will be able to hold its leading board position for a little while longer at least. 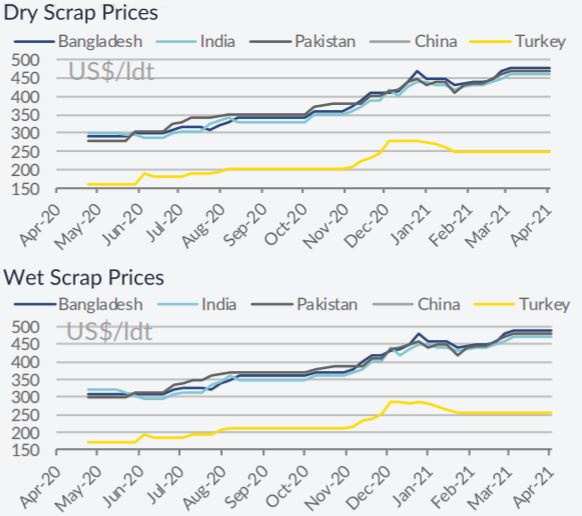 In India, activity was also moderate this past week, amidst rising covid-19 cases in the country and intensifying fears of stricter lockdown measures being imposed. In the case of a fresh round of closures, demolition activity will undoubtedly be affected severely. In Pakistan, despite the fact that the country has remained open during the alerting figures being noted as part of the pandemic and even with the satisfactory offered price levels being quoted, demand has not yet improved essentially. However, we expect to see an uptick in enquiries over the coming weeks, especially in the case of a fresh round of lockdown measures being imposed in India and/or Bangladesh”, Allied noted. 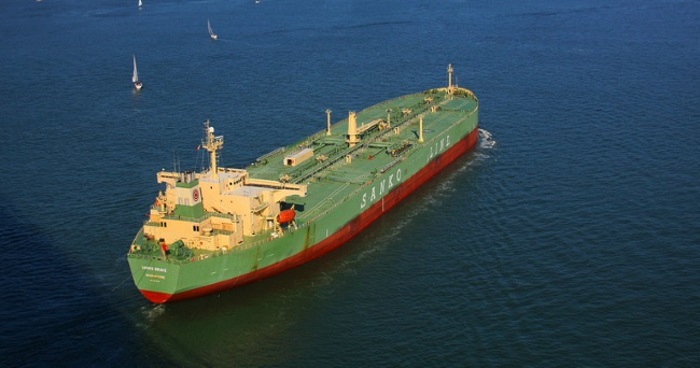 Meanwhile, GMS , the world’s leading cash buyer said this week that “the increasingly growing concern this week has been the number of mounting Covid-19 cases across the sub-continent, especially in India, where the country hit a daily record infection rate of over 200,000 cases per day, placing an increasing pressure on an already strained healthcare system that is fighting to keep up with the number of sick. There is talk in India of another nationwide lockdown, as only the worst hits states / provinces are under quarantine at present, with residents urged not to leave their homes and further limited working hours are being mandated across many sectors. Oxygen supplies across the country are being diverted away from recycling yards to hospitals in India and only a handful of yards remain operational as steel prices have artificially shot up this week, due to a lack of production.

Bangladesh too has seen its domestic cases rise again as the country endures another potential period of lockdown, which is set to last for another week as the Bangladeshi government strives to bring the exponential spread under control. The holy month of Ramadan is now underway in Bangladesh and Turkey. Yet, despite this and Covid-19 lockdowns / restrictions resulting in reduced port / agent activity and banking hours, demand and pricing remain firm for those market units (mostly tankers and offshore) that are available. Amidst this worrying backdrop, it has been another busy week in the recycling markets with several deals being done at impressive levels, as owners take advantage of the surging steel prices and decent demand for prompt pre-monsoon units”, GMS concluded.
Nikos Roussanoglou, Hellenic Shipping News Worldwide

Previous: ENGINE: Europe & Africa Bunker Fuel Availability Outlook
Next: Here are the 10 biggest economies in the world — before the pandemic vs. now