Oil has been stuck in a narrow trading range in the low $40s more or less since July after the market began to worry that even with large supply cuts from OPEC+ and curtailments in the U.S., demand will not recover fast and strong enough to draw down the record-high inventories that had built in the second quarter. Global Bunker market in turn has mirrored general trends of crude indexes. 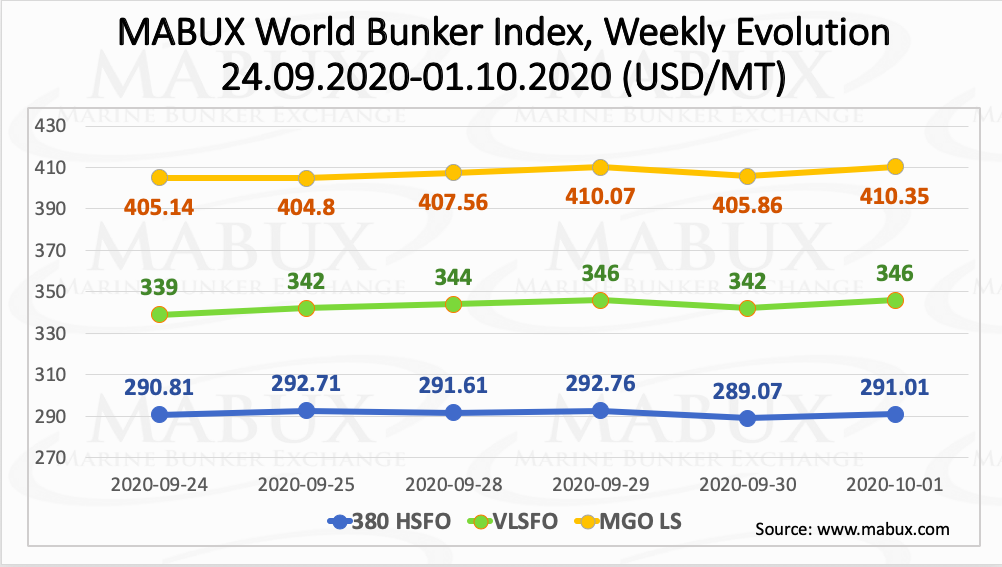 Since the beginning of September, the World Bunker Index MABUX has shown a firm downward trend (380 HSFO from 315 to 288 USD, VLSFO from 365 to 331 USD, MGO from 445 to 406 USD), which stopped in the middle of the month, when the Index for all types of bunker fuel entered into a phase of moderate irregular fluctuations. This trend continued until the end of the month. Global SS index decreased slightly from 54.78 USD in August to 47.21 USD in September. The SS is still not wide enough to become a driver factor to stimulate scrubber installations. 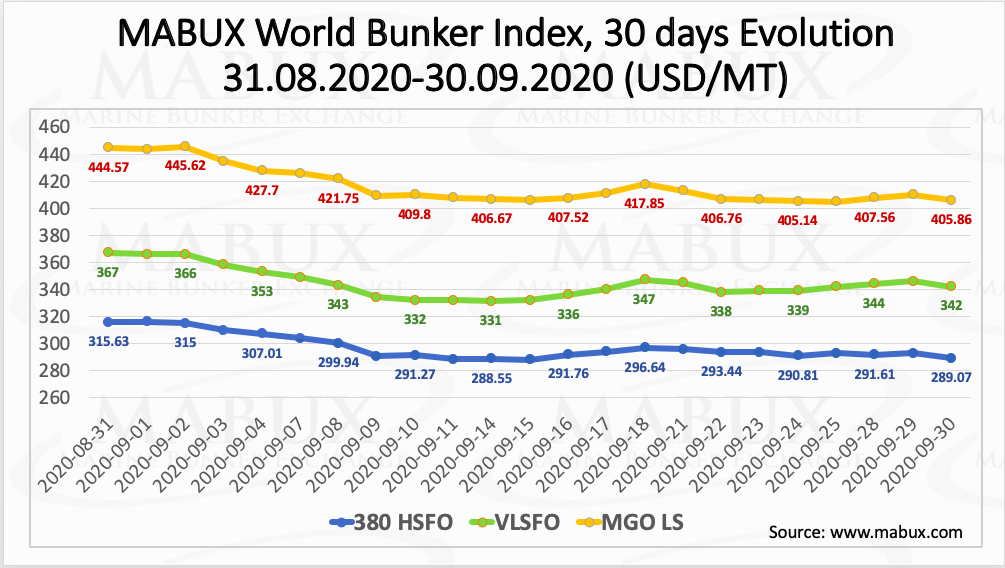 UK P&l Club said that the usage of jet and automotive fuels as blend stocks for bunkers may lead to flash point problems. In VLSFO, the possible result of this new practice is a general reduction in viscosity and density. Recently a significant uptick in fuels found to be off-specification because of a flash point lower than the minimum in Singapore and the Middle East. Situation in Europe proves that this kind of practice is not particularly widespread at the moment. Refineries on the US Gulf Coast are not using jet fuel as a blend stock for marine fuels as well. The smaller scale of the US Gulf market compared with Singapore makes the practice less viable there. 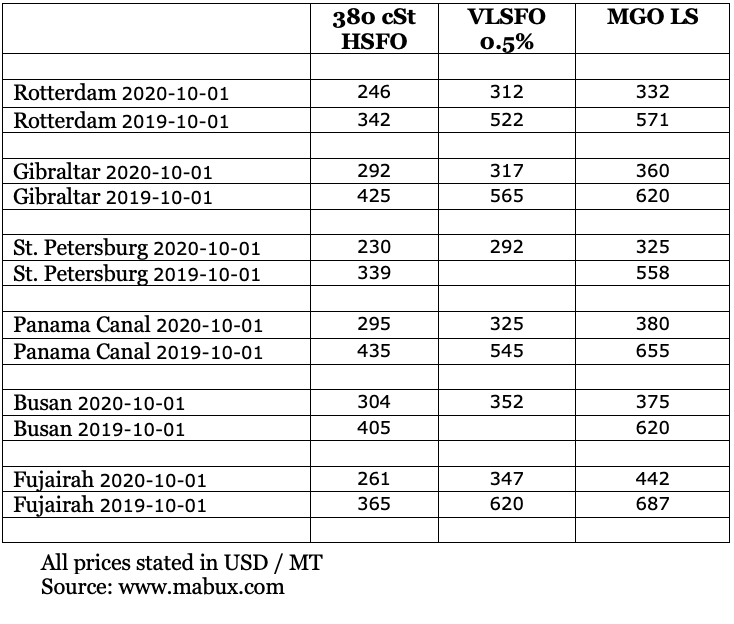 A circular issued by the Saudi Ports Authority on 19 August, 2020, calls for the prevention of the discharge of washwater from ships with open loop types of exhaust gas clearing systems (EGCS) until an environmental standard is issued. Restrictions or bans on using open loop scrubbers have been reported in certain ports or territorial waters worldwide now. Earlier this year, there was a call during an IMO meeting for the development of a centralised database detailing local/regional restrictions/conditions on the discharge water from EGCS. Such a database would presumably be managed by the IMO, and would require all member States to report on specific restrictions in ports and/or clearly designated waters under their jurisdiction.
Source: MABUX

2020-10-02
hellenicshippingnews..
Previous: BIMCO’s Shipping Number Of the Week: 41.5% of Chinese crude oil imports came from the Middle East in August
Next: Stalling Chinese coal imports are not due to trade tensions

Electric Smart Ship Will Sail in Ulsan Next Year