The main driver for bunker prices this week is the decision of OPEC+ alliance according further oil production cuts.

The Global Scrubber Spread (SS) – the difference in price between 380 HSFO and VLSFO – has not had any drastic changes during the week and averaged 105.27 USD (105.66 USD last week). 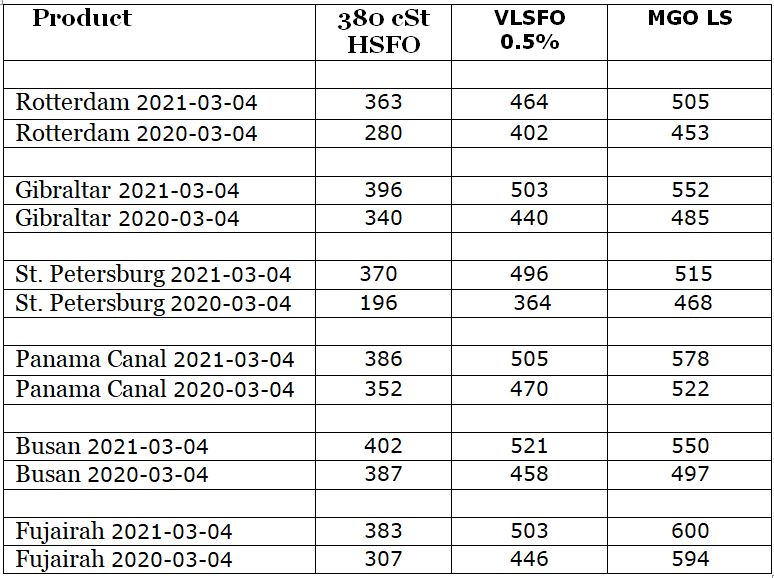 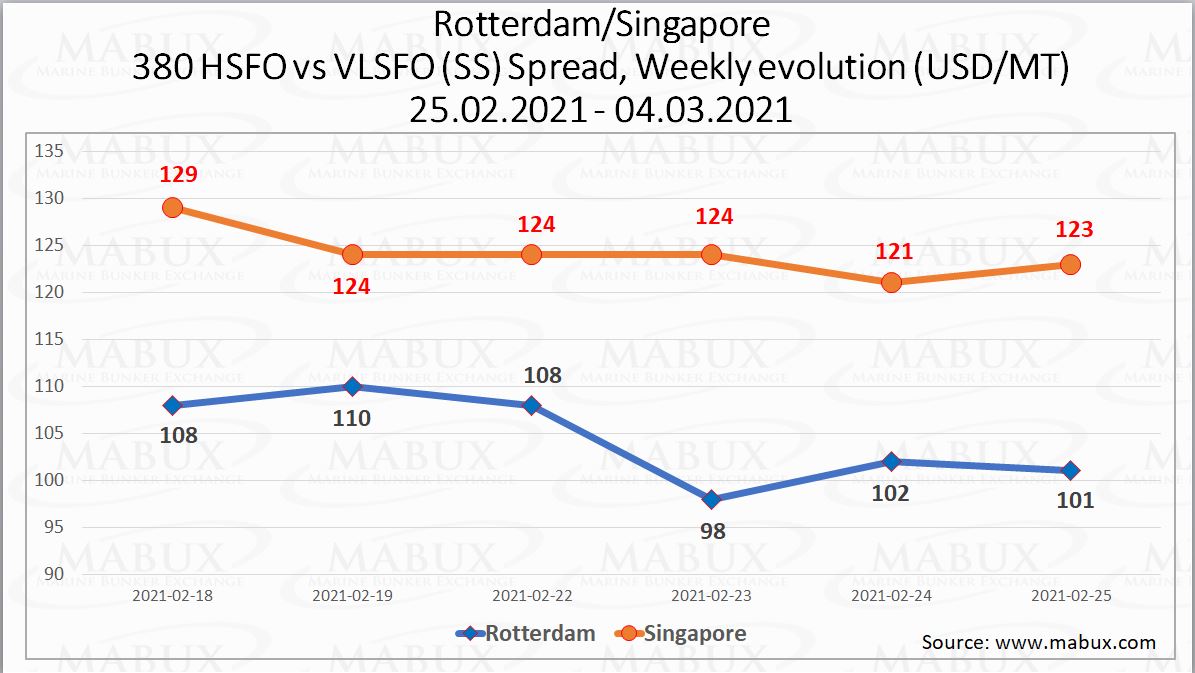 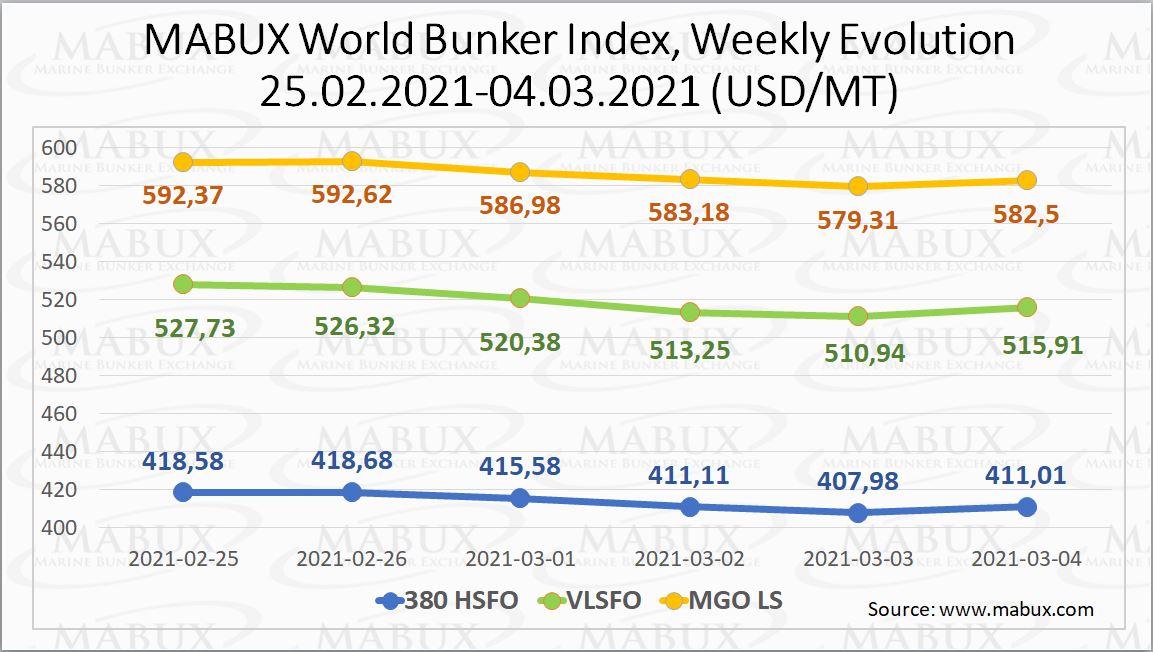 OPEC and its allies will decide on Mar.04 whether to freeze oil output or raise it slightly from April as a recent price rally is clouded by concern over the fragility of economic recovery during the COVID-19 pandemic. It was expected the OPEC+ group of producers to ease supply cuts by about 500,000 barrels per day (bpd) from April. OPEC’s de facto leader Saudi Arabia has also been expected to partially or fully end its voluntary production cut of an additional 1 million bpd. At the same time there are singes that some key members of the OPEC had suggested that output across the OPEC+ group should be kept unchanged for example, Russia has been insisting on raising output to avoid prices spiking any further and lending support to shale oil output from the United States, which is not part of OPEC+.

Bunker Indexes were also supported U.S. official data that showed a record drop in domestic fuel inventories from the aftermath of a deep freeze that shuttered refineries in several states. U.S. gasoline inventories tumbled last week by the most since 1990 after a polar blast wiped out more than 5 million barrels a day of refining capacity in late February along the U.S. Gulf Coast. Crude stockpiles swelled with refineries still shut. Meanwhile, much of the crude production hit by the cold temperatures has been restored. Crude supplies grew by a record 21.56 million barrels, signaling weak demand from refiners at the time.