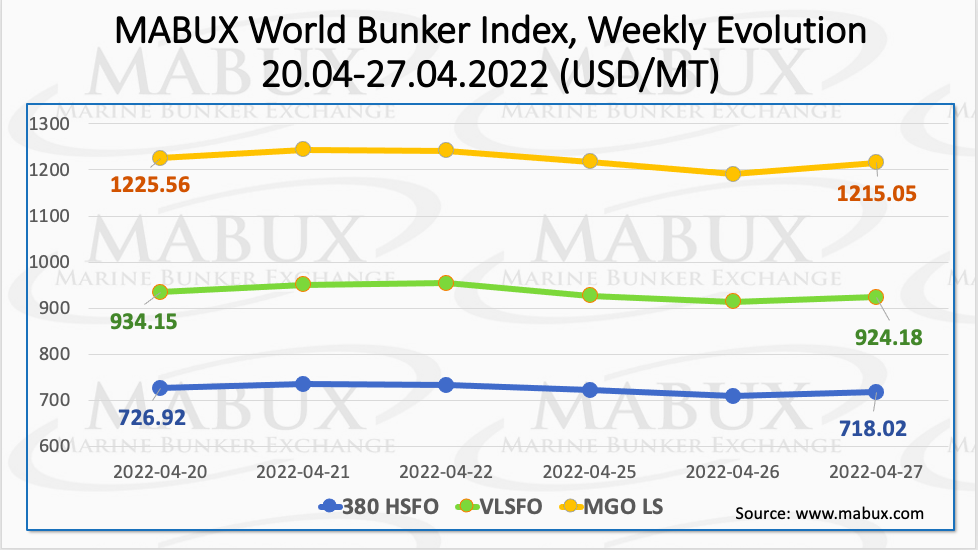 Benchmark prices for natural gas in Europe rose sharply as Russian gas monopoly Gazprom confirmed that it has stopped supplies to Poland and Bulgaria. The EU and Russia are still in a standoff over demand that Russia’s “unfriendly” nations—such as all EU members and the UK, among many others—pay in rubles for Russian gas. Meanwhile, the European Commission said that companies in the EU may have a way to pay for Russia’s gas in rubles without violating sanctions on Moscow. Due to high volatility in European gas market LNG as a bunker fuel is still not listed. 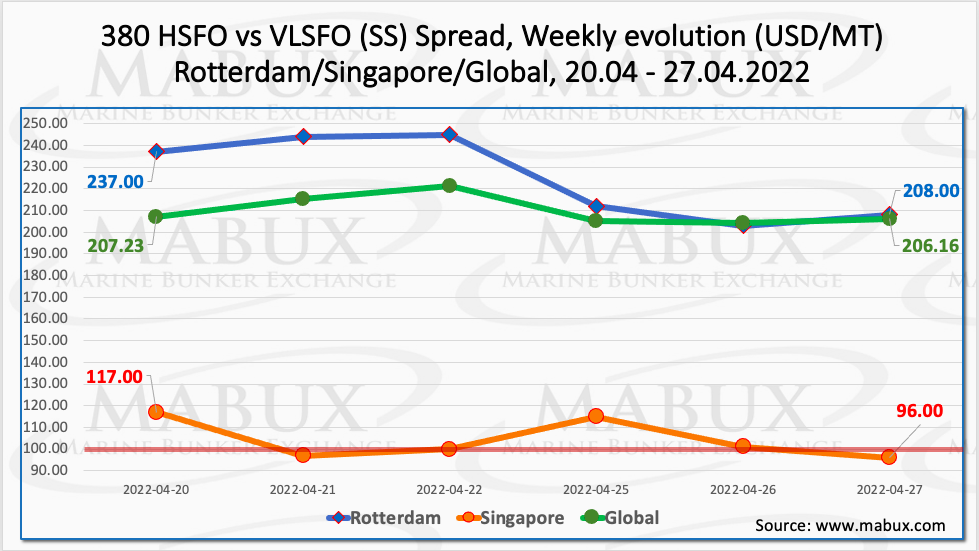 The Port of Rotterdam has reported that its freight throughput for the first quarter of 2022 was 1.5% down y-o-y, with a big drop in mineral oil products and Russian fuel oil cargoes in particular. In total, liquid bulk throughput decreased by 1.0% to 51.5 million tonnes. While the volume of crude oil remained virtually unchanged (just 0.2% down at 25.5 million tonnes), the throughput of mineral oil products – and fuel oil in particular – was down significantly, dropping more than 20% at 13.5 million tonnes. The Port Authority noted that around 13% of Rotterdam’s cargo throughput in 2021 was ‘Russia-oriented’ – and roughly 30% of crude oil, 25% of LNG, and 20% of oil products and coal came from Russia. While Rotterdam’s Q1 results registered a drop in the throughput of Russian cargoes, the full impact of the Russia-Ukraine conflict will be more apparent in the Q2 figures.

The global bunker market remains highly volatile amid the ongoing military conflict in Ukraine. We expect bunker indices to edge up next week.
Source: By Sergey Ivanov, Director, MABUX