Major Commodities’ Trade Could Bode Well for Shipping During 2021

Trade volumes for iron ore and other dry bulk commodities have shown considerable promise of late, offsetting the coal “issue” between China and Australia. In its latest weekly report, shipbroker Allied Shipbroking said that “it has been a week of further boosts in global commodity prices as the gradual roll out of vaccines for COVID-19 start to boost optimism and hopes as to the potential economic recovery we may well witness next year. There has been considerable speculation now being placed that markets and the global economy will see a much earlier rebound then what had been originally anticipated, with most analyst and traders now placing bets on an early recovery making its presence felt within the first half of 2021”. 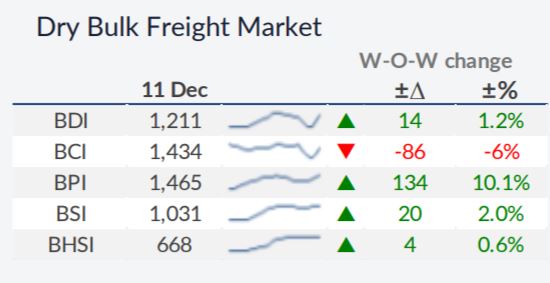 According to Allied’s Head of Research & Valuations, Mr. George Lazaridis, “the breakthroughs made in terms of a Vaccine and the gradual roll out brings hope that a fair amount of the lockdown measures and restrictions will be slowly be lifted early on in the new year, possibly allowing for most economies to return back to “business as usual” while we are likely to also see yet another post-lockdown buying spree take place as many traders look to recovery any lost trades and take advantage of any bargain prices that may still linger. For the time being most of this rally in commodity prices looks to be driven by speculative flows and trades assisted to a great degree by the favorable financial conditions. Yet there seems to be some sound basis to the speculative play at hand, with many seeing a renewed appetite to be shared by economies around the world as they seek to rejuvenate their industrial production and consumer spending”. 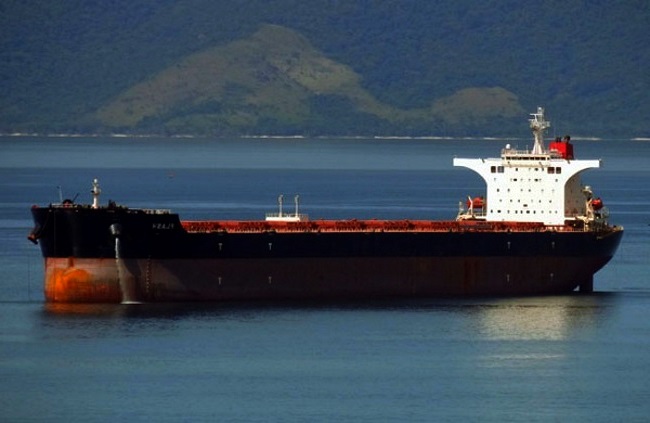 Lazaridis added that “in cases such as that of Crude oil, the effects have yet to be felt within the shipping industry, with the tanker freight markets still lingering in the doldrums as demand has yet to show any real signs of optimism. Yet, with crude oil and other energy-based commodities leading the charge right now in the commodity price rally, there is hope that here too we will see better days to come as we turn over a “new leaf” and leave 2020 behind”. 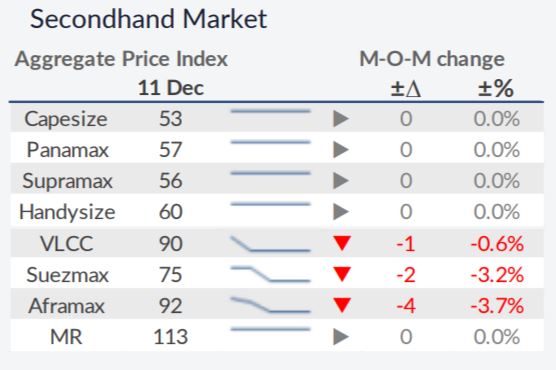 Meanwhile, “things have been looking much better however in the dry bulk commodities, with major commodities such as iron ore having shown considerable promise in terms of both its price as well as actualized trade volumes. Prices for iron ore have jumped by more than 25% since early November, reaching levels not seen since back in 2013. This has in part been driven by speculation and increased optimism for the market, but at the same time a major driver has been the increased demand being witnessed out of China. This Chinese effect has not been limited to iron ore alone, with Chinese demand having driven a fairly bullish outlook for most dry bulk commodities, as demand from the Far Eastern giant has helped keep trade flows going and looks to be gathering pace now”, Allied’s analyst said. 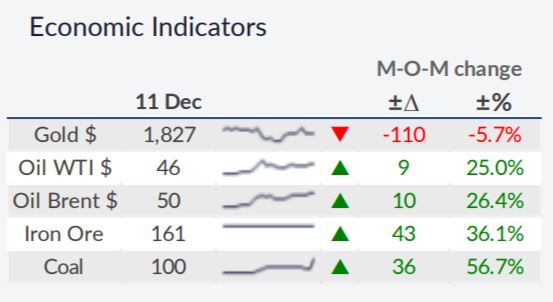 “This still leaves for some concern over the state of the dry bulk freight market come end of January, where the Chinese New Year festivities will likely cause disruptions in this pattern and given the increased reliance on China as of late could have an amplified effect. However, this is more and more looking to be a temporary setback, with markets likely to rally fairly quickly thereafter, especially if most major economies have been able to ease back their pandemic restrictions and have started to edge back into recovery mode. For the moment, all this seems to be just part of a wave of optimism sweeping through markets, though there does seem to be some sound basis being portrayed from the side of market fundamentals. Nevertheless, even if the recovery process manages to start off earlier than expected, it is still a steep hill to climb and will take some time before we can see the true extent of the collateral damage that the 2020 pandemic has left in its wake on the global economy”, Lazaridis concluded.
Nikos Roussanoglou, Hellenic Shipping News Worldwide