Ship owners are expected to face huge delays and congestion in their attempts to book future retrofitting or ship repair projects in the various yards around the world. In its latest weekly report, shipbroker Intermodal said that “it was beginning of 2020 – close to 6 months from now – when we first experienced the huge impact of the COVID 19 outbreak on Ship Repair sector. At that time, in February 2020, COVID existed only in China, where almost all ship repair activities were frozen, just a few days after the first announcement from the Chinese government that the CNY will be postponed till 10th of February. From that day till today, the sector has been challenged in many ways, with different locations being affected every time and in various extents”.

According to Intermodal’s Mr. Vassilis Vassiliou, Ship-repair Broker, “the virus spread flow, when was causing a lock-down in one region, the same time was overfilling with massive bookings for ship repairs these regions which were still able to offer such services. Initially, when China was isolated, both Singapore and Arabian Gulf faced a massive demand for drydock slots, which was much greater than what they were able to accommodate. A few weeks later, European and Turkish shipyards seized operations and China has slowly resumed its activities. Nowadays, while China has almost fully recovered from the shortage of the manpower, Singapore and Arabian Gulf are underperforming”. 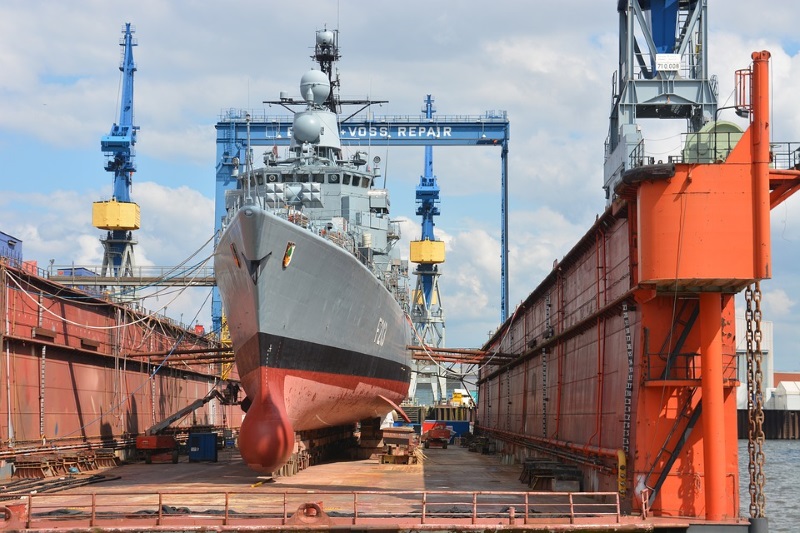 Vassiliou added that “owners throughout this period have left with fewer options for drydocking their fleet while at the same time must overcome some commonly found difficulties as described below. Due to the travel restrictions, worldwide, Owners do have the only option to attend remotely their ship drydocking. Repairs are being carried out with local superintendents, which are not familiar with Company’s operating norms, while control on the projects is slack with decision making very slow. In addition, by having only a few options from yards under operation, Owners have to eventually select a yard which is usually heavily loaded and, in some cases, do not match ideally to the project in terms of cost, quality or location. A major problem during this time is the uncertainty of the situation during the planning phase. While for many projects, yard’s selection process is correct, when the vessel is arriving to the yard, the criteria may change, and new challenges need to be overcome. Last, source of local service engineers and unnecessary delays in delivery of spare parts are also a common problem to handle. An example describing the extent of the later one, in China, since oversees UTM engineers cannot travel; there is a severe shortage on local UTM companies forcing the competition against the ship owners”.

Intermodal’s broker added that “the greatest challenge is for specialized non-conventional vessels, being repaired in certain areas, where during certain lockdowns, Owners are left with no other options for carrying out their repairs. Important to mention that COVID outbreak which has resulted to a severe drop in oil prices, has also narrow the price spread between high and low Sulphur heavy fuel oil. This has brought all future scrubber retrofit projects under a big question mark. While considering the above, leaving ahead the second half of the year which will hopefully coincide with the time when the world will get the virus under control, it is expected to have another wave of ship repairs to fill again most of the yards. This peak is going to be extremely high considering the massive postponements on the repairs during the last 6 months”, Vassiliou concluded.
Nikos Roussanoglou, Hellenic Shipping News Worldwide